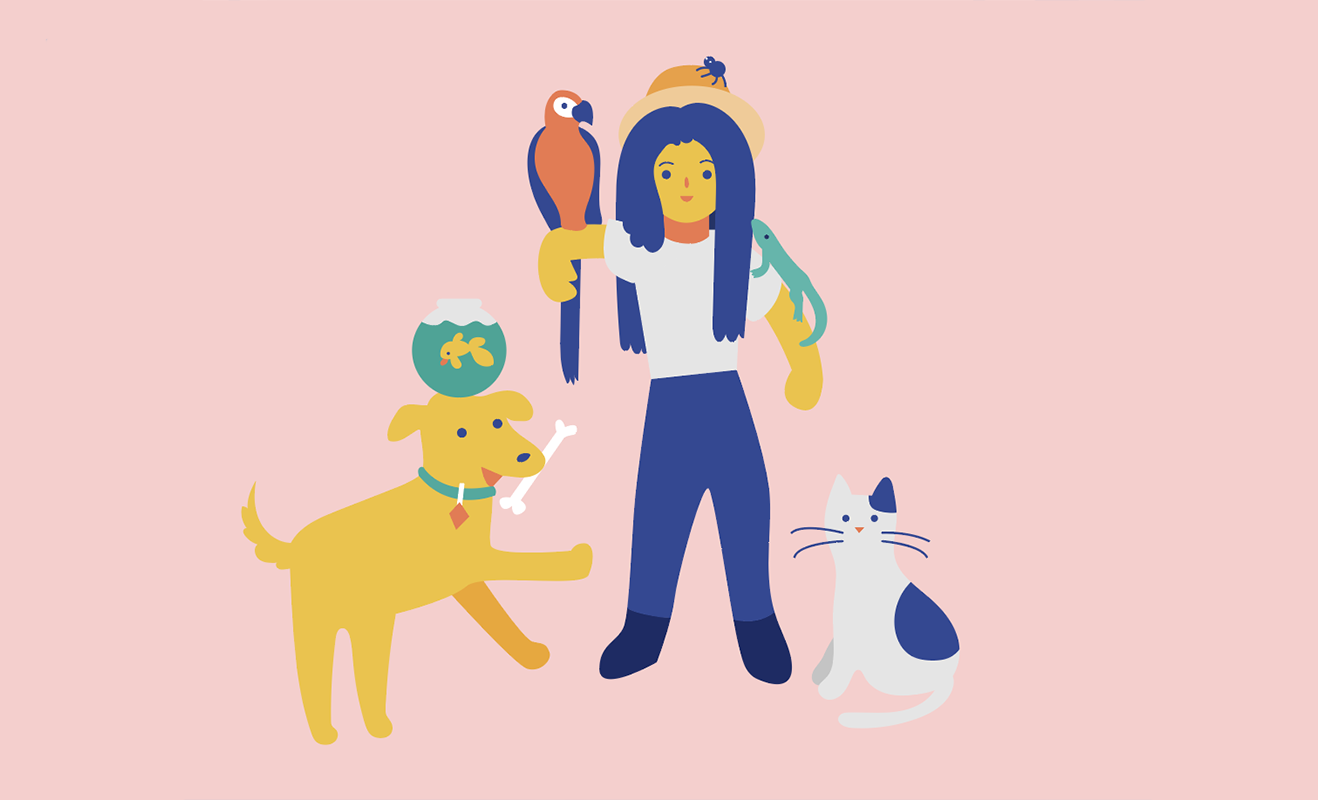 Animal companionship has become increasingly more popular over the last years. The most recent National Pet Owners Survey shows that currently 67 percent of all U.S. households include at least one pet. Likewise, the U.S. Census has reported that the number of pet owning households is 84.6 million, according to the American Pet Products Manufacturers Association.

The Impact of our Loyal Companions

It is undeniable that pets bring many benefits into our lives. Our furry, feathery, scaly, and prickly pets not only provide us with companionship, but they can also be considered as an extension of our family. Across various dimensions of mental wellbeing, pets have been associated with improved quality of life. Whether walking one’s dog around the block after a long day at work, playing lasers with your cat after an exhausting commute, or redecorating one’s fish or turtle tank while awaiting news, sharing time with one’s pets can help us de-stress, ease worries, and help us cope with everyday life.

A survey conducted by the Human-Animal Bond Research Institute in 2016 showed that 74 percent of pet owners stated having a pet improved their mental health and 54 percent said it improved their physical health. This benefit is widely acknowledged by health professionals, with 97 percent of family physicians in the U.S. endorsing the health benefits that pets provide to their owners (Herzog, 2018).

Among the scientific community there is an emerging body of research recognizing and supporting the impact that pets can have on our mental health. To date, there are more than an astoundingly 6,300 peer-reviewed journal articles exploring this relation (Hoy-Gerlach, Vincent, Lory Hector, 2019).

An article published by the American Psychological Association in 2011 reports that pet owners noted “greater self-esteem, were more physically fit, tended to be less lonely, were more conscientious, were more extraverted, tended to be less fearful and tended to be less preoccupied than non-owners.” Similarly, a Harvard Medical School article published in 2016 described that individuals receive unconditional love and support from pets, which can provide us with feelings of security. Additionally, caring for our animal companions can give us a sense of purpose and responsibility, which can lead to validation.

Yet the role of pets in our health extends beyond the aforementioned ones. It is worth mentioning that sometimes pets take on an even more vital role in a person’s life. For instance, for people afflicted by some mental health conditions like depression, anxiety, bipolar disorder, or PTSD, the comfort of having a pet can be therapeutic. These types of pets are called emotional support animals (ESAs). ESAs are animals prescribed by a licensed therapist or psychiatrist with the purpose of helping their owners to cope with emotional and difficult issues. However, an ESA does not require the same extensive training as a service animal or a working dog does.

A Bond that Helps us Cope

While pets can serve as a powerful form of support, they by themselves do not substitute professional help. Seeking adoption in shelters, or volunteering in them, can be an inexpensive means of obtaining or interacting with pets. Both adopter and adoptee can provide each other with quality time that can improve both their quality of life. Dogs and cats are among the most common choices for a pet; however, other animals, such as fish, birds, turtles, snakes, and insects, can also be loyal companions to help us through the stressors of daily life — or even help us cope with mental health symptoms.