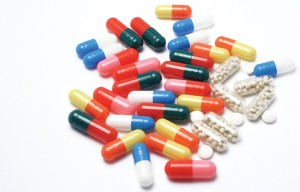 On the evening of May 24th the McAllen Convention Center hosted the “Friends of Texas Pharmacy” event sponsored by the Rio Grande Valley Independent Pharmacists Association (RGVIPA), American Pharmacies and the Alliance of Independent Pharmacists of Texas (AIP). This public event represented the first in a series of similar events by APRx and AIP that will take place all across Texas for the purpose of bringing awareness to the problems created by the recent overhaul in Medicaid that has re-emerged as a managed-care system, while rallying support for independent pharmacists.

The nearly three hundred people in attendance included Pharmacists, health care employees, customers, and volunteer groups for the elderly.  Former Edinburg Mayor Joe Ochoa, who now currently serves as a board member for APRx, opened the meeting with an introduction to RGVIPA Pharmacist, Danny Vela, who operated as master of ceremonies. Several members of the community took the stage to voice their concerns; among them was Pharmacist John Calvillo of Med Aid Pharmacy in Mission who provided a detailed presentation addressing the issues that arose when the state switched from a fee-for-service model to managed care. Since the program’s inception approximately twenty-six independent pharmacies have folded in the state of Texas when the average dispensing fee for prescriptions plunged from $7.13 to $1.53 under the new managed-care system.

Unable to keep up with operating costs the new policies have forced many pharmacies to close, in some cases overnight. Pharmacists must now rely on customers paying in cash or with private insurance in order to make ends meet. The auditorium which was crowded with hundreds of young adults working in the pharmaceutical industry demonstrates the potential for catastrophic job loss on both local and state levels.  According to Calvillo the new Medicaid managed-care is re-directing millions of dollars in pharmacy revenue to out-of-state HMO’s and PBM’s which in turn creates a slew of problems for Medicaid patients who are finding it increasingly difficult to gain access of their medications. Under the previous Medicaid system all pharmacies throughout the state received equal reimbursement rates. With the change in legislation that occurred this past year pharmacies are now required to enter into contracts with “Managed Care Organizations” known as MCO’s. These MCO’s offer varying rates that are established by “Pharmacy Benefit Managers” or PBM’s all of which are located out-of-state.  “Pharmacies deserve equal payment under Medicaid and the ability to compete fairly in a marketplace where PBMs constantly try to steer patients to mail-order or PBM-owned pharmacies” asserts Calvillo.

To gain a greater understanding of the problem a short documentary was featured. This film originally made for the Texas Tribune, was created by former multimedia editor of the UTPA Pan American, and UTPA alumnus Pamela Morales. The touching film takes an intimate look that the lives and livelihoods of those affected by the managed-care system. The Rio Grande Valley’s unique topographical layout points to the fact that there exists dozens of rural communities, the majority of which rely on the services of these independent pharmacists.  The legislation passed in the spring of 2012, threatens to undercut the quality of life for thousands in the Rio Grande Valley.

Currently both state and federal legislators, alongside organizations like the American Pharmacies Co-op, are working together to lobby for the protection of these independent businesses. U.S. Rep Ruben Hinojosa, State Rep. Sergio Munoz, and State Senator Juan Hinojosa were among those in attendance. “Independent pharmacies fill 1.5 billion prescriptions a year nationwide and contribute $92 billion to the U.S. economy, these pharmacies deserve to be paid fairly” Hinojosa said.  In addition to lending their support each of the legislators that took turns speaking to the public, emphasized the importance of voting as a means to be heard and enact change.  More specifically, Representative Hinojosa encouraged the potential voters to support pro-pharmacy candidates, and a call to action for public rallies, in pursuit of not only increased reimbursement but also transparency from the PBM’s and HMO’s.  In accordance with Representative Hinojosa, State Senator Juan “Chuy” Hinojosa explained the necessity of public support for legislators who fight for these pharmacies “Independent pharmacies are committed to our communities,” he said. In addition the senator announced his intention to sponsor a bill in the upcoming year that would promote the interest of independent pharmacies under the new managed care program.

In his closing statement, Laird Leavoy, APRx VP of Sales, spoke directly to the pharmacists some words of much needed encouragement,  “You are very well-trained, very-well-educated and incredibly accessible to our citizens,” he said, reassuring those in independent pharmacies that they are indeed a valid and vital part of the US economy and necessary to the maintenance of quality medical care.