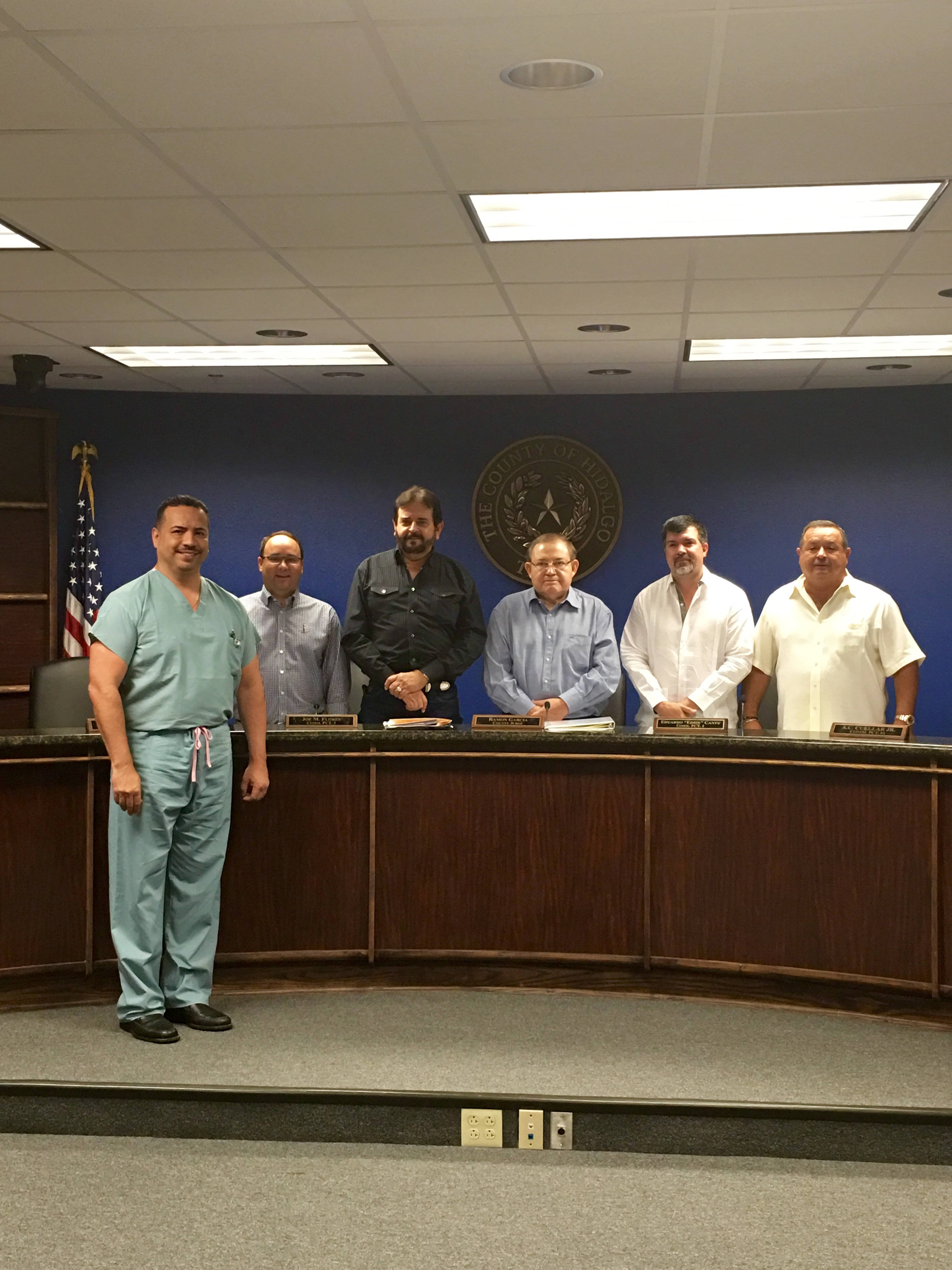 Under the leadership of Pharr Mayor Ambrosio Hernandez, M.D., the city of Pharr has been taking a proactive role in the federal and state arenas to attract attention, and in turn, funding, for regional projects that benefit the entire Rio Grande Valley. For instance, the need for additional funding for freight network infrastructure projects in the Rio Grande Valley has become a significant priority for Pharr, and leaders recently stepped up to fight for our fair share. Since early summer, the city of Pharr has worked jointly with federal representatives, including U.S. Senator John Cornyn, U.S. Congressman Ruben Hinojosa, Congressman Henry Cuellar, Congressman Filemon Vela and San Antonio Congressman Will Hurd, to advocate for additional funding designed specifically for freight network projects to be included into the federal transportation reauthorization legislation, the “FAST ACT.” The bill recently passed with strong bipartisan support and included additional funding for freight network infrastructure ventures for the next five years.  With this innovative funding mechanism solely for freight infrastructure projects, the Rio Grande Valley has the opportunity to compete for this competitive funding by publicly supporting the Hidalgo County Regional Mobility Authority’s International Bridge Trade Corridor (IBTC) project.

“It is important that we make ourselves just as competitive as other regions applying for these same funding allocations,” said Pharr Mayor Ambrosio Hernandez.  “That is why we must approach this project from a regional stance, and we are fortunate that our region has strong political support on the federal, state, and local levels,” he continued.

Supporting these efforts is Texas State Senator Eddie Lucio, Jr. , who commented, “The collective efforts of Mayor Hernandez and the federal legislators are to be commended, because the Rio Grande Valley has the opportunity to grow and improve our freight infrastructure and economic solvency.” He continued, “South Texas and the Valley legislative delegation ha veworked tirelessly to be competitive with other regions of the state and nation, and the procurement of FAST ACT funds would be another significant step in the right direction.” ” These projects are going to benefit not only the freight industry, but several other ancillaryindustries providing jobs and opportunities for the Rio Grande Valley ,” Lucio added. “I look forward to building on this regional effort and work closely with HCRMA and CCRMA to ensure that the Valley has the best freight infrastructure in the state,” he ended.

Texas State Representative Armando Martinez added, “We are at a critical point in the development of the Rio Grande Valley. With our busy international bridges and exploding population, it is imperative we work together as one region.  As Vice-Chair of the Texas House Transportation Committee, I have learned in Austin, as well as in Washington DC, that the Rio Grande Valley is viewed as one region, and we are stronger as one.  When we all work together, we all prosper.”

Since the announcement of the passage of the FAST Act and the city securing two spots on the Texas Freight Mobility Plan outlining the regional need for the expansion of the 281 Interchange and a freight corridor like the IBTC, Pharr continues to bring awareness on every level of government.

Since January, Pharr has been fortunate to host close to 15 members of Congress that serve either on the Transportation or Agriculture committee.  On a local level, Mayor Hernandez has worked diligently with the HCRMA constructing a Plan of Action to gain the backing of all cities in Hidalgo County and potentially in Cameron. Most recently, on March 7, 2016, Hidalgo County Commissioners’ Court unanimously approved two resolutions in support of both the 281 Interchange Expansion and the IBTC project, initiated by Mayor Hernandez..

Recently, Hernandez and his team have begun setting up meetings with neighboring cities in pursuit of gaining their support for the project with the end goal of having one comprehensive Memorandum of Understanding (MOU) for every supporting city to sign.  Hernandez and his team have also been attentive to the recent announcement of the newly- created federal grant program known as FAST LANE.  With a 45 day time period given to compete for funds, Hernandez stated, “We are working in overdrive to make sure the project is eligible in time and also making quick trips to Austin to continue the dialogue and work closely with the Governor’s Office, the Texas Department of Transportation, and our legislative delegation to ensure our project is competitive, and ultimately, successfully awarded.”

“We understand that there are other projects that are just as important, but as a region, we must be able to rally together with one voice for projects of this magnitude at a minimum price tag of $100 million dollars.  No one city can do it alone and be effective on the national and even state level. We all love the fact that we continue to prosper and grow, but with that same progress comes the need for infrastructure advancement,” Hernandez continued.

Currently, the significant increases in trade and commerce along the ports of entry have contributed to the damage that is now seen on all city streets.   With the Pharr International Bridge supplying the most economic and efficient route for trade and commerce via Mexico’s new Mazatlan/Matamoros super-highway (known as the Supervia) comes the need to reroute freight traffic for all our cities.

“There will come a time that all our ports of entry will have the ability to cross commercial traffic and we as a region must be ready to fulfill the needs of the industry.   Without viable traffic options for the industry, there can come a time where outside ports of entry from other regions will become more appealing. I look forward to strengthening city partnerships and assist in cultivating those collaborations for many other projects,” Hernandez added.

The city of Pharr looks forward to launching the project in collaboration with the HCRMA and with all relevant city, county, state, and federal leaders to promote comprehensive and cohesive regional projects that benefit the entire Rio Grande Valley.