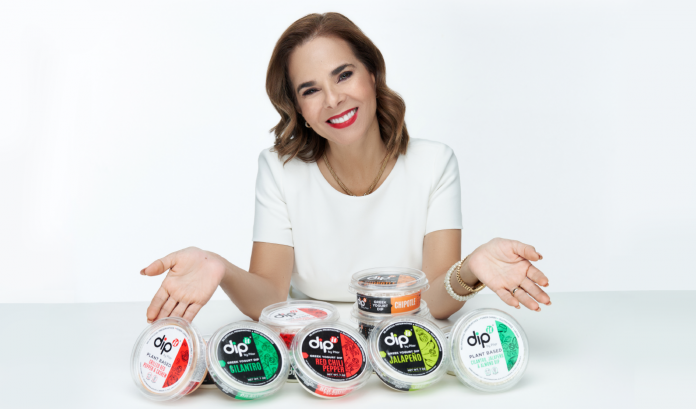 While spending time on her grandparent’s ranch in Mexico, Pilar Gonzalez didn’t think of her family recipes as being her future. Not even as she learned to make dips to sell in her aunt’s store did she imagine where the recipe would lead her.

“I brought them to the states and kind of tailored the recipe for the needs of the new market that I was getting into,” said Gonzalez. “I just started selling them at my house at the very beginning. People went by and called me ahead of time, so I could prepare them.”

When she sold a restaurant, the new owner called her to ask about the dips the customers were requesting. When he heard that Gonzalez made the dips herself, he asked her to sell them to him. She decided if she were selling them to him, perhaps other businesses would be interested also. This started the journey to creating DipIt by Pilar.

“I didn’t have an ‘aha’ moment; it is just something that just happened,” she said. “It just came to me and started growing and growing and growing. I couldn’t stop it, so I listened to what I was living at that moment, and I just grabbed it with my hands, soul, and spirit and followed the instinct.”

One expense of her new business was buying chips for demonstrations, so she partnered with another local entrepreneur to demo his chips with her dip. When the chip maker entered a new, Shark Tank-style contest through the Mission Economic Development called Ruby Red Ventures, he returned the favor and used her dips to demo his chips.

“He called me in the evening and said, ‘forget about the chips, they want the dip.’ And he insisted that I come join the contest,” Gonzalez said. “And I didn’t want to do it because they’d have to send me to college — that six-month program where they teach you how to do your balance, how to ask money from the bank, and you have to pay the bank back, and how to do projections and everything. I didn’t want to go through that, But I did, and I won.”

Gonzalez entered the Ruby Red Ventures contest twice, winning a total of $50,000 to grow her business. The Mission EDC then invited her to represent Mission in a larger, state-wide contest: H-E-B’s Primo Picks Best of Texas. Placing second in the H-E-B contest gave Gonzalez $15,000 and a contract to have her dip in 50 H-E-B stores across the state. That has since increased to 175 stores. 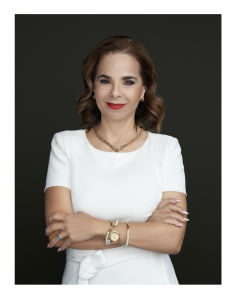 “It’s been amazing!” she said. “It was a life-changing experience. It was something that really opened the doors to a new world that I wasn’t aware of and gave me a lot of opportunities.

“I encourage a lot of people to enter the contest and to put their heart and soul into it and surround themselves with people more intelligent than them that compliment them, because it’s what I did. And I learned every step of the way.”

After winning the H-E-B contest, Gonzalez went back to the Mission EDC and asked for help to learn how to transition from making dips in her kitchen to an industrial level.

“I borrowed money from the bank and started the process. It took me two years — to go back to school to learn to operate the equipment and do the projections, to learn how to manage the cash flow, understand the market, and all the things that were involved in producing for a supermarket.”

Lessons Along the Way

The first lesson Gonzalez shared she has learned from her experience of growing her business was humility.

The second lesson came as advice from one of her mentors.

“It was ‘be patient,’” she said. “I need to have patience. I need to know that it is OK to fail. But if you are patient, you can start moving forward again.”

Gonzalez said she listened to the life she was living when she started her business. This has been a life lesson that has served her well.

As her business continues to grow, Gonzalez is giving back by helping other entrepreneurs achieve their goals. She is mentoring the 2022 Ruby Red Ventures winner, Annie Leal, the creator of sugar-free and keto-friendly candy, “I Love Chamoy.”

In addition to providing advice and guidance, Gonzalez is helping I Love Chamoy and another small business out of Wimberley, Sandra’s Salsa, with co-packing.

“When I started, I was struggling,” she said. “I had to do it myself. I had to do my own food manufacturing plant because no one wanted to do such small amounts of products. It wasn’t profitable.

“The most important thing for me is to open other opportunities for new entrepreneurs to support their success. Doing so is also helping create new jobs and supporting the local economy.”

DipIt products can be found in HEB or at dipitbypilar.com.