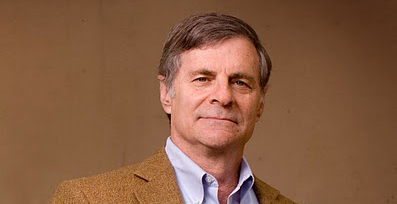 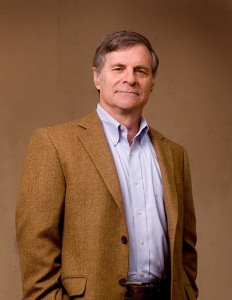 Many Rio Grande Valley residents remember the days during the 1940s and ’50s when the dread of polio hung in the air, when parents were excessively mindful of their children, worrying whose child would be struck next by this dreaded disease that had no known origin and no cure.

“Polio is a great American success story. It was a high point for American science and American volunteerism,” said Dr. David Oshinsky, recipient of the 2006 Pulitzer Prize in History for “Polio: An American Story.”

Oshinsky will be the featured speaker for the fall Distinguished Lecture Series at The University of Texas at Brownsville and Texas Southmost College at 7 p.m. on Thursday, Oct. 13 at the Science and Engineering Technology Lecture Hall. Earlier that day, he will speak with high school and college students at Jacob Brown Auditorium.

A historian of modern America who grew up in the Baby Boom era, Oshinsky said he remembers what life was like before the two polio vaccines came into effect – the Salk vaccine in 1955 and the Sabin vaccine a few years later.

“I am old enough to remember life before these vaccines. Every summer, polio would come like the plague; it was absolutely terrifying. I can remember so clearly my mother, every day, giving me a polio test. I’d have to touch my toes and touch my chin to my chest to make sure there was no paralysis,” said Oshinsky, who holds the Jack S. Blanton, Sr. Chair in History and is a Distinguished Teaching Professor at The University of Texas at Austin.

Although polio has been in existence since ancient times, it became epidemic in the late 19th century. The first recorded polio epidemic in the United States occurred in 1894 in Vermont. The disease gained prominence following World War II, when “the battle against polio resulted in the largest and most successful public health crusade in modern American history,” according to Oshinsky.

The story of polio in this country is also the story of the evolution of American philanthropy and volunteerism. It is the story of the March of Dimes founded in 1938 by President Franklin Delano Roosevelt, himself a polio victim, as the National Foundation for Infantile Paralysis. Oshinsky tells of the thousands of American mothers, his own among them, amassing hundreds of thousands of dollars, one dime at a time, to go toward research that would discover a polio vaccine.

“That was a time when the government put very little money into scientific research,” said Oshinsky. “It was up to the people of America, the parents of America, to unite and figure this out for themselves. And fortunately they had this wonderful organization, March of Dimes, that mobilized them. There was a kind of can-do spirit that was just amazing – no red states, no blue states – just parents uniting to protect their children.”

Texas was hit by polio as was the rest of the country. According to Oshinsky, one of the biggest epidemics in America, per capita, took place in 1949 in San Angelo, Texas. In fact, he opens his book with the story of the San Angelo epidemic.

“By mid-June more than half of San Angelo’s 160 hospital beds were filled by polio patients, almost all of them children under 15,” Oshinsky writes.

He tells of San Angelo volunteers overcoming their fear of contagion to help the exhausted small staff of doctors and nurses and of the hospital alarm that would be sounded whenever thunderclouds appeared on the horizon. When electricity was knocked out due to a thunderstorm, volunteers and hospital staff had to manually pump the iron lungs.

“There was no prevention and no cure; every kid was at risk,” Oshinsky said. “America had become a Baby Boom society when everything revolved around children, and there no way to protect your child from this insidious disease that targeted young kids. It was a crack in the American middle class picture window.”

A compelling component of the history of polio in America is the story of the competition between Dr. Jonas Salk and Dr. Albert Sabin, the two scientists who ran a feverish race to be the first to discover a vaccine against polio. Oshinsky unfolds this story in his book, giving the reader a behind-the-scenes look at the scientific community and the egos of the players in this drama.

In 1954 when Salk and the March of Dimes declared his vaccine ready for mass testing – after laboratory tests on monkeys and small numbers of children – nearly two million children participated in what Oshinsky calls “the largest public health experiment in American history.” Among them was young Oshinsky, whose mother stood in line with him to receive an injection – either the placebo or the real vaccine, no one knew which.

“We must keep vaccinating children,” said Oshinsky. “Preventable diseases are making a comeback. When I speak to young people today, I want to impress upon them that polio could return to the United States; and I also want to make them aware that polio very much alive in other areas of the world, including parts of Africa and Asia.”

The effort to eradicate polio worldwide is now being vigorously fought by Rotary International and the Bill and Melinda Gates Foundation.

“The Gates Foundation and Rotary have invested hundreds of millions of dollars – along with dedicated Rotarian volunteers – in this noble mission,” said Oshinsky. “Smallpox was wiped off the face of the earth, and they are committed to doing the same for polio. They are doing God’s work.”

Oshinsky divides his time between Texas and New York. Spring semester finds him teaching at UT Austin while during the fall semester he teaches at New York University. He said he and his wife, Jane, are pleased to have their first visit to the Rio Grande Valley on their calendars for mid-October.

“I met your wonderful president [Dr. Juliet V. García], at the UT Board of Regents meeting last December, and she spoke so glowingly about Brownsville. At that time I thought Jane and I would like to come down for a visit. So when I got the invitation to be the DLS speaker, it was a no brainer. We are both looking forward to it.”

In conjunction with the DLS event, an essay contest is held and is open to any high school student attending a private or public high school in the Rio Grande Valley. A panel of judges will select the 10 best essays. The first, second and third place winners will be selected by Oshinsky. Details of the contest will be announced soon.

The Distinguished Lecture Series is an important fundraiser for UTB/TSC, providing support for student and faculty trips, research and projects for which state funds are not available through the Scorpion Fund.

The Scorpion Fund has provided many opportunities for students, including support for UTB/TSC student Ivan Hernandez to attend the Eastern Music Festival, in Greensboro, North Carolina, from June 25 to July 30 of this year.

“Having scholarships has allowed me to turn my passion into a career,” said Hernandez. “The financial assistance allows me to play more and to want to study more and keep trying harder and keep practicing more and the excitement continues to grow.”