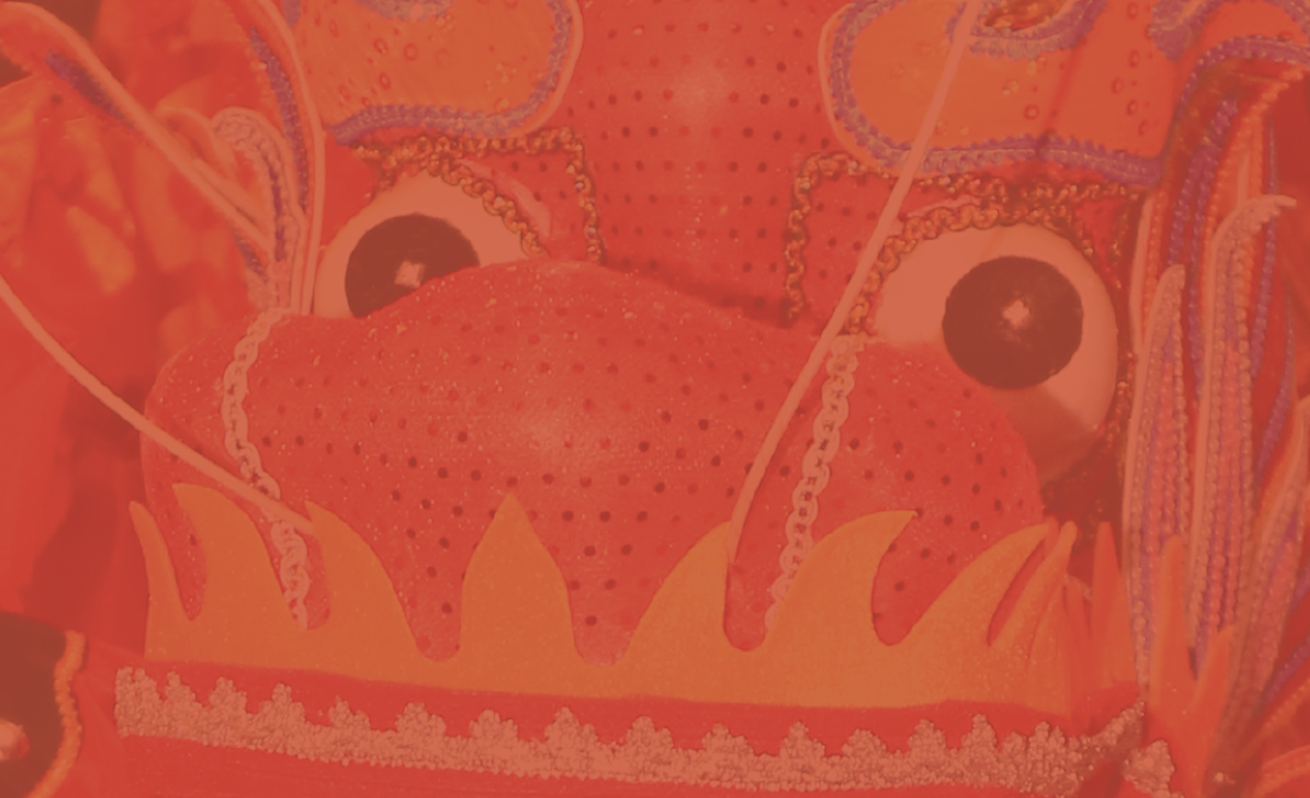 In an effort to build bridges of understanding and expose students to different cultures from around the world at an early age, Pharr-San Juan-Alamo ISD and the University of Texas Rio Grande Valley have partnered to promote international education in the area through a generous grant from the U.S. Department of Education.

UTRGV was awarded an Undergraduate International Studies and Foreign Language Program grant of $172,000 to promote global awareness throughout Hidalgo County. As part of the grant, about $16,000 will go toward conducting community outreach at PSJA ISD, especially to students and staff through the district’s renowned Dual Language Enrichment Program. 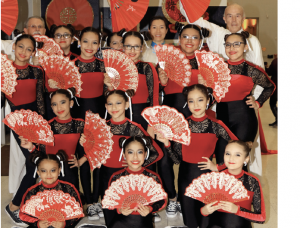 First started in 1995, the PSJA Dual Language Enrichment Program’s mission is to help students develop biliteracy skills and maintain high levels of cognitive abilities. Since its creation, over 1,400 students have graduated with Dual Language Bi-Literacy Seals on their high school diploma. This seal is given only to those students who complete the rigorous program helping them master both academic English and Spanish languages.

While this is a districtwide program, PSJA ISD is piloting a third language, Mandarin Chinese, at six campuses that are part of the PSJA Southwest Early College HS cluster. Recent studies show that English, Spanish, and Mandarin languages are not only among the top spoken in the world, but also the ones with the highest business demand.

For Linda Garcia, a parent of two PSJA ISD students enrolled in the Dual Language Enrichment Program, she is grateful and proud that her children will be trilingual by the time they graduate from high school.

“I am excited for them. It teaches them about different cultures and diversity,” said Garcia, whose kids attend Garcia Elementary School and Kennedy Middle School. “They are going from English to Spanish and now even Mandarin Chinese.”

According to UTRGV Associate Vice President of Global Engagement Dr. Dennis Hart, thanks to dual language programs like PSJA ISD’s, the Rio Grande Valley has the potential to show the world that it is a leader in bilingual education. Most recently, PSJA ISD, UTRGV, and the City of Pharr partnered to host International Week and the 2nd Annual Lunar Year Festival at PSJA Southwest ECHS on Feb. 8. 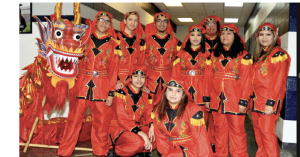 “We wanted to reach out to the community to build up international and foreign languages. That led us straight to PSJA ISD because their Dual Language Program is the best in the Valley,” Hart said. “PSJA ISD has hit the trifecta by teaching the most commonly spoken languages in the world: Chinese, Spanish, and English.”

The week-long event included interactive workshops taught by UTRGV professors, and it was concluded with the 2nd Annual Lunar Year Festival in partnership with the City of Pharr, where more than 800 community members learned more about the Chinese culture. 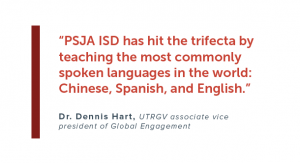 cording to Hart, some of the benefits of studying different cultures and foreign languages include students graduating with higher GPAs and communities having higher employment and college acceptance rates.

“These skills and aptitudes contribute to our young people’s global competency,” Hart said. “Employers today want recent graduates to have a better understanding of world cultures, languages, politics, and economics. Those who do get better jobs.”

Over 15,000 students are currently enrolled in PSJA’s Dual Language Enrichment Program. Of these, more than 500 elementary, middle, and high school students are learning the Chinese culture and language through the district’s pilot program.

According to PSJA Dual Language Enrichment Program Director Olivia Martinez, establishing a solid foundation at the elementary level is key to students’ growth, development, and overall success in the program.

“Our students are so well prepared that by the time they leave fifth grade, the teachers in middle school are able to take them to the next level, ” Martinez said. “We know that once you learn a first, second, and third language, you are ready to take on more than that. We want to give our children more because if three languages give them so much opportunities, can you imagine what four or even five languages would do?”