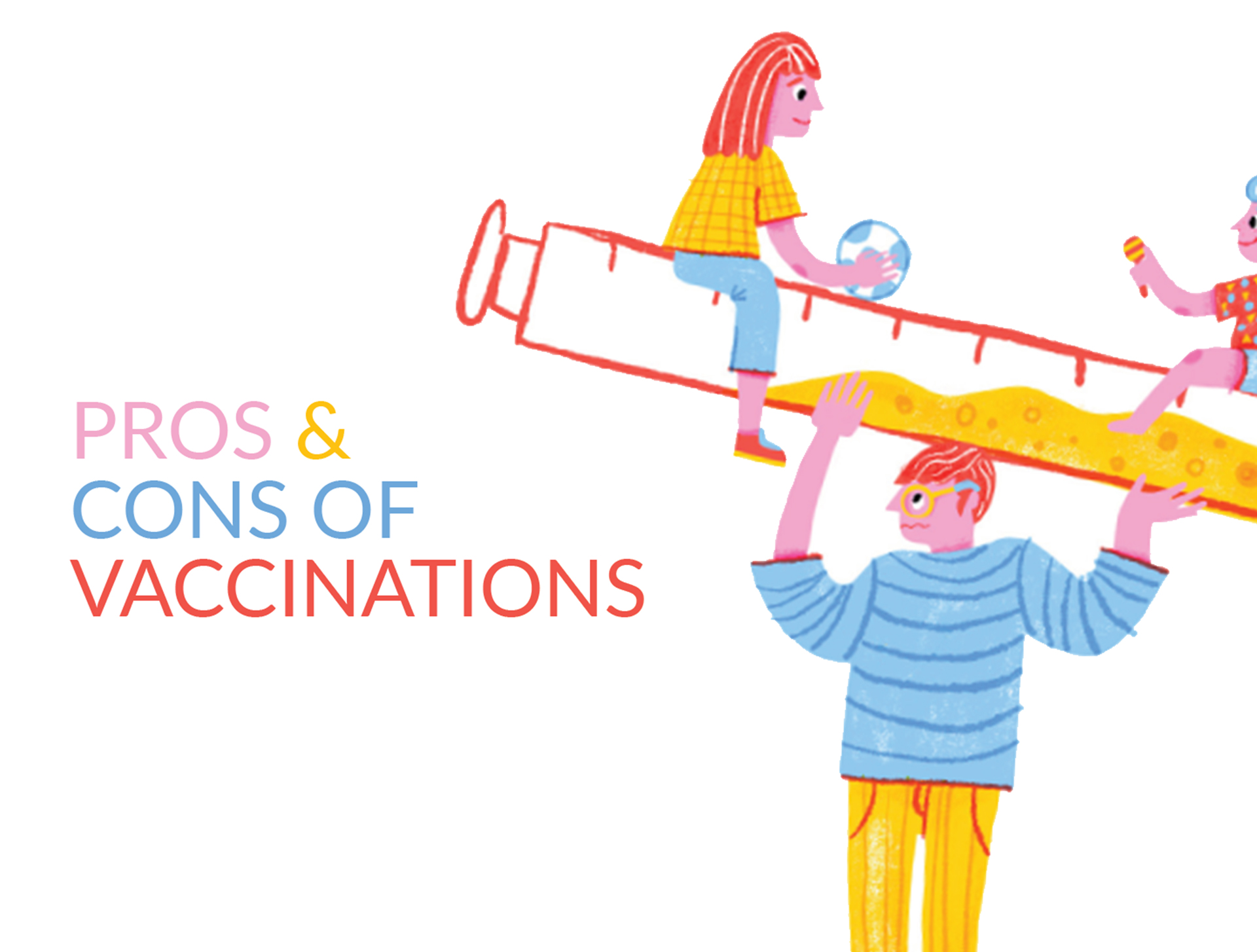 Parenting is filled with some hard choices. Wanting what is best for your child is the motivating factor behind the decisions parents make every day. You are responsible for the life, well-being, and continued growth of another human being and it is not easy to know the right thing to do. One of the earliest critical choices new parents face are health-related; whether it is deciding between birthing methods or wrestling with the pros and cons of childhood immunizations.

Vaccination is said to be one of the greatest health developments of the 20th century. However, according to the Centers for Disease Control (CDC), all vaccines carry some risk of serious, and sometimes fatal, side effects. The heated debate surrounding vaccination continues to polarize people on both sides of the issue, but what does not seem to be in question is the unifying motive driving individuals to choose one side over the other, which is doing what they think is best for everyone involved.

Safety of the Ingredients

The professionals and individuals who have reservations about vaccines cite harmful ingredients as a major concern. Thimerosal, aluminum, and formaldehyde are all used in vaccines and have noted adverse effects on people, including neurological harm, cardiac impairment, and a host of other issues. The CDC declares these ingredients as neurotoxins on their website in said amounts for adults.“Yet we inject them into our infants. I believe that we need more unbiased research to find cures for these diseases,” says Dr. Pablo Tagle of McAllen.

Several major medical organizations such as the CDC and the Food and Drug Administration (FDA) assert that vaccines are safe and that thimerosal, aluminum and formaldehyde are not used in harmful amounts. According to the FDA, with the exception of inactivated flu vaccines, thimerosal (a mercury compound) has been removed or reduced to trace amounts in vaccines for children under 6 years old.

Widespread vaccination aids in herd immunity, which serves to protect vulnerable members of a community. Herd immunity is present when a certain percent of a population has been vaccinated for a specific disease. When this happens, it is unlikely that an outbreak of the disease will occur, keeping the entire community protected. Children and adults who cannot be vaccinated due to age or poor health rely on herd immunity to prevent contraction of vaccine-preventable diseases.

Another view taken by anti-vaccine proponents is that mandatory vaccines infringe upon constitutionally protected religious freedoms or interfere with the right to make personal medical choices. Several religions oppose mandatory vaccinations, and point out that vaccines can contain ingredients some people consider immoral or otherwise objectionable. According to ProCon.org in an article examining vaccines, some vaccines are cultivated in cells from two fetuses aborted in the 1960s while others are made using animal products like chicken eggs, insect cells, Cocker Spaniel cells, and cells from African Green monkeys, conflicting with some vegetarian and vegan philosophies.

Many anti-vaccine proponents simply believe that medical decisions for children should be best left to parents or caregivers. But Celina Carr, MPAS, PA-C, a physician’s assistant from McAllen, says she feels like she and other medical professionals are asked to abandon their beliefs when they are asked to accept a parent’s refusal of vaccines for their children without question because she feels that “vaccination is a human right that no child should be denied.”

According to the National Foundation for Infectious Diseases, cases of diphtheria, measles, mumps, and rubella have been decreased by 99 percent by 2012 because of immunization programs. Smallpox and polio have essentially been eradicated in the United States as well because of vaccines. Over 12 major medical organizations declare vaccines to be safe and necessary for public health, including the CDC, the FDA, the World Health Organization, the American Academy of Pediatrics, and the U.S. Department of Health and Human Services. However, the relationship between the vaccine makers and some of these organizations give rise to distrust in the minds of many. The top executives in these organizations often move into top jobs with the pharmaceutical companies when they leave the public health sector. There is also a widespread practice of insurance companies giving out bonuses to pediatricians who maintain 100 percent compliance with the government-recommended vaccination schedule, which has increased from three in 1962 to 29 in 2017 for children under 6 years old.

Making informed decisions about important health issues is not an easy thing to do, but it is one of the biggest responsibilities you will ever have, so use that right mindfully.