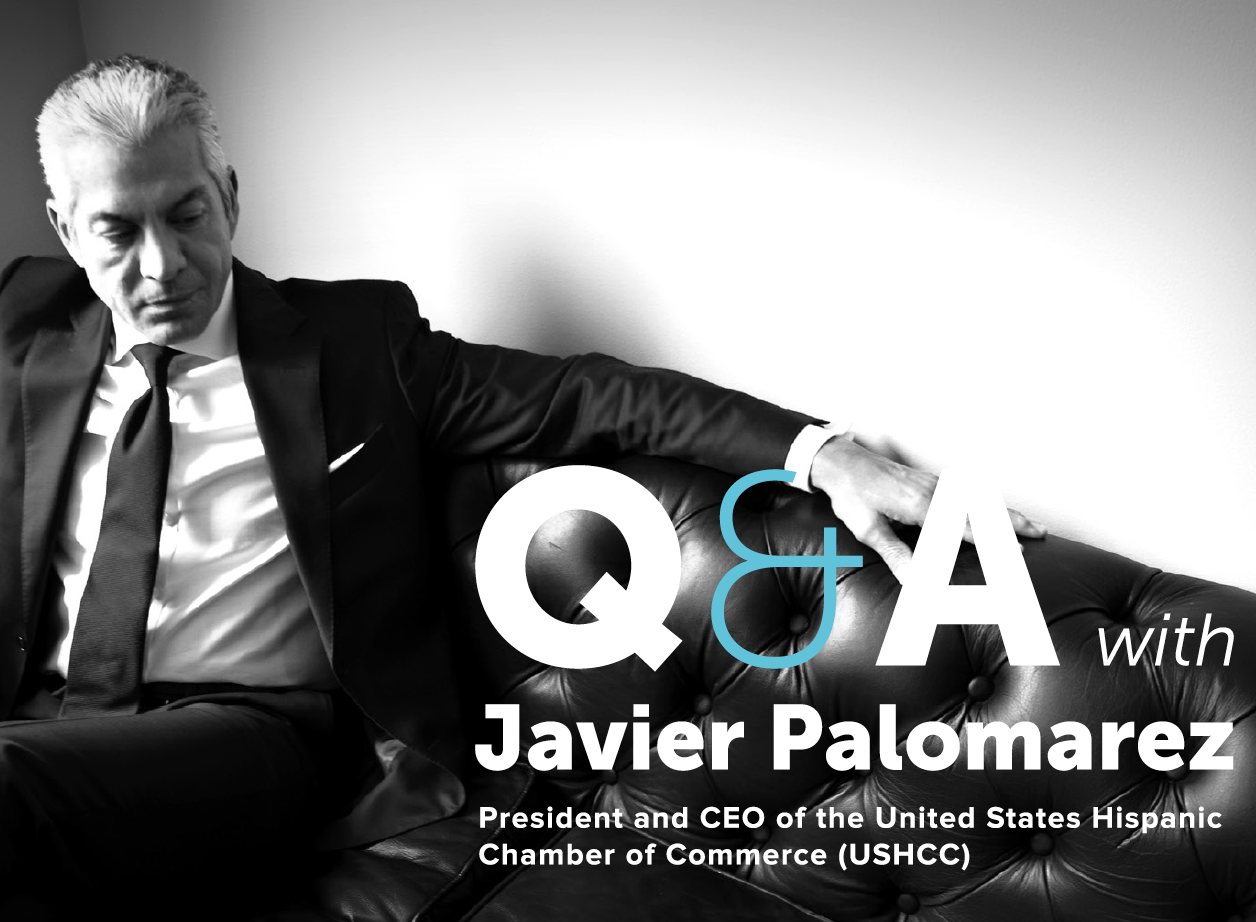 A Rio Grande Valley native with more than two decades of corporate experience and entrepreneurial insight, President and CEO of the United States Hispanic Chamber of Commerce (USHCC) Javier Palomarez is a true pioneer in multicultural marketing and public and media relations. He is the special guest speaker at the Greater Mission Chamber of Commerce’s (GMCC) Sept. 14 Buenas Tardes Luncheon from 11:30 a.m. to 1 p.m. at the Cimarron Country Club. President and CEO of GMCC Robert Rosell spoke with Palomarez on the border wall, NAFTA, culture, and other issues pertinent to the Rio Grande Valley.

Robert Rosell: What type of economic impact do you foresee for the RGV and the nation with the implementation of a border wall and mass deportations of undocumented immigrants?

Javier Palomarez: Our position has always been that immigration reform is an economic imperative for America. I think the wall flies in the face of the ethos of this country, and we will never support the wall.

More concerning than the proposed wall, is the specter of mass deportations. The human impact would be horrific. Beyond that, the economic impacts would be disastrous.

Let me give you an example: About half the country’s 2.5 million hired farm hands are undocumented. Thousands more come to the United States legally with visas as guest workers under the H-2A visa program. A mass deportation would be debilitating to the national economy — and certainly to the RGV. Again, going to agriculture: agriculture, food, and related industries added $992 billion to U.S. GDP in 2015 — a 5.5-percent share. An immigration policy focused on closing the border would shift up to 61 percent of fruit production to other countries, even sending American jobs to Mexico.

Besides agriculture, of course, the effects would hit other sectors such as construction and hospitality very hard. To be clear: mass deportations would have catastrophic economic consequences here  and across the country.

RR: When you became CEO of the U.S. Hispanic Chamber, one of the many difficult decisions you made included severing ties with federal government funding. What led to this decision and what impact has it had on the chamber?

JP: The decision was simple in my mind. By refusing government funding, the USHCC became independent and free to operate as our small businesses do. Today, we’re free to opine and advocate for the issues that matter most to our members without being bound to any administration or government entity. We applaud those government policies that work, and are free to criticize those that don’t, while offering our own solutions. The chamber can’t propose to be a business organization supporting small businesses and entrepreneurs if we are not entrepreneurial.

RR: What piece of Rio Grande Valley culture do you find is still most prominent in your life and personality?

JP: I was born and raised here in South Texas and I carry the values I learned growing up here everywhere I go. First and foremost, the importance of family. I would also say appreciation for the dignity of hard work. And certainly, the honor of saying what you mean and meaning what you say. I wish there were more of that in Washington these days.

RR: Which individual or what moment in your life has been the most influential on your success and why?

JP: My mother raised my nine siblings and me on her own. Despite very difficult circumstances, she taught me: “always up, eyes forward, moving forward,” and that with will and hard work, a person can power through anything.  From her I learned my guiding principles — this notion of integrity, and honesty even when it’s not convenient, and doing what’s right even when somebody may or may not like it. I’ve never met anyone who comes close to having her dignity and her gracious demeanor.

RR: What piece of advice would you give to Hispanic small business owners and entrepreneurs?

JP: Hispanic businesses in America are growing. Do not be discouraged by the noise — in times of adversity, there can also be opportunity. Also know that there are many resources available to you, both locally, through your chamber, or nationally, through programs offered by the Small Business Administration and other agencies and organizations. Take advantage of that. Don’t try to go it alone. Don’t be afraid to ask for help.

RR: What motto/quote is your daily inspiration for success?

JP: Don’t let anyone tell you something can’t be done. It may be difficult, it may take a while, it may be unpopular, but with dedication, persistence, and a little creativity, everything is possible.

RR: If or when NAFTA is renegotiated, what is the most important change you hope to see occur?

JP: NAFTA helped raise our country’s standard of living. Canada and Mexico became our largest and second largest export markets in the world. In 2016, trade between the U.S. and our northern and southern neighbors totaled $627.8 billion and $579.7 billion, respectively. With interlocking supply chains that stretch from Calgary to Oaxaca, 14 million American jobs now depend on trade with our neighbors. And of the American companies that export, 98 percent are small and midsize businesses. But it is indisputably true NAFTA can be improved. Despite the deal’s benefits — lower prices for the American consumer, a boost in exports, and strengthened bilateral ties — Democrats and Republicans alike believe changes are overdue. We should start with a new name and a new mission. It’s time to strike a North American “Fair” Trade Agreement that prioritizes small businesses, manufacturers, and entrepreneurs in the United States.