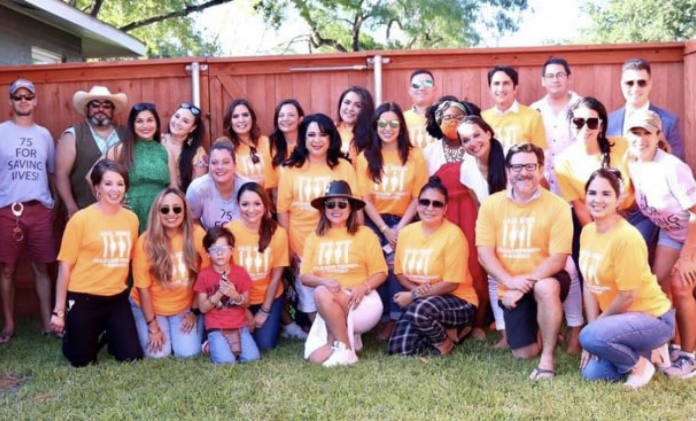 Jessica Delgado knows how devastating it is to lose a loved one to cancer. Colon cancer took the life of her cousin, Dolores, who was only in her 30s, leaving her two young children without a mother. While grief has been part of her healing process, she wanted to do more. As fate would have it, shortly after, an opportunity came her way that would allow her to really make a difference.

In 2020, she was approached by the Leukemia & Lymphoma Society (LLS) to run for woman of the year — a competition held in different regions throughout the state in which individuals are nominated to raise money for LLS in a 10-week campaign, and the highest male and female fundraisers are awarded the titles.

“After we had a Zoom and talked about it for a little bit, the answer was, ‘of course I’ll do it,’” Delgado said. “There wasn’t any reason to say no.”

Delgado is one of the 12 candidates in the South Texas Region, and the only person outside of San Antonio.

“It’s really exciting because we’re hoping to maybe next year have our own RGV man and woman of the year campaign,” she said.

She set a goal to raise $75,000 and put together a team and named it “75 for Saving Lives.” Delgado and her husband, Larry, moved to the Valley 13 years ago to open house. wine. & bistro. and have since expanded to two other restaurants — Salomé on Main and Salt: A New American Table — establishing the Delgado Collective. In that time, she has served on various boards and been a part of fundraising committees, but has never taken on such a tall challenge. 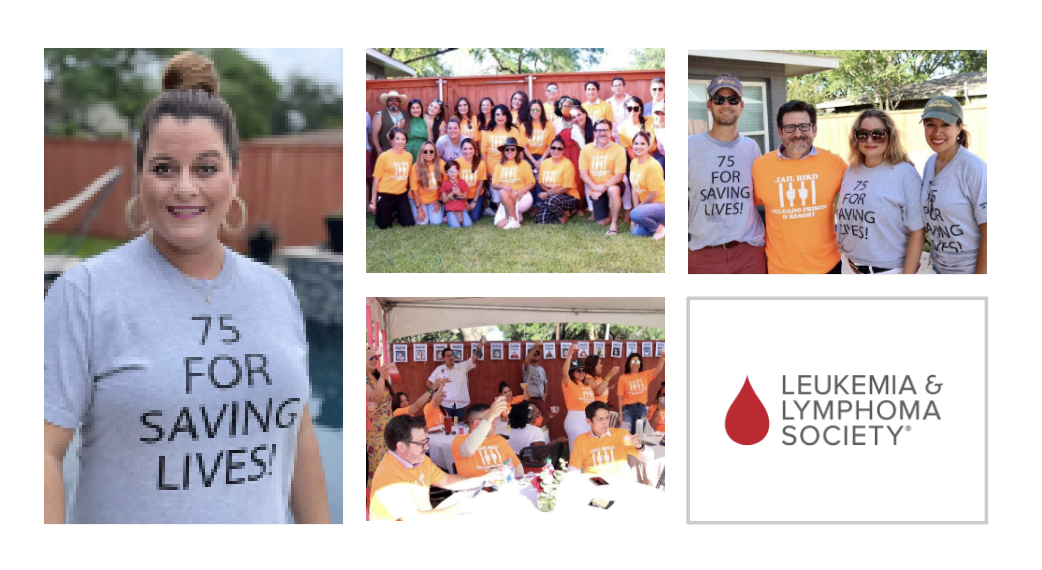 One of the creative ways she fundraised to meet this goal is through a “jailhouse.” Delgado said she got the idea from a friend in another organization she is involved in and invited 25 friends and community leaders to her home, where they were taken into “custody” and tasked with making calls to raise $1,000 each.

Once the goal was met, they were released and allowed to enjoy dinner, drinks and good company at “Casa Delgado Prison Resort.”

“It’s kind of like a telethon, but a little more fun,” she said. “It’s a great way to celebrate our community and their efforts and to bring more awareness to the wonderful organization, LLS, that’s just doing amazing work.”

Part of the amazing work LLS handles is cancer research. According to its website, since 2017, LLS has helped advance 85% of the blood cancer treatment options authorized by the FDA and have invested more than $1 billion toward research since its inception in 1949.

“The organization is doing major, major work globally,” she said. “We all have family and friends who in our lifetime will be affected by cancer.”

Delgado estimates more than 500 people have donated to help her reach her goal. With this exposure to the organization, she is optimistic to have an RGV campaign next year.

“In order for the Leukemia & Lymphoma Society to be able to do that, we need like 10 individual commitments,” she said. “It’s a lot of work, but it has been really fun and rewarding. Our cancer community benefits from every penny and dollar donated.

“It’s definitely an honor and something I’m grateful for.”

The campaign closed on June 12, but anyone wishing to donate can do so by visiting LLS.org. If making a donation is not possible, Delgado encourages people to get involved by volunteering at a local hospital.

“I just hope to bring more recognition and awareness of the organization to our great Valley, so the mission gets powered and donated to more through our amazing community that is always so generous,” she said.