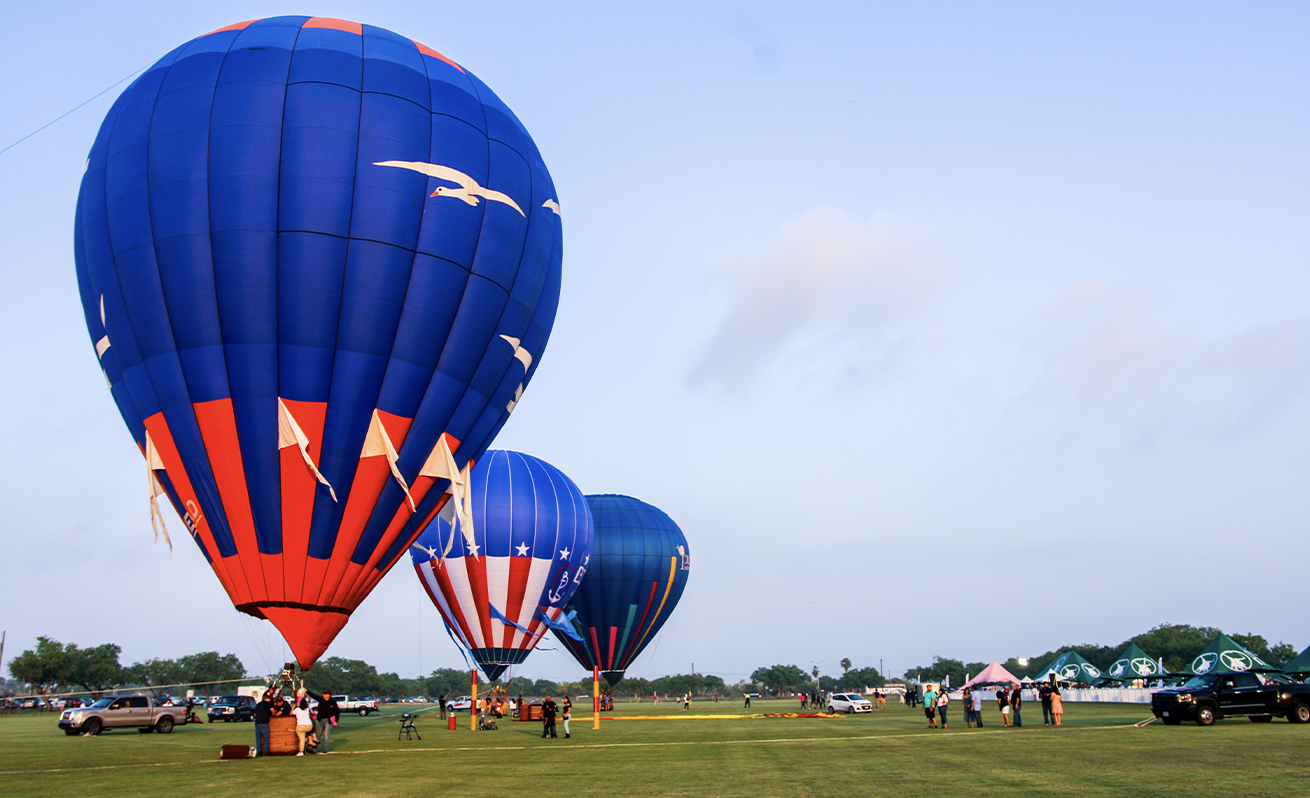 Just before dawn on April 13, hot air balloons swelled above the trees at Springfest Park in McAllen, rising from the fog that brushed the neatly clipped grass.

For Lynette, a Winter Texan who splits her year between the Rio Grande Valley and Minnesota, it was an opportunity she, her partner, and their friend couldn’t resist.

“We all three had this on our bucket list,” she said after taking a tethered ride. “This was a good thing to go to. I have this extreme fear of heights, but this one didn’t really bother me.”

As the sun rose and burned off the fog, three tethered balloons took dozens of participants up for a bird’s eye view of the surrounding land. After a couple of hours, though, the wind kicked up, grounding the balloons for the rest of the day. 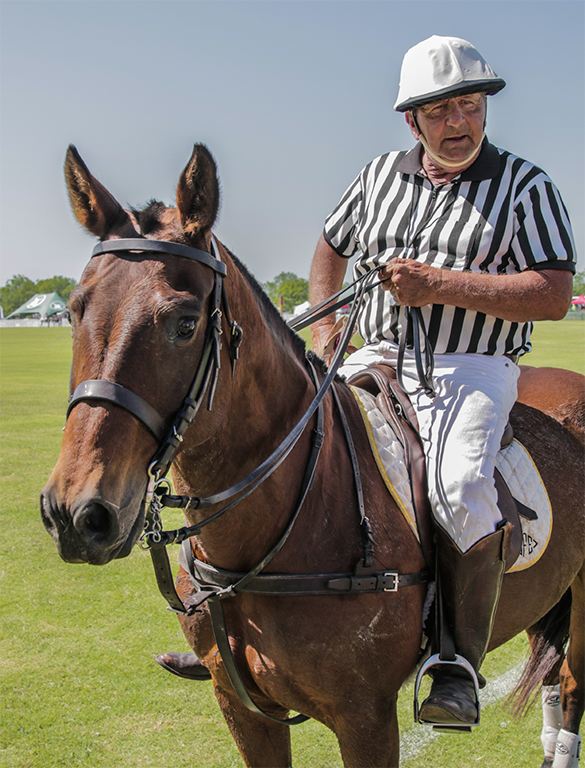 The hot air balloons were here as a part of the Victory Cup, a traveling polo tournament. Many attendees dressed to impress with Kentucky Derby-style sundresses, suits, and hats. Food, games, and retail vendors, as well as airy tents that provided shady respite from the sun, made it a family-friendly experience.

Attendees received a crash course in polo during the three matches played throughout the day. Chukkers, for example, are seven-minute periods in which polo is played. Mallets are made from bamboo and can be customized for length and weight. And when spectators are stomping out divots on the field between matches, if it’s brown, go around.

But for people already familiar with the sport of polo, the Victory Cup event offered an opportunity to raise awareness of a thriving polo scene in the Rio Grande Valley.

Celina Gonzales is a part of the McAllen Polo Club, and was excited that the Victory Cup chose McAllen to host the event.

“Polo’s been around here in the Valley and it’s a hidden treasure,” she said. “I just look forward to the seed that’s planted today and how it’s going to grow from here.”

When it’s not the scene of hot air balloons and Victory Cup-level celebrations, McAllen’s Springfest Park hosts spring and fall polo matches during most weekends of the two seasons.

“It is a lot of fun,” Gonzales said. “It’s like a tailgate party. We don’t charge to come in during the weekend.”

Morgan Tennant has been playing polo off and on for 10 years, beginning in college. Playing with men can be challenging, she said.q

“You have to be really, really mentally tough,” she said. “It’s hard and it’s scary sometimes.”

She invites residents to come watch regular polo matches at Springfest Park, adding that the casual atmosphere and opportunity to picnic was ideal. The caliber of the field at the park is also something to admire, she said.

“In polo, the terrain is super, super critical,” she said. “This field is one of the best in Texas. It is significantly better than Austin, San Antonio. Taking care of the field takes a full-time crew. It’s like a piece of McAllen history.”

“We get so much support from the city,” he said. “Other cities don’t do this. We’re real lucky. It’s something to be proud of that we have this. It’s a gem.” 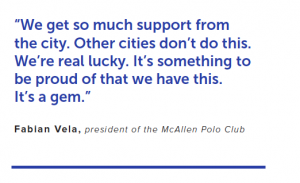 Like Tennant, Vela played three matches during the day’s round robin tournament.

“To get on a horse — you ever been to the movies and you get involved in the movie and you forget about everything for a little while?” he asked. “Those two hours, you’re separated from life and you’re separated from all your problems. Exact same thing that happens when you get on a horse. You get out there and it relieves your stress. It’s just you and that animal.”