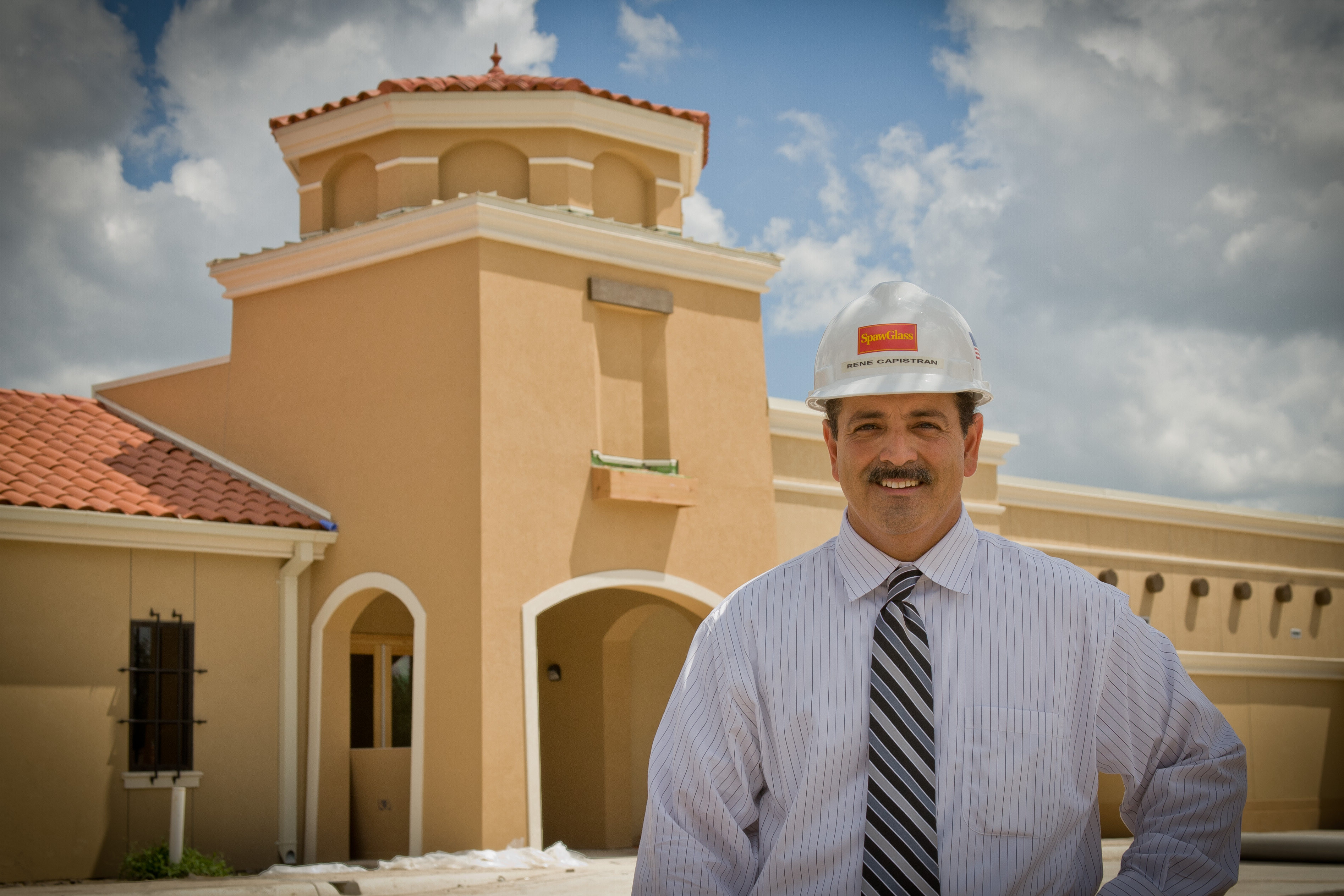 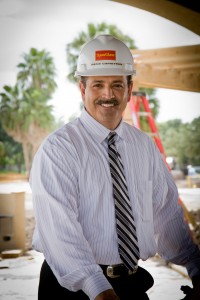 “Unique” is an optimal word to describe the company philosophy behind SpawGlass, a commercial general contractor, construction manager, designer, builder, and civil contractor. With job sites scattered throughout South Texas, SpawGlass is in the business of building – custom projects, relationships, trust, and communities.  When it comes to laying foundations, SpawGlass has a lot more in mind than concrete.

A new way of thinking about construction was born with SpawGlass, which was founded in 1953 by Rice University graduates Louis Spaw and Frank Glass.  The company is 100 percent employee owned with stock ownership available to all team members ranging from field personnel to the chairman and CEO.  Education is a vitally important element of the SpawGlass culture.  The company requires all team members to achieve at least 32 hours of training each year.  SpawGlass also ensures team members give back to their communities through regular community service.

This way of thinking is evidenced in the story of SpawGlass’s interaction with Sunny Glen Children’s Home.  At the time, Capistran was a project executive with SpawGlass. To plug in and give back to the community, SpawGlass hosted a Christmas party for the Sunny Glen Children’s Home kids and bought each of them three gifts from their individual wish lists.  The experience was a humble reminder to always appreciate the little things that often are taken for granted.  Capistran decided to see what else SpawGlass could do and walked the site while visiting with the director.  He quickly assessed that what Sunny Glen was in real need of was a new administration building to replace their existing building, which had several maintenance issues.  After garnering support from specialty contractors and suppliers, everyone was on board to provide a new administration building at no cost to Sunny Glen.  A year later, the doors to the new facility opened.  This turning point for the SpawGlass South Texas Region also opened up hearts and minds to identify further ways to give back to the Valley community.

As president of the SpawGlass South Texas Region, Capistran has taken the opportunity to further corporate involvement in local education.  He feels that encouraging students to seek higher education opportunities is the key to developing a quality workforce for the future. To provide a helping hand to students, Capistran began mentorship programs that interact with the current efforts of Dr. Nolan Perez and Tech Prep.  Mentors visit high schools and talk to students about the importance of education and even provide the avenue for them to visit different business sites.  Capistran hopes his company’s efforts will help students to focus, apply for financial assistance for Valley colleges, and become educated, skilled workers to hire right here in the Valley as our future leaders.

“What we do today defines who we will become tomorrow; that’s what SpawGlass is all about,” Capistran says. 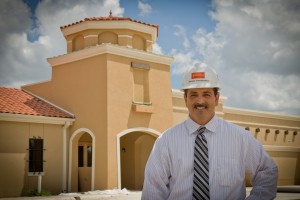 Other SpawGlass community involvement has grown out of Capistran’s connections to some Dallas Cowboys football players.  In 2009, he was part of the United Way Football Camp, the biggest in state history to date, which focused on education and obesity.  The camp encouraged kids to get out and run around instead of just spending time in front of televisions and computer screens.  At camp, the players shared stories and stressed the importance of how college opened doorways for them into the NFL.  In addition, Cowboys’ players contributed to funds raised for Crime Stoppers through charity basketball games that Capistran orchestrated here in the Valley between former players and police officers.  Capistran also has taken Tony Hill, a good friend and former Cowboys receiver, to a hospital pediatric unit to generate some priceless smiles.  Furthermore, SpawGlass invites clients and team members to annual fishing tournaments at South Padre Island to raise funds for local non-profit organizations.  For 2010, SpawGlass has set a goal to raise over $15,000 for SpawGlass Foundation, which contributes to area scholarships, endowments, United Way, Cameron County Children’s Advocacy Center, and the Boys & Girls Club of Edinburg.

As a native of Brownsville, Capistran has personal enthusiasm for giving back to the Valley community.  Although he has served in the Navy, pursued a degree in criminal justice, and worked as a police officer for Tarrant County and South Padre Island, his true passion is construction.  His father was an entrepreneur, and he passed on the intensity and skill of working with your hands to his son.  Before his father passed away, he reminded Capistran to never forget his roots.

“My father was my best friend and my hero.  He molded me and allowed me to be my own person,” Capistran states with love.

He knows his father also wanted him to remember that it is better to give, and living a life of being too busy is not something to pursue.  Capistran currently serves on multiple non-profit board of directors, has been recognized for his achievements by both a state senator and state representatives, and was inducted into the Rio Grande Valley Walk of Fame.  His passion for his career enables him to feel that what he does is not really work; he considers himself to be one of the luckiest people in the world to have found this career path, and he wants to share that heart with his community.

“I wish I could have gotten here faster.  SpawGlass has made me a better person, and I want to be part of the solution.  I’m proud of the Valley, and I aspire to take our efforts a step higher,” he professes.

This question was once posed to Capistran – “If our company disappeared, who would it matter to and why?”  Delving into answers to that question solidified for him the importance and impact of providing for the community and showing you care about tomorrow through what you do and, ultimately, who you are today.  That will be how people remember you.