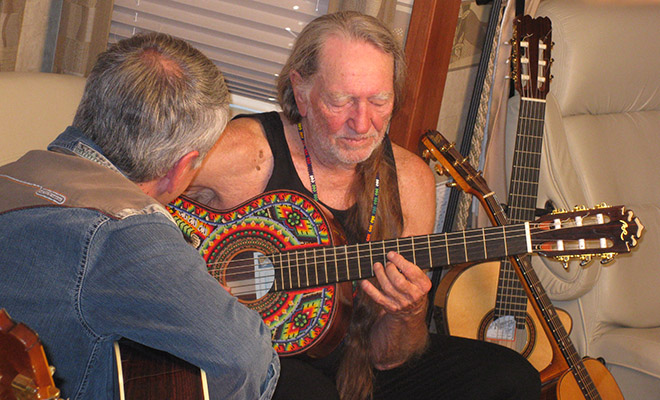 “It all started with a song written by Alberto Kreimerman, inspired by Dolores Huerta’s work to restore human rights to those who are treated unjustly,” said Luis Kreimerman, Alberto’s son and business development manager at Hermes Music.  “The song reaffirms the fact that, together, we can overcome any injustice.”

“This song was born from hearing the voices of millions of immigrants whose only crime is wanting to work to give their children a better life,” said Alberto Kreimerman, in a PSA video about the CD promoting awareness that was nominated for a Lone Star Chapter Emmy award.

“My father has always firmly believed that music has the power to change the world, and I agree,” said Luis. “Words are powerful and they can influence the way you think and act, they also have the power to make you feel different things; now, add music and you have a very powerful tool.”

Alberto Kreimerman, a native Argentinian, picked up classical guitar at the age of six.  He achieved musical fame under the stage name “Bingo Reyna”. He continued his musical career as a songwriter, ultimately opening Hermes Music in 1982 and creating one of the largest distribution companies for audio, lighting, and musical instruments in the world.  Throughout all his success, he had always been surrounded by what he loves most: music.

“I grew up with music in my blood,” said Luis. “At the age of 8, I learned to play guitar and have, since then, participated in my dad’s musical projects in one way or another. I helped produce this album and was involved in the whole production from start to finish.”