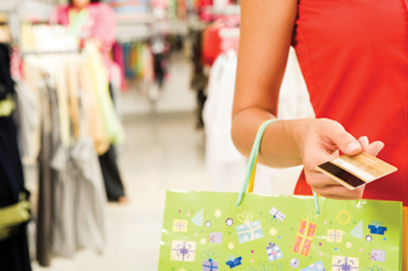 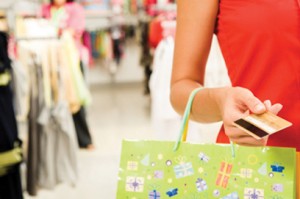 Things aren’t as bad compared to other areas in the country, say area economic development officials. Experts from both sides of the Rio Grande Valley say there is definitely an economic silver lining, and casual observers looking at figures that show a decline in retail trends in the region should take the news with a grain of salt.

Specifically, the Brownsville-Harlingen MSA saw $2.6  billion in taxable sales from 8,000 outlets in 2009, a 6.6 percent decline over the previous year, according to the Texas Comptroller of Public Accounts.

Brownsville’s retail industry however remains “in a healthy state,” according to officials from the Brownsville Economic Development Council.

“Big picture, yes, we’ve experienced decline, but anything under 7 percent is considered stable, and stable is okay during these times,” said Gilbert Salinas, vice president of the Brownsville Economic Council. “The worst is behind us and retail outlets are again reporting profitable margins.”

Gross sales in the Brownsville MSA have increased by 31 percent since 2002, ending 2008 at a value of $1.94 billion, according to the the Texas Comptroller office. Sales tax receipts have risen 49 percent due to new retailers, which have contributed to the sales tax base. Per capita sales are now over $11,000, up 13 percent since 2002. Brownsville MSA gross sales have also increased significantly from $2.66 billion in 2002 to $3.55 billion in 2008, according to the BEDC.

“Like most other metro areas in the United States, the greater Brownsville region was impacted by the 2009 economic downtown in several ways. However, the impact was not as significant primarily due to the influx of affluent Mexican nationals snatching up homes and their continued desire to shop in the Rio Grande Valley. Really, that’s what kept Brownsville from dropping into double digit sales decline,” Salinas said.

Those keeping a close eye on the economy in McAllen say they have noticed a change, especially among Mexican shoppers visiting the area. Experts say they have noticed an uptick in the number of ‘encargos’ among shoppers, specifically visitors coming across the border less, but buying more items for others in Mexico in order to avoid repeated trips.

Security issues in Mexico, in particular, are changing the way visitors plan their trips to the area. The McAllen-Edinburg-Mission MSA has seen a similar decline in retail, according to the Comptroller. More than $5.1 billion in taxable sales from 12,777 outlets in 2009 was down 5.9 percent over the same period in 2008.

Retail sales for the City of McAllen topped off at slightly more than $1 million for April 2010, down at least 2.6 percent over April 2009, according to the city’s monthly Economic Pulse. The Pulse measures the economic activity for McAllen, Mission, Pharr and Edinburg in retail sales, motor vehicle sales, lodging tax receipts, airline boarding’s, construction permits, Hidalgo bridge crossings, peso exchange rate, wage and salary employment and unemployment numbers, among others.

“This is something I have talked to many managers about. They don’t see a big impact in wholesales or in the number of visits, and the explanation behind that is people from Mexico used to come every other week to do their shopping, and now they just come every month,” said Eduardo Millet, vice president of business development and governmental affairs for the McAllen Chamber of Commerce.

“They (shoppers) will buy the same amount of things, or maybe they will buy for other people, in Spanish we call them ‘encargos’, which means you will go and buy things for other people because they want to avoid so many trips. But when they visit, then they will buy a lot of things. This is from the retail perspective of our Mexican visitors,” Millet said.

McAllen is the retail center of the region, drawing from a consumer base of over 10 million people within a 200-mile radius. La Plaza Mall is one of the city’s conduits for retail sales. The mall remains one of the Simon Properties highest grossing retail malls (per square foot) in the United States, boasting average sales of over $650 per square foot. The mall is known to generate more than 18 million visitors annually.

“I don’t think we are so bad in the decline part, but I do think we need to team up to ensure that we show the success of our community and what we have to offer,” Millet said.