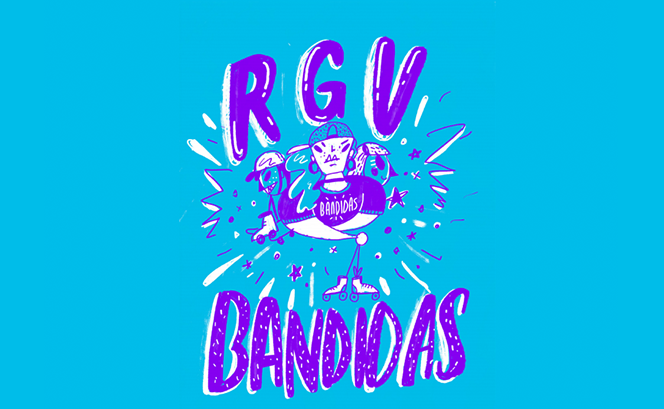 Rolling Out in Their Second Season

Women are taking out the competition in an up-and-coming sport in the Rio Grande Valley. The RGV Bandidas are in their second year of jamming, blocking, and scoring at high speeds on the track. Roller Derby is gaining interest at record rates and is currently the fastest-growing sport for women. Conducted on an oval track with five players, each team is composed of one jammer and four blockers. Jammers for each team work through a series of jams, pushing, hitting, and blocking to either score or prevent the other team from scoring points all while skaters work physically and, more importantly, work strategically together. The Bandidas were founded in 2015 from two separate derby teams (South Texas Rolleristas and Mactown Rebel Rollers), who joined forces for the love of teamwork and competition on the track.

Nina Kizzia, also known as “MsdaMEAN-uh,” is a blocker for the Bandidas. She moved from Austin four years ago and was searching for something to plug into with the community.

“A friend had joined and invited me,” Kizzia said. “I started going ever since. It has been a really great experience, and I’ve met some really great women.” Some of these new friends include the likes of “Pandamonium Doll, aka Panda,”  “Shockira,” “Wreckleslie,” and “Sandy War-Haul,” all of whom are fan favorites. 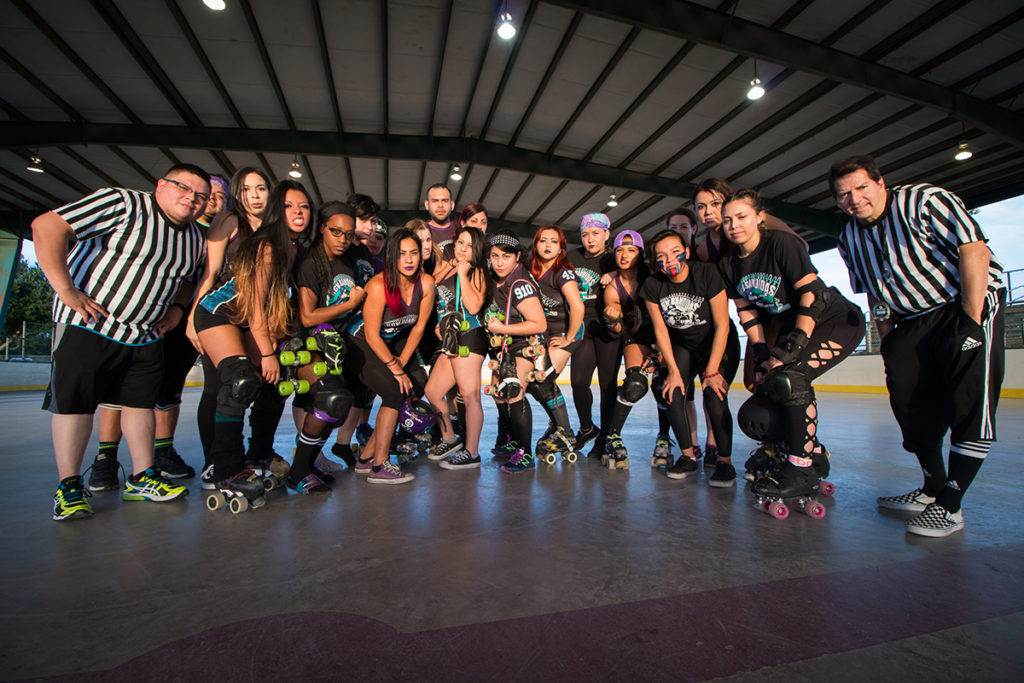 Last year, the team moved to a more central location from McAllen to Harlingen to better recruit and put together a more widespread group with new and former players from across the Valley. Veterans from across the Valley have joined in with new blood, increasing their numbers and strengths. They are a traveling team with home bouts in Harlingen and scheduled games in El Paso, San Antonio, Austin, and Corpus Christi, along with the addition of a couple new cities this year.

Although the season starts in March and wraps up by September, the Bandidas are always encouraging new recruits. They maintain three practices a week and require a 50 percent practice attendance per month to participate in the following bout. Women of all ages are involved with the team, including some as young as 18 to those in their 40s.

“Feeling empowered as a woman and being part of a group of strong women is my favorite thing about roller derby,” Kizzia said about belonging on the team. “You will definitely see a lot of hard-hitting action! It is a full-contact sport.” The game of roller derby involves multiple facets of game play all the while flying across a hardwood track in a group and as single players. Home bouts are especially important to the women, as they represent the Rio Grande Valley.

“Defending our turf is definitely going to be an exciting game,” Kizzia said. “There will be a lot of hits, but a lot of strategy, too, that we are focusing on.” 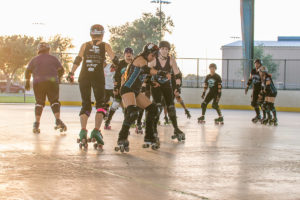 For those thinking about jumping in, expect some serious action! But don’t worry, you will have plenty of time to prepare for your first bout. If you are interested in joining the Bandidas or just want more information, Facebook messaging or emailing rgvbandidas@gmail.com is the best way to get in touch with the team. You can also like the RGV Bandidas on YouTube as well as on Facebook for updates and videos of their latest bouts. The team stresses that they are open and in need of a diverse group of women. This sport is definitely not one size fits all.

“We’re always recruiting,” Kizzia said. “We work with a full range of ages and a full range of bodies. It’s a sport for all shapes and sizes. We’re looking for motivated women with interest in trying to play the sport, and we’ll train you from the ground up. We’ll even teach you how to skate!”