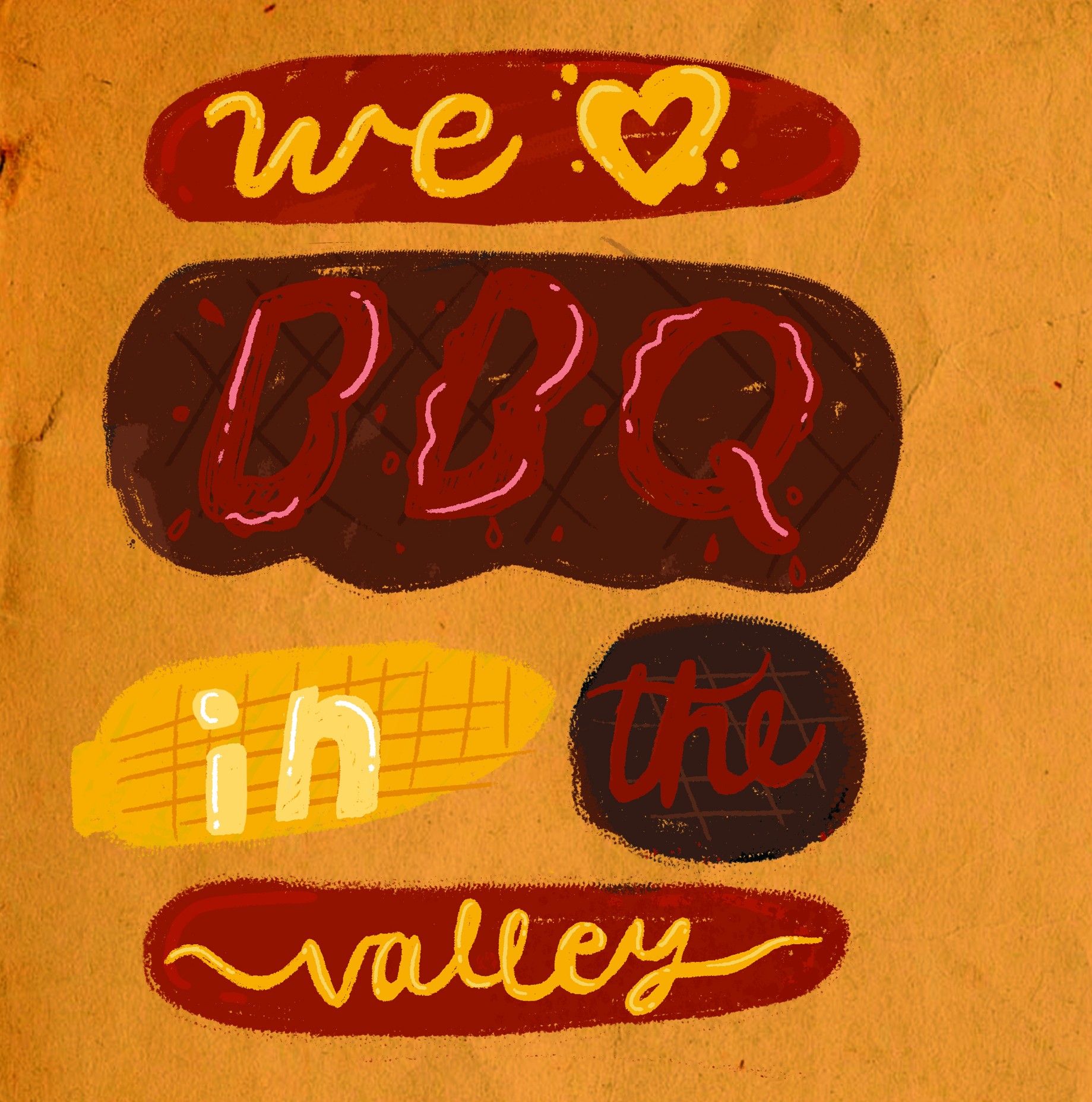 For a cuisine that’s defined by its tradition, barbecue in the Rio Grande Valley has been evolving at a rapid pace. Not only do Valleyites no longer need to drive a couple hundred miles North for quality smoked meats, but the Rio Grande Valley’s pitmasters have a few tricks even BBQ veterans in central Texas can learn from.

From the Atlantic to the Gulf of Mexico, there is a stretch of the United States known as the “barbecue belt” by those who practice the art that brings the farm to the table. The history of American barbecue is as diverse as its people. The first indigenous tribes Christopher Columbus encountered on the island he named Hispaniola had developed a unique method for cooking meat over an indirect flame to keep the food from burning. The Spanish referred to this new style of cooking as barbacoa: the original barbecue.

Barbecue, like art or politics, develops from conversation, from talking and listening to thinking and eating. Barbecue in America, particularly in Texas, is like beer in Germany or pizza in New York City. It’s more than just something to eat, it is an expression of who you are regionally and sometimes nationally.

Dishes like pan de campo, which has traditionally been made outdoors, fajita and charro beans represent this new breed that infuses classic Texas barbecue with Mexican flavors that events like Smokin’ on the Rio have utilized for almost a decade in their rise to area prominence.

Smokin’ on the Rio State Championship BBQ Cook-Off was established in 2004 by a group of local businessmen with the goal of raising money in support of youth agricultural projects in the Rio Grande Valley. Luis Saldaña, one of the core members of the organization, volunteers his time in pursuit of bringing people together.

“We all work as a team, we each bring a different set of skills. For me, I would say its my network with people,” said Saldaña. “We‘re board members really only by name, not professionally. We organized Smokin’ on the Rio just as a way to support and promote youth in agriculture and because we’re passionate about barbecuing.”

At Smokin’ on the Rio, the annual event is in its 13th year. Rio Grande Valley pitmasters can battle for bragging rights and cash prizes in categories sanctioned by the International Barbeque Cookers Association: chicken, ribs, and brisket. The competition is unique in that cooks can also participate in the beans, chorizo, fajita, and pan de campo categories.

“Our competition makes BBQ unique in the area because we open it up to foods that people down here know a lot about,” said Saldaña, who is an RGV native, having grown up in Mercedes, where the event is held. “When we have people coming from all over the country, Minnesota, Oklahoma, or Virginia, they take that back with them and it really does put us on the map.”

On top of cooking and sampling BBQ, attendees take part in judging the competition which is open to the public. The event has amassed $1,000,000 in contributions to 4-H and Future Farmers of America projects throughout its 13 years. More than 10,000 people attended the event this year and a record 248 cooking teams participated in making it largest sanctioned BBQ Cook-off in the state of Texas and the third largest event in the nation.

One person in particular vying for “The Best in Texas” crown has a commitment to serve top quality barbecue by participating in the competition for the first time ever.

“I’ve always had a thing with being around the fire,” said Nick Cantu, who religiously hosts BBQs out in his property in North Edinburg. “It’s really nice when people compliment you on how good your meat is and after a while, just like anything–-fishing or hunting–you get hooked.”

As Cantu explains, it all started during his “Sunday Fundays,” where he and a group of friends regularly organized cookouts in the backyard.

“As new dads, we’re trying to find our thing where the whole family can participate,” said Cantu. “All of my buddies are coming to the age where we have kids and our wives hang out. What we all have in common is that we all in the real estate business; what brings us together is sitting around the bbq pit.”

Cantu is an up-and-comer in the barbecue space and is still learning what it takes to compete on the national level.

“This is not a poor man’s sport,” said Cantu. “We’re able to do it between a couple of people because buying just meat will put you under 300 – 600 bucks. We probably burned 300 pounds of oak during Smokin’ on the Rio.”

In a competitive environment with over 200 people vying for the top prize, it’s clear that they are not doing it for the money. “If you win first place out of 240 people, that’s a huge bragging right,” said Cantu.

Simply put, there has never been a better time to eat barbecue in the Rio Grande Valley than right now.