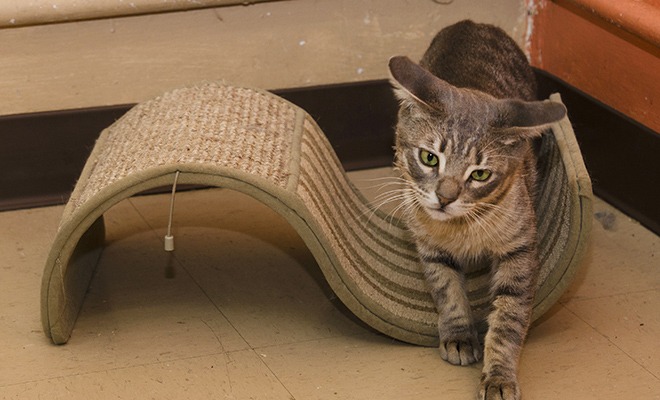 When the Palm Valley Animal Center first opened its doors in the city of Edinburg during the 1970’s, the community which it served looked a lot different than it does today. Situated along the once-rural Trenton road, the shelter doubled its workload serving a municipal function, where animal control departments in neighboring areas could bring in displaced animals, while simultaneously allowing the public to drop off unwanted animals.  For over 30 years this has been the standard for PVAC, and while the cities that cradle it, McAllen and Edinburg, experienced a massive population boom, literally transforming the landscape, PVAC remained virtually unchanged.

When it comes to statistics, the numbers don’t lie. And based on those numbers, the Rio Grande Valley can be viewed as having a significant pet over-population problem. Bearing the burden of that population problem is PVAC. “We are one of the highest single-intake facilities in the United States, consistently among the top 5, over the past several years,” explains Tim Ousley, Executive Director for PVAC. As a point of reference PVAC website notes that in 2011, the city of Austin took in approximately 20,000 animals into the Austin Animal Center, San Antonio’s Animal Care Services took in 30,000 animals, and meanwhile PVAC here in the Rio Grande Valley took in upwards of 44,000 animals that same year.

As it currently stands, the highly-utilitarian PVAC consists of a small reception area, a modest cat room, and rows upon rows of mostly overcrowded kennels.  Ousley readily admits “PVAC was not really built to handle the public very well.” Fortunately all of that is about to change, with the announcement of PVAC’s newest endeavor, the construction of a new branch facility, the RGV Pet Adoption and Wellness Services or P.A.W.S.  Thanks largely in part to the Edinburg Foundation; this brand new 6.5 acre state-of-the-art facility will also be located in Edinburg off the frontage road just south of Monte Cristo.

This no kill-facility will house all of the organization’s adoptable cats and dogs. While the municipal function of PVAC will continue as usual, all adoptions will take place at PAWS.  In addition, the public may also continue to bring in displaced animals to PVAC where they will be placed under observation and vetted. Those deemed healthy enough for adoption will then be transported to PAWS. Upon entering, visitors to the new PAWS facility will immediately recognize a distinct difference between the two facilities, as they will be serving very different functions. “In the future PAWS will just be able to focus on education and adoption, while PVAC handles the municipal function. It’s that change in focus that will make all the difference” explains Ousley.