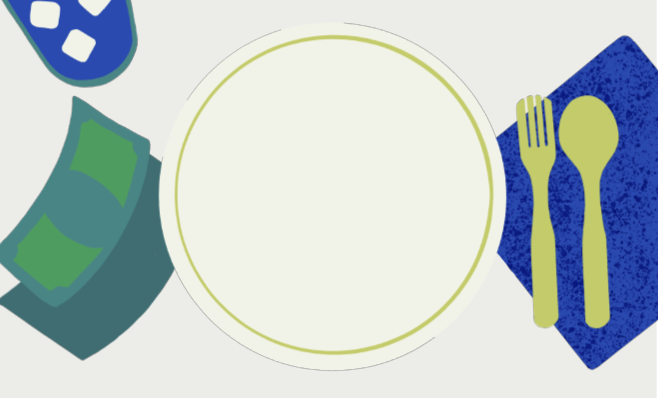 One person can make a difference, and when they encourage others to join their cause, positive change happens in the community.

Meet Clarissa Ruiz, the inspiration behind RGV Serial Tipper, a movement that was started to raise money to help restaurant servers. She got the idea on TikTok from a woman in Tennessee, who had noticed that during the pandemic, people were not leaving tips at restaurants and decided to do something about it. Ruiz loved the idea and felt it was something that needed to be started in the Rio Grande Valley. She has lived here most of her life and enjoys being a part of community outreach and service — and wanted to give back in a meaningful way. She says that the most important reason that she started the movement was to glorify God.

When the pandemic began, some restaurants had to close and lay off staff. It was a difficult time due to the lockdown, and while many restaurants reopened, they offered only takeout and curbside service.

“I have many close friends — even a best friend of mine who has been a server and has told me stories about how they will get a $200 tab, yet receive no tip,” Ruiz said. “We are seeing those stories spike even more now because people believe they don’t have to tip if they are picking up curbside.”

She knew that many of the waiters and waitresses depended on tips to be able to pay their bills, so she wanted to do something to help them and raise awareness in the process.

Ruiz says that she has always posted on her personal Facebook page for community outreach and crowd funding for causes such as purchasing books for Ronald McDonald House in Houston. When she posted her idea for Serial Tipper, she says the outpouring was immediate.

“By day three, we had raised close to a thousand dollars,” she said. “After the first post was made, it took off and went viral on my personal account.”

It was then she decided that in order to reach more people, she needed to create a public page on Facebook named RGV Serial Tipper. She says the page managed to get about 4,500 likes. Videos posted on TikTok really took off and were viewed by thousands of followers. “One video about a recipient in Harlingen reached about 200,000 to 300,000 likes,” Ruiz said.

She isn’t surprised about the level of success this movement has garnered. “We all have so much good in us, if we just kind of like scratch at the surface, and see how we can give of ourselves,” Ruiz said. “I know this because my family and friends have always shown up in instances like this. Our community is built upon people who are literally willing to give the shirt off their back, and to give $50 or even a $1,000 tip for somebody.”

At the suggestion of a friend, she decided it was important to include restaurants in Hidalgo, Starr, Willacy, and Cameron counties to deliver the tips. Followers of her page would make suggestions as to who should receive the tip for that week. It required quite a bit of driving, but Ruiz enjoyed trying out the new restaurants that were recommended. 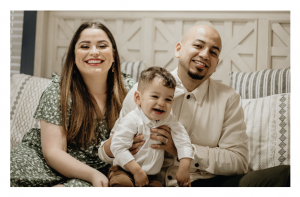 “It was nice to see people supporting people across the four counties,” she said. “When it came time to go to a specific county, what I found really awesome was that some of the smaller cities really came around in support and were overwhelmed with generosity for the individual. People there often recommended individuals they felt had worked very hard, sometimes a friend or family member. I think it was really neat to see an actual whole community coming behind one person a week, or four people the next.”

Ruiz was touched by the responses she got from the recipients and by the appreciation they had for the generosity of so many people. She tells the story of a server in Pharr who works at Junction Cafe. When she was told that she had been chosen to receive the tip that week, she became emotional as Ruiz counted the tip and told her they had raised $600 for her. The server told her that the money was a big blessing for her and her family because during Hurricane Hanna, the roof of their home had collapsed and she was having to work extra hours to raise money to rebuild that part of their house. She cried, thankful for the way so many had come together to help her.

Ruiz says she feels the reason so many wanted to help was because “when there is vulnerability, there is community, and when there is community, there is hope.” When she posted her videos, she was very open and honest about her personal struggles and worries, as well as her desires, hopes, and dreams. She wanted to be the most sincere person that she could, and would tell her followers why it was so important to spread hope right here in the community.

“I think what people need here in the Valley, and why they took to it so easily, was because it wasn’t anything with a lot of glitz or glam. It was literally people coming together and pouring into one pot, and pouring that pot of blessing into somebody else’s, with no expectation other than just spreading hope,” Ruiz said. The pandemic has been difficult for so many, and this was one way to bring change in a positive way. She adds she felt the presence of God the entire time. She loved that she was reaching out to people and impacting lives.

After 39 weeks, she decided it was time to step away from Serial Tipper. “I felt that God told me that the time had come — that I had done what I had set out to do and that it was time to move on,” Ruiz said. She reiterates that the project was only possible because of the community we have here.

“I was so, so blessed to be the person that was simply the face of this movement,” she said. “There were literally thousands of people giving throughout the whole process, which was a little over five or six months. And I want to remind people, because of this movement, there is still so much hope. There is still goodness in the Rio Grande Valley, and if we scratch the surface hard enough, we can all find it.”

Ruiz is now planning to start a nonprofit organization called Unified Hope, focusing on high school students throughout the Rio Grande Valley, which will start in Hidalgo County. It is something she says she has always wanted to do, and it is possible because she now has an incredible and gracious public platform. Ruiz remains thankful for the support that she has received.