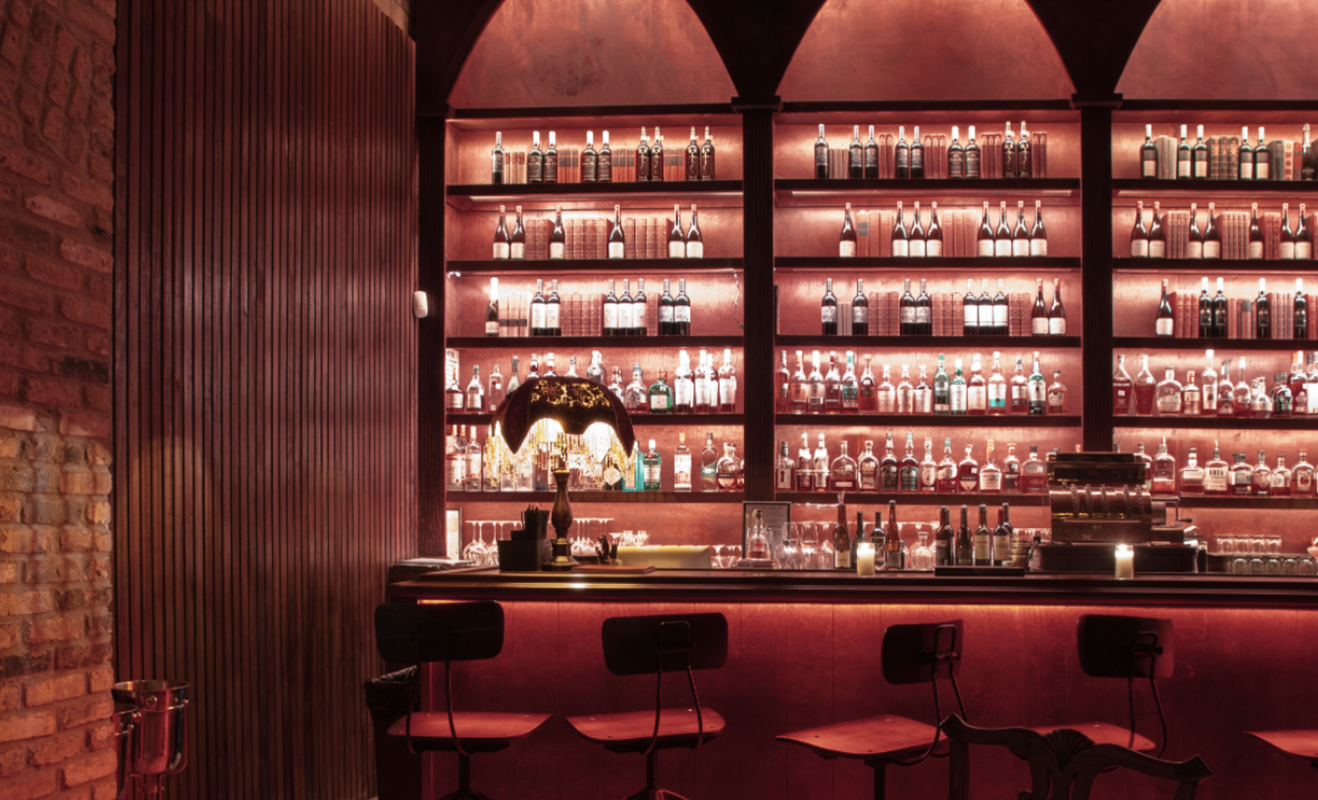 Tucked away in the heart of Edinburg inside Puig Business Center lies Sidebar, a fine dining establishment that is known for its old-world style inspired by Prohibition-era speakeasies.

First opened Dec. 18, 2018, by physical therapist and entrepreneur Robert Puig, Sidebar lives within the walls of a restored historical building. The structure once was an icehouse dating back to the 1930s, then was home to The Edinburg Daily Review from 1965 to the mid- to late-’90s, when it closed. 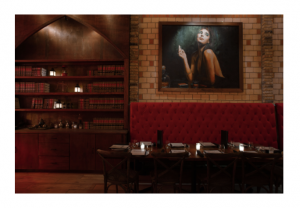 The concept for the business had been in Puig’s mind for a long time before it came to fruition.

“I’d been planning Sidebar since I was about 12,” he said. “Hospitality and design are my passions, and this was an opportunity to let that go wild.”

Puig said the name is a play on words.

“It’s kind of like two terms,” he said. “Some people think it literally means a bar on the side of something. To judges, attorneys, and politicians, it refers to meeting outside of the presence of the jury. It goes back perfectly to the courthouse.”

When Puig first decided to restore the building to its former glory, he said it had been vacant for anywhere from 13 to 15 years and needed a lot of work.

“It was a wreck,” Puig said. “It took about six weeks to sandblast and expose all of the original brick. I started to see what it could be.”

Puig salvaged certain items from the past, such as an old printing press from the Edinburg Daily Review, and found a new use for it.

“They were gonna throw it away. We said, ‘absolutely not,’” he recalled. “So we salvaged 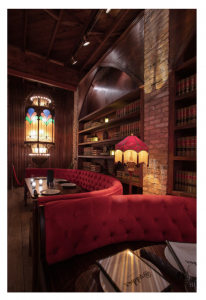 brick and built an archway around it and put it in the lobby so that everyone can see the history of the building — so we don’t lose that vital piece of Edinburg history that this building is.”

Puig wants to be sure he honors the history of the building.

“I have people come in and say, ‘I was in this building when I was a kid,’” Puig said. “When you hear those stories, it’s amazing.”

Other artifacts from the building’s newspaper days are showcased, such as printing plates and a newspaper from the ’60s. Puig wants customers and visitors to see the evidence of Sidebar’s history as well as hints of legal relics such as law books and justice scales that represent its close proximity to the Hidalgo County Courthouse.

The inside of the building has a historic, elegant and secretive feel. A posh art gallery greets you first, then you pass by a lounge. As you walk in through the rounded exposed brick archway, notes of soft, live jazz music surround you. Deep, amber lighting illuminates the original brick walls, vintage chandeliers (one originally hailing from a Chicago theater), and red velvet upholstered high-backed benches hugging dark walnut tables where handcrafted food and beverages are served.

The built-in shelving behind the bar is backlit with the same soft, warm glow and is lined with bottles of wine and liquor along with accents of law books. Here, customers order drinks made with the freshest ingredients from the bar’s signature cocktail menu.

Head bartender Tomás Cantú, who has been bartending for over 11 years, said Sidebar’s cocktail menu stays true to the classic time period. 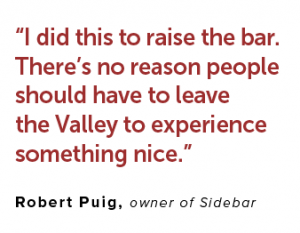 “Every single one of these cocktails predates 1939, and they go back as far as the 1840s. We try to keep as close to the original recipes as possible,” Cantú said. “All the cocktails are tried and true, all now well over 100 years old.”

According to Cantú, Sidebar prides itself on not taking shortcuts.

“We make our own grenadine from scratch with pomegranate juice. That’s the way it should be, not that fluorescent red stuff that people buy over the counter that has that artificial flavor,” he said. “We squeeze all our own juices in house — lemon, lime, grapefruit — every day. We make our own honey syrup and agave.”

Cantú said his love for his craft drives his success.

“I find myself very fortunate to be able to make a living doing what I love,” he said. “When I came on, I was really happy to be a part of this, because in the Valley, there’s not a whole lot like this. We’re constantly trying to better our craft, our techniques, and the recipes.”

Sidebar’s menu features simple categories like “teasers,” “land,” “sea,” “the garden,” and “treats,” which makes it easy to find something for everyone to enjoy.

Executive Chef Danny Aguilar said in planning the menu, he wanted to stay true to the speakeasy period theme but also include a taste of regional flair. 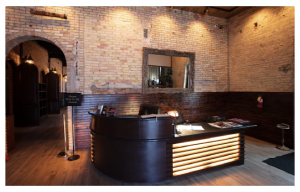 “There’s nothing really South Texas that says speakeasy, so I try to incorporate a little bit of the flavors that people recognize,” Aguilar said. “Like the Red Star — it’s a play on rellenos, but we do it our way: jumbled up crab meat, roasted red peppers, Hollandaise sauce. The Smoked Salmon Nachos is a play on bagels and lox. We try to make things familiar, recognizable, so that way it’s not too exotic, but still has that professional touch to it.”

In creating Sidebar, Puig said he wanted to bring an upscale, memorable restaurant experience to the area.

“Growing up down here, all I would ever see was, if you want a nice experience, you’ve got to go to San Antonio or Dallas or Austin. And it wears on you, you know? I’m proud to be from the Valley,” he said. “I did this to raise the bar. There’s no reason people should have to leave the Valley to experience something nice.”

Of course, Puig needed the right team to carry out his vision. 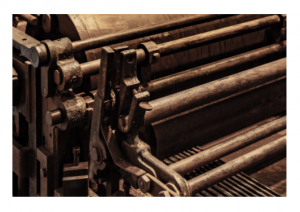 “My general manager Ruben Gomez, that guy can paint and draw like no one I have seen. He’s a true artist,” Puig said. “We have an artist behind the bar, Tomas, who is an outstanding bartender mixologist, we have an artist in our passionate Cordon Bleu Chef Danny Aguilar trained in the kitchen, and then an artist who designed it. You put those four artists together and you create something magnificent.”

Puig said he wants customers to continue to “step into his dream.”

“If I can create something beautiful and long standing that puts the Valley on the map, that’s what I want,” he said.

Sidebar is located at 215 E. University Drive in Edinburg. Its hours of operation are 5 p.m. to midnight Wednesday through Saturday. The restaurant’s phone number is (956) 348-2424. Connect with Sidebar on Facebook or on Instagram @sidebar215. To make reservations, see their menu, or for more information, visit their website at sidebar215.com.

What restaurant should we feature next for RGVision Food Fave? #JoinTheConversation at facebook.com/rgvisionmagazine.