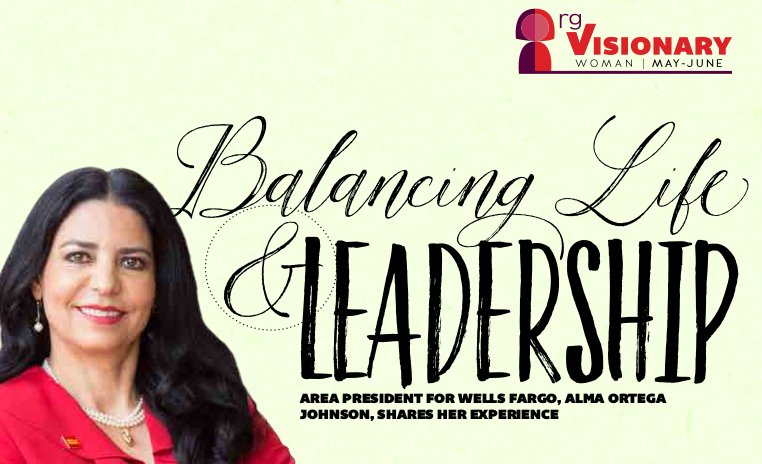 Alma Ortega Johnson, the area president for South Texas for Wells Fargo, believes change is both necessary and exciting. She has been working in the banking industry for 35 years and says her career started accidentally when her father’s friend called and told her to apply for a position at the bank. Since she was also attending college, it was very difficult to successfully participate in both, but she puts a lot of value on focus so she was able to power through. For four of the four-and-a-half years she went to undergraduate school, she worked at the bank. Both positions were full time. From there, she has built her career to the point that she now oversees all the branches in Corpus Christi, Taft, Ingleside, Portland, Rockport, Laredo, and the whole Rio Grande Valley. Says Ortega Johnson, “for me, it has been very clear what I want to be and how I’m going to get there.”

It was a long journey to reach her current position, but she always knew she wanted to be a president at the bank and along her voyage realized her passion for helping to develop people. “I really like to talk to my team members (employees) and ask them what they want to be. I like to help people develop a plan to reach their goals,” says Ortega Johnson of her passion. Since she struggled a lot trying to balance work and school, she wants to try and make reaching career goals a little easier for other people. She also wants her employees to be happy with their careers because they will be better able to serve customers.

A few people helped shape her throughout her vocational journey. One of those people was Hector Lopez, a regional president for Banamex. He helped her learn that moving up in her career wasn’t going to happen quickly. Ortega Johnson said she wanted to “… advance in the company. I did a lot of movements in my career including stepping down. One time I took a lower level position in order to advance even further.”

Outside of the office, she is just as busy. Part of the job at Wells Fargo is to be involved in the community and Ortega Johnson is so preoccupied with nonprofits and being on boards, she has little free time to go to the beach with her family, read, travel, and watch HGTV. However, she always makes room for Dallas Cowboy games. “I used to be on the board of IMAS as the president,” says Ortega Johnson, beginning to list her participation.  “I am on the board of friends of Quinta Mazatlan, on the board of McAllen Education Foundation, on the executive counsel of the International Women’s board at UTRGV, the advisory board for the College of Business and Entrepreneurship of UTRGV. And I am on the advisory board for the management school at STC, on the board of COSTEP and in the Finance Committee of First Methodist Church.”  The Wells Fargo area president says she and the company as a whole are committed to improving the community and its quality of life. At first it was difficult to be involved in so many activities but she grew to love it.

With all of her responsibilities, being very stressed out seems plausible. However, one thing she’s learned throughout her career is that you must pick and choose your worries because not everything can be fixed. She believes that if you can take action, you should. Thus, what would be stress to others only makes her want to get involved further. She feels that if something is stressing her out, it easier to try and fix it than wait until it resolves itself. “It usually doesn’t have to do with managing my own stress but more of things not being done correctly,” she says. “The best way to reduce the stress is to get things done.”