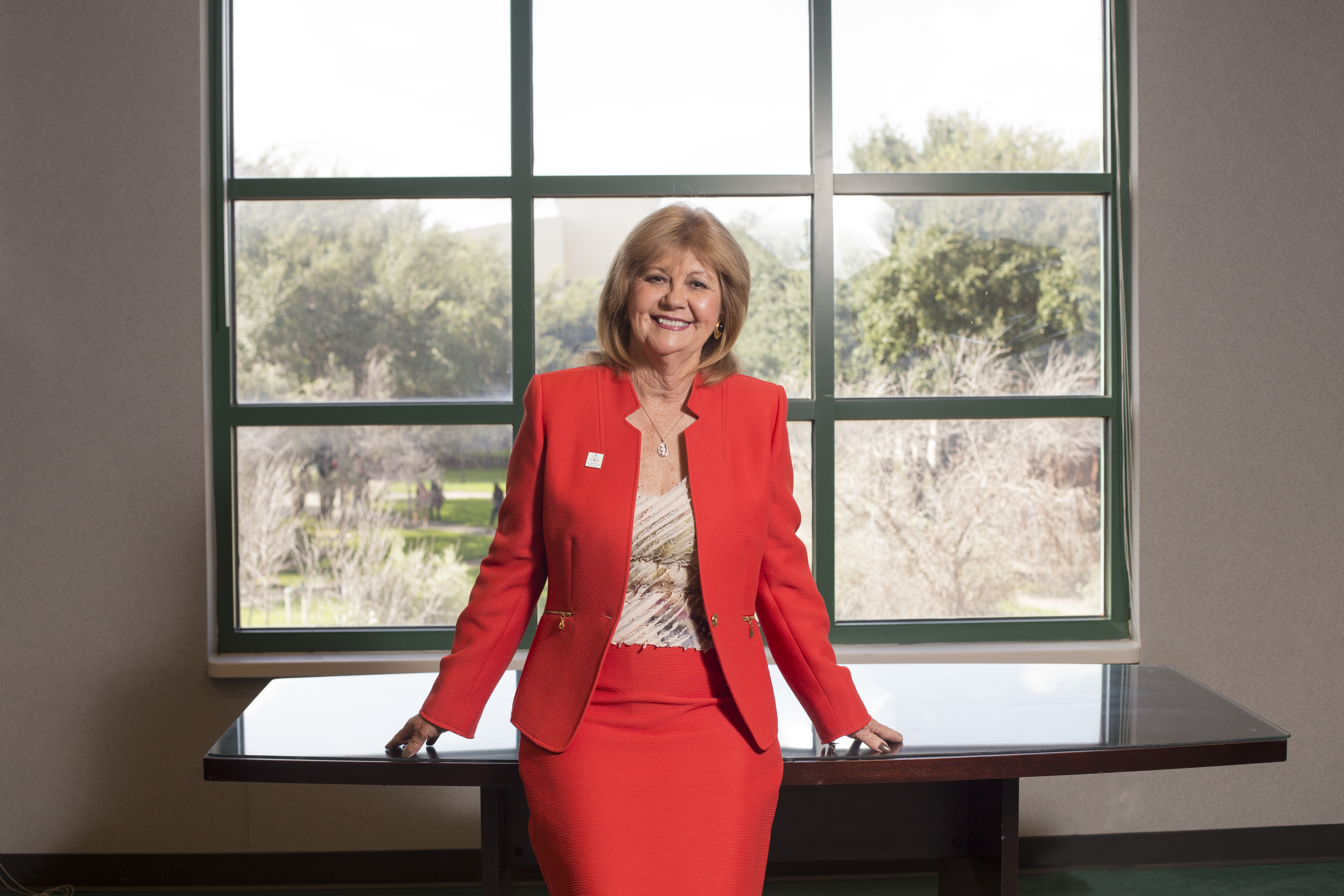 Dr. Shirley A. Reed, president of South Texas College (STC), has made her career by seeing what she likes to call “the big picture potential.” With everything she has accomplished, it is almost impossible to believe that while in high school, Dr. Reed, the founding president of the largest higher education institution south of San Antonio, was pegged as “not college material.” Her counselors told the future Harold W. McGraw, Jr. Prize in Education recipient to get married instead. Without an apparent role-model to look up to, Dr. Reed found herself taking their advice but also kept her innate ability to defend herself strong.

“I was the only little girl for probably 20 miles, growing up in a small mining town in northern Canada,” said Dr. Reed. “I learned very quickly that I had to run the fastest, be the best swimmer and excel at everything or else I would get pushed out. I was six or seven when I started to really understand what it meant to be competitive. I think those early lessons gave me the inner strength to approach life with those underlying fundamentals.”

The harsh environment in her hometown was not conducive to elevating the traditional roles of females. The lack of women’s value by men in addition to the lack of education available made it a very tough experience.

“I knew that if I didn’t stand up, I would get beat up,” said Dr. Reed. “Eventually, recognizing how devalued women were came full circle. A lot has changed since the 1950’s, but a lot has not. Sometimes you have to look within yourself for that inspiration of change.”

Change did eventually come for Dr. Reed when she ventured to a community college in her mid-twenties. It was there that she had her very first positive reinforcement regarding her abilities.

“Hearing something as simple as ‘You know Shirley, you’re really very bright and capable. Why didn’t you go to college?’ was life changing,” recalls Dr. Reed. “It still brings tears to my eyes when I think about it. I was lucky. There are so many people who never get to hear any kind of positive affirmation.”

After six years, Dr. Reed earned an Associate of Arts in Liberal Arts from St. Petersburg Junior College with her sights set on becoming a librarian. This eventually led to her career in community college administration.

“After I earned my associate degree, it gave me more confidence to continue my education,” said Dr. Reed. “I earned my bachelor’s degree from the University of South Florida and a Master of Library Science from the University of Hawaii. My first administrative role was as the Director of Learning Resources for Spoon River College in central Illinois. It was there that I learned how to establish an operation from the ground up, a skill I would use in my future administrative roles.”

Not long after, an opportunity in advancement was presented to Dr. Reed by the college’s president that would impact her for the rest of her career. Riddled with her own self-doubt and perceived lack of capabilities, Dr. Reed turned down an associate dean position, even though she was the only female community college administrator in the state of Illinois.

“I think we can all relate to similar events in our lives,” said Dr. Reed. “I thought, ‘You fool. You’ve sold yourself short and missed an opportunity.’ I had no choice but to learn from that experience, and from there I decided it was time to do something different.”

Dr. Reed’s next challenge presented itself at Northland Pioneer College where she connected 23 teaching sites with technology. After that success, the college president offered Dr. Reed the vice president of finance position. Without a background in finance, her immediate response was, “I would love to, and I am ready to do it today.” Her complete confidence in herself surpassed any old doubts that were now obsolete

Not long after, Dr. Reed was approached by the same president, who asked if she had ever thought of becoming a college president. 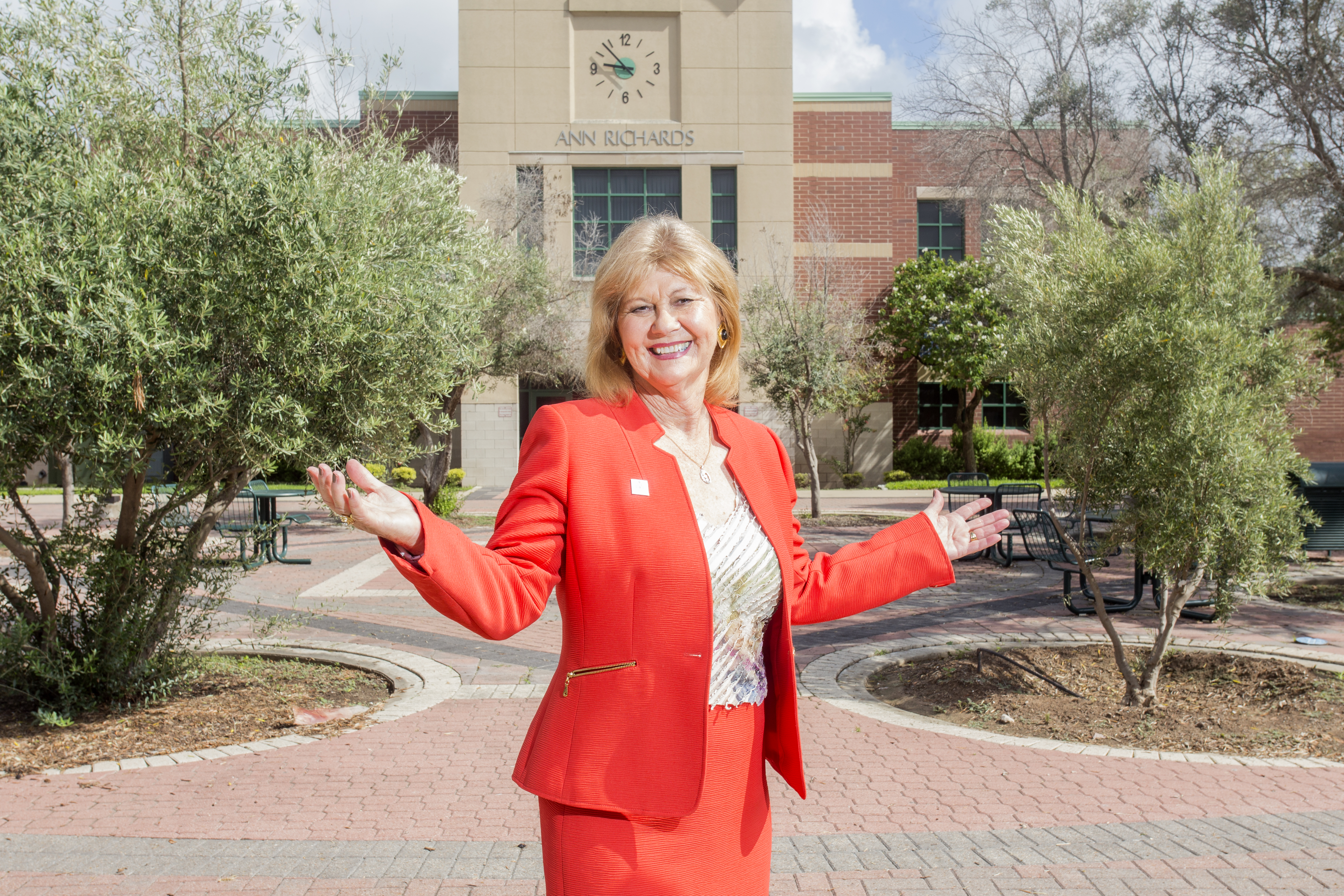 “The answer came to me pretty easily,” said Dr. Reed. “If I could build a library, run finances and prove myself time and time again, then why couldn’t I be a president? I started searching around the country, pursued my MBA and found this area that had immense opportunity for economic development. I was stunned that there was not a community college in South Texas.”

In 1993, after a nationwide search, Dr. Reed, that same girl from northern Canada who was told she was not capable of an education beyond a high school degree, was selected by the Board of Trustees as STC’s founding president. She saw the socioeconomic similarities in the Rio Grande Valley that existed in other areas of the country she had served and knew the creation of a community college would be transformative.

“It is not always easy when stereotypes still exist, especially for women,” said Dr. Reed. “However, every young woman and man has the right to recognize their own potential. Currently, there is a big social concern regarding the low high school graduation and college attendance rates of males, especially young minority men. Everyone needs to support the youth in our community, regardless if they are female or male, to continue their higher education.”

Under Dr. Reed’s leadership, STC has grown from serving 1,000 students in 1993 to 34,641 credit students in 2015. Revered throughout the state and nation, the institution’s accolades include being recognized as No. 1 in Texas and No. 2 in the U.S. for enrolling Hispanic undergraduates, in addition to being No. 1 nationwide for associate degrees awarded to Latinos in STEM fields by Excelencia in Education.

“It’s about giving an opportunity where one didn’t exist,” explained Dr. Reed. “I knew first-hand what a community college could do for someone who thought they didn’t have any choices. The Rio Grande Valley was where I could do more good than in any other environment. I very clearly saw the potential and still do. I think I’m very blessed to strategically think how I can accomplish my goals. I hope all youth, male and female, can see that kind of potential in themselves and know South Texas College is here to support them.”