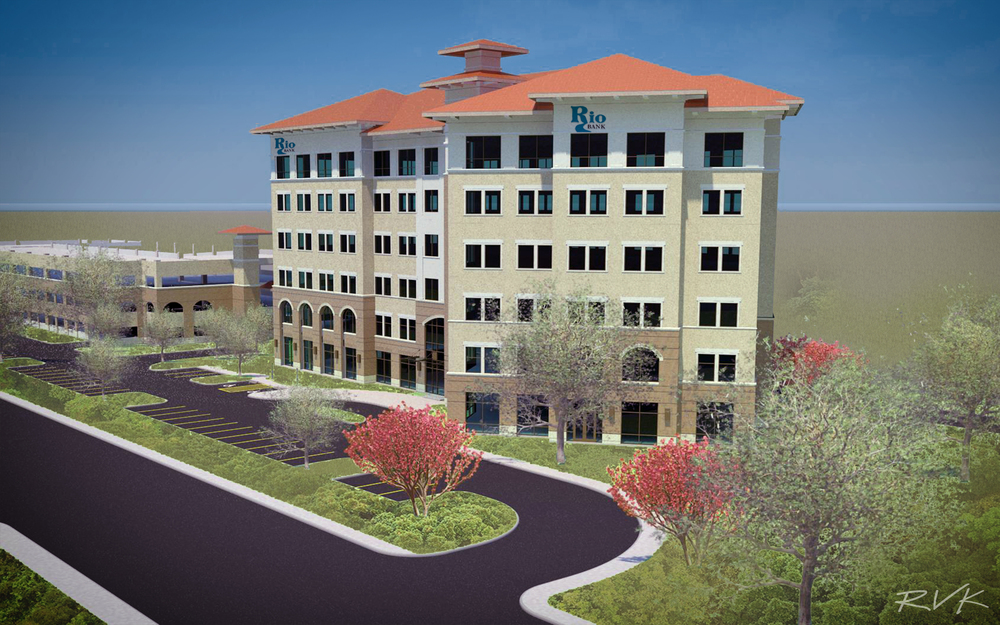 MCALLEN, TX – MAY 24 – McAllen-based Rio Bank has announced its ninth location. The soon-to-break-ground facility is located at 701 E. Expressway 83 and will add 111,234 square feet of commercial space to the McAllen market. The project also will be the first true Class A+ office building built in McAllen, and will offer covered parking to tenants and guests, which will ease the heat of South Texas’ summer months. Rio Bank will occupy approximately 25% of the building.

The building’s location offers tenants high-visibility and easy access to all parts of the Rio Grande Valley via Expressway 83. It is also adjacent to the high-end Newport Landing subdivision and minutes from Historic Downtown McAllen and the McAllen Country Club/ Country. Additionally, it is only 5 minutes from the McAllen Airport.

“Our bank was founded in 1985 and has grown in tremendous ways,” Sasser said. “When I joined Rio Bank in 1999, we managed just $30 million in assets and only had two locations. Today we oversee over $320 million in assets, with eight branches serving the Greater Rio Grande Valley. And we expect to continue our positive trajectory as we open our new location.”

This growth came with challenges, as its main banking center on 23rd Street in McAllen became too small to accomodate its employees. Rio Bank currently has a total of 104 employees

To combat the growing congestion, Rio Bank purchased its new location from State Farm, and intends to build its new bank on the site. Most of the employees from the 23rd Street location will transition to the new facility, once completed.

While a general contractor has yet to be announced, San Antonio-based RVK Architects is currently finalizing the building’s design, while Peloton Commercial Real Estate’s San Antonio office will lease to new tenants.

“One of the unique components of our new building is that we are perfectly situated near the McAllen airport, which means that tenants have easy access to flights to destinations where they conduct business.” said Sasser. “Our proximity to the highway also is critical to moving around this growing region. This should make us very attractive.”

“Ford and the team at Rio Bank are incredibly community-driven,” Peavy stated. “Adding over 111,000 square feet of Class A+ commercial space to the market is a win for the City of McAllen and the surrounding community. We will tap into that enthusiasm and look for tenants that represent the style and nature of the new office building. We look forward to breaking ground this fall.” 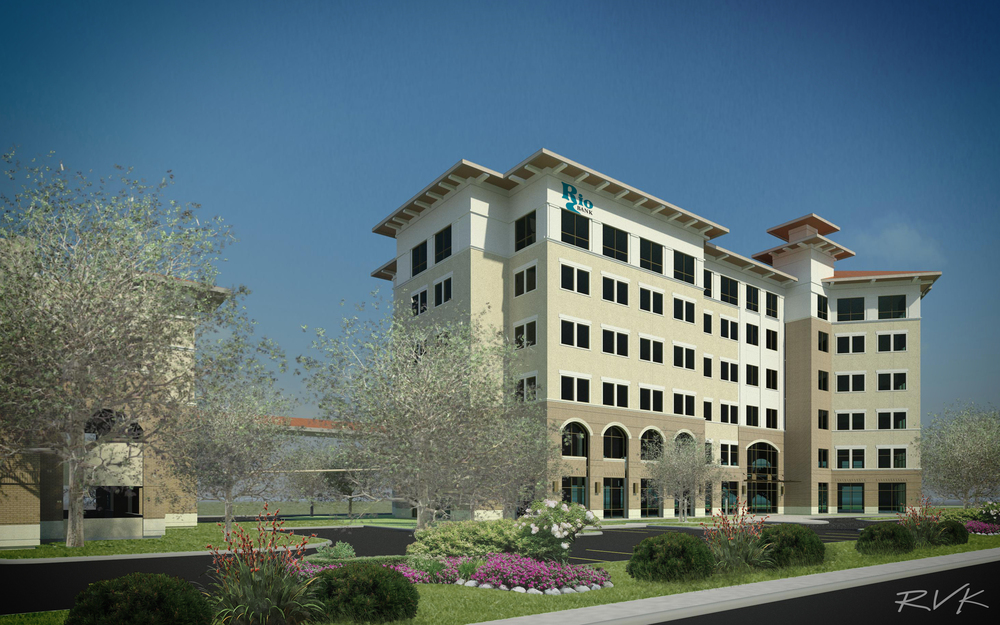 Rio Bank opened its doors for business in February of 1985. It began as a retail-oriented bank primarily catering to consumers for both deposit and loan business. In 1995, the bank opened its second banking center in North McAllen. The original ownership and management has changed since that time as well as the focus and direction of the bank. In late April of 1999, the bank had a change in management.

Ford Sasser, President and CEO, came to the bank in late April of 1999. Mr. Sasser made significant changes in lending personnel while at the same time outlined a new vision and direction for the bank. Rio Bank has become a more commercial-oriented bank. New products and services continue to be introduced.

The bank has eight locations. The main office, and original location, is on 23rd Street, just north of Pecan in McAllen. The second location is at Nolana and McColl in North East McAllen. The third location is in San Juan on Hwy 495 between I Road and Raul Longoria Road.

McAllen’s first Class A+ mid-rise office tower will be located at 701 E. Expressway 83;