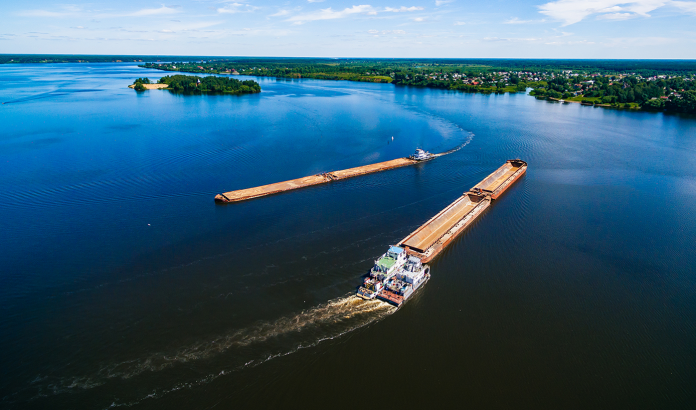 The Gulf Intracoastal Waterway (GIWW) runs around the Gulf of Mexico spanning 1,100 miles from Florida all the way to the Rio South Texas community of Brownsville, Texas, located at the southernmost tip of the state. The GIWW is the nation’s third busiest commercial waterway, only trailing the Mississippi and Ohio rivers, to which it is also connected to. This trifecta moves domestic and international cargo between some of the largest industrial centers in North America.

In Rio South Texas, three ports service the GIWW, with the Port of Brownsville, Port of Port Isabel, and the Port of Harlingen providing local companies the opportunity to move supplies and products along this highly efficient route. Products like petroleum, steel materials, and windmill components are just some of the commodities that pass through these Rio South Texas ports. From here, these products are transported throughout the U.S. and beyond via other marine highways and terrestrial transportation routes such as, I-69, I-2, and locally present Class I railroads.

Moving large volumes of products is more efficient via waterborne transport, and the GIWW is an integral part of the North American supply chain. Rio South Texas itself is located at the heart of the North American supply chain and the GIWW, situated at our region’s footsteps, carries 77.7 million tons of goods (2018) on an average of 45,000 vessels per year – that is equivalent to 5.2 million trucks. Via the GIWW, Rio South Texas gains waterborne access to the 18,000-mile inland waterway system of the U.S. and thereby to major U.S. inland industrial hubs. The connections span from Rio South Texas/Gulf Coast to ports as far north as the Great Lakes and as far east as Pennsylvania.

The GIWW is an economic force which efficiently moves millions of tons of cargo, provides a safer route of transport, and produces less greenhouse emissions by moving commodities on the water. Rio South Texas is a fast-growing bi-national region at the heart of the North American supply chain. From Rio South Texas, you can take your products anywhere, quickly and efficiently, via the GIWW or other modes of transport. If you are looking to manufacture in North America for North America, look at what Rio South Texas has to offer.