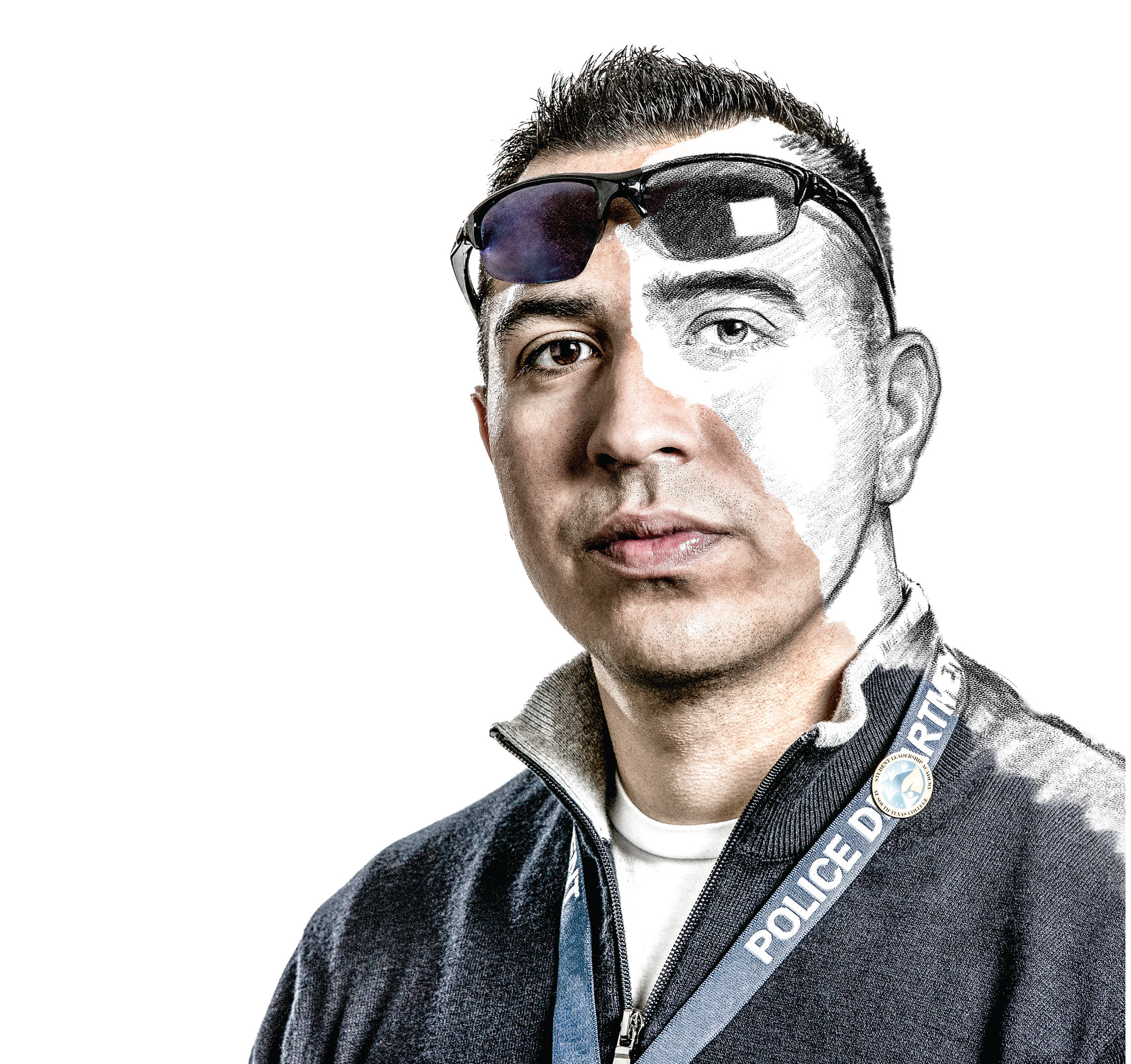 “Let me read you something,” says Robert Rodriguez’s voice over the phone. There’s a sound of well-worn paper unfolding, then he half reads, half recites a section of the Texas Police Association Code of Ethics:

As a law enforcement officer, my fundamental duty is to serve the community; to safeguard lives and property; to protect the innocent against deception, the weak against oppression or intimidation, and the peaceful against violence or disorder; and to respect the Constitutional rights of all persons to liberty, equality and justice.

The crinkling comes again as Robert returns the mantra to its usual spot in his wallet. “That’s what Peace Officers do,” he explains. “That’s what I’m going to do.”

In a media landscape dominated by tales of police brutality, the term “peace officer” is reassuring but a little surprising. Robert doesn’t disagree. He explains that “Peace Officer” is actually the official title for law enforcement officers in Texas. “Most people say ‘police officer,’ but I like to use the official language because it reminds me of what I’m supposed to be doing: protecting the peace.”

Protecting the peace has been Robert Rodriguez’s dream since he was a child growing up in Weslaco. His father and grandfather were both police officers. “I remember seeing them in their uniforms and their badges and feeling proud,” he recalls. “They taught me how the world works. They showed me how police serve and protect.”

During high school, Robert’s interest in law enforcement grew. He learned more about the justice system and refined his interest in public service. “I took a dual enrollment course in criminal justice from South Texas College. I loved learning about how the systems work and the role peace officers play.” He was heavily involved in service programs like Red Ribbon Week. Informally, he mentored younger students who struggled in school. Robert still works with beleaguered young people today, showing his commitment to the “peace” side of police work.

Robert’s next step was college. “Going to STC was a no-brainer,” he explains. “I liked the professors I had already met, it was totally affordable, they had classes and programs that fit my career, and it was ten minutes away from home. That meant I’d be ten minutes away from my mother’s molé enchiladas at any given time. You can’t beat that.”

During his time at STC, Robert earned two associate’s degrees. The first, a criminal justice degree, prepared him for his dream career. The second, a degree in interdisciplinary studies, let him explore other interests. “My interdisciplinary studies classes gave me perspective. They made me think about the world in ways I hadn’t before.” That kind of critical thinking protects us from making uninformed or reactionary decisions. This is a crucial asset for any law enforcement officer. Thanks to South Texas College, this future peace officer has it.

Academics weren’t the only area in which Robert thrived at STC. He served his community through the Office of Student Life, where he again advised struggling students, helped his peers get involved in extracurricular activities, and more. He also graduated from the STC Student Leadership Academy. “My main takeaway from the SLA was how to show leadership in a crisis situation. That clearly applies to my future line of work, and other students took away leadership skills that applied to theirs. It’s very hands-on.” Finally, Robert was elected Senator of the Student Government Association. He held the post for two years, representing students’ voices to the college administration.

About nine months before graduating, Robert was accepted into the Mission Police Academy. Despite being a full-time student with a part-time job, Robert enrolled. “It was an opportunity to fulfill my dream, and I wasn’t about to turn that down.” To say the next nine months were a whirlwind would be an understatement, but Robert made it through without complaining. “My classes from STC really prepared me for the Police Academy, so I didn’t have to play catch-up. And when you love something, you just get through it.” Grace under pressure – another reason to feel confident about this Peace Officer in the making.

Currently, Robert holds a Basic Peace Officer Certificate in addition to his two associate’s degrees. He’s in the middle of the police officer hiring process, which takes nearly a year because of all the background checks and psychological batteries that need to be completed. “I’m glad those practices are in place, but it’s not easy to wait,” Robert grins.

In the meantime, Robert works at a local middle school, a position he was able to secure thanks to his interdisciplinary studies degree from STC. He uses his mentoring experience to support students. In his spare time, Robert stays on top of his police training so he’s ready to go when the call comes.

By the close of the interview, the term “Peace Officer” no longer seemed odd. In fact, it felt like the name we would should call those who protect and serve. It describes someone who prioritizes character, shows grace under pressure, and keeps the fundamental duties of a law enforcement officer front of mind. That’s the kind of protector we want, and that’s what we’ll get in Robert Rodriguez, Peace Officer in the making.