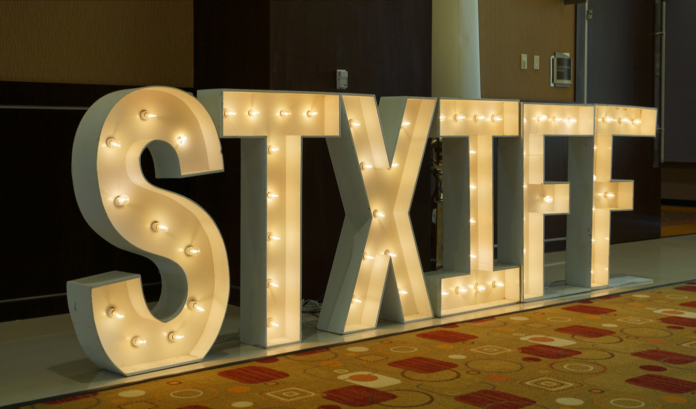 There is no festival like the South Texas International Film Festival (STXIFF). For eight years, the festival has served to promote and celebrate visual arts in the RGV by providing a space for local filmmakers and directors to showcase their work and network with other creatives.

This September, STXIFF returned after a two-year hiatus due to COVID-19. And while the connection aspect was missed, Chair of PR Brenda Garza said it caused filmmakers to tap into the next level of their creativity.

“People were shooting a lot of things in their homes and backyards,” she said. “They were learning new ways to capture a moment — whether that was photography, or whether it was editing. They became social influencers.”

Submissions for the three-day festival held by The City of Edinburg opened in March. There are a total of 12 categories, which include student, RGV, Texas, national and international films. A team of professionals in the industry screen each film and rate it based upon the technical and artistic aspects of the submission.

“It takes a village to put this festival together, but at the end of the day it’s so worth it because we’re giving a voice not only to the local actors, directors, and filmmakers, but so many from across the globe who participate,” Garza said. “We aim to showcase that you don’t have to be in Hollywood or New York. You can be in the Valley and do incredible things.”

And when the time comes for them to move on to greener pastures, they have successful actors to look up to who were once in their shoes. Cristela Alonzo, Raul Castillo, RJ Mitte, and Valente Rodriguez are among the notable talents with roots in the RGV.

According to Garza, Rodriguez has been “like the godfather” of the festival, returning year after year to give back and watch the community grow.

“He is such a big influence for a lot of the people that are coming out of the Valley and that are now becoming great actors or directors themselves,” she said.

One thing Garza said separates STXIFF from other film festivals is the hospitality of the RGV. She said visitors take note of the region’s respect and friendliness, and that leads them to spread the word and keep returning year after year.

“We do have a lot of repeating filmmakers that submit and they’re winning, which is incredible,” she said. “We also have filmmakers that have submitted to our festival and are now involved in major productions, like David Garcia who directed the new Texas Chainsaw Massacre movie and now has a talent agent.”

With the support it continues to receive — from the city, filmmakers, spectators, and other institutes of art — Garza said STXIFF continues to evolve to be bigger and better. Still, she said the fine arts are often underappreciated and undervalued.

The potential of the Valley, Garza believes, is endless. If fine arts and film were more fully embraced, she said STXIFF could soon rival other major film festivals, such as Austin’s South by Southwest.

“There are so many things, people, places, and locations in the RGV that still need to be shot — that need to be documented, that need to be put out into the world,” she said. “Our diversity is such a mecca for new emerging artists from all creative fields. At the end of the day, we are surrounded by it.

“We are visually seeing the art. We are hearing the art. We are watching it. We are sitting at the movie theaters. Once we start implementing more of the arts — whether it’s music, art, filmmaking, or television — I think that’s when we’re going to see the floodgates open up when it comes to the Valley being where it needs to be. It really takes a village.”