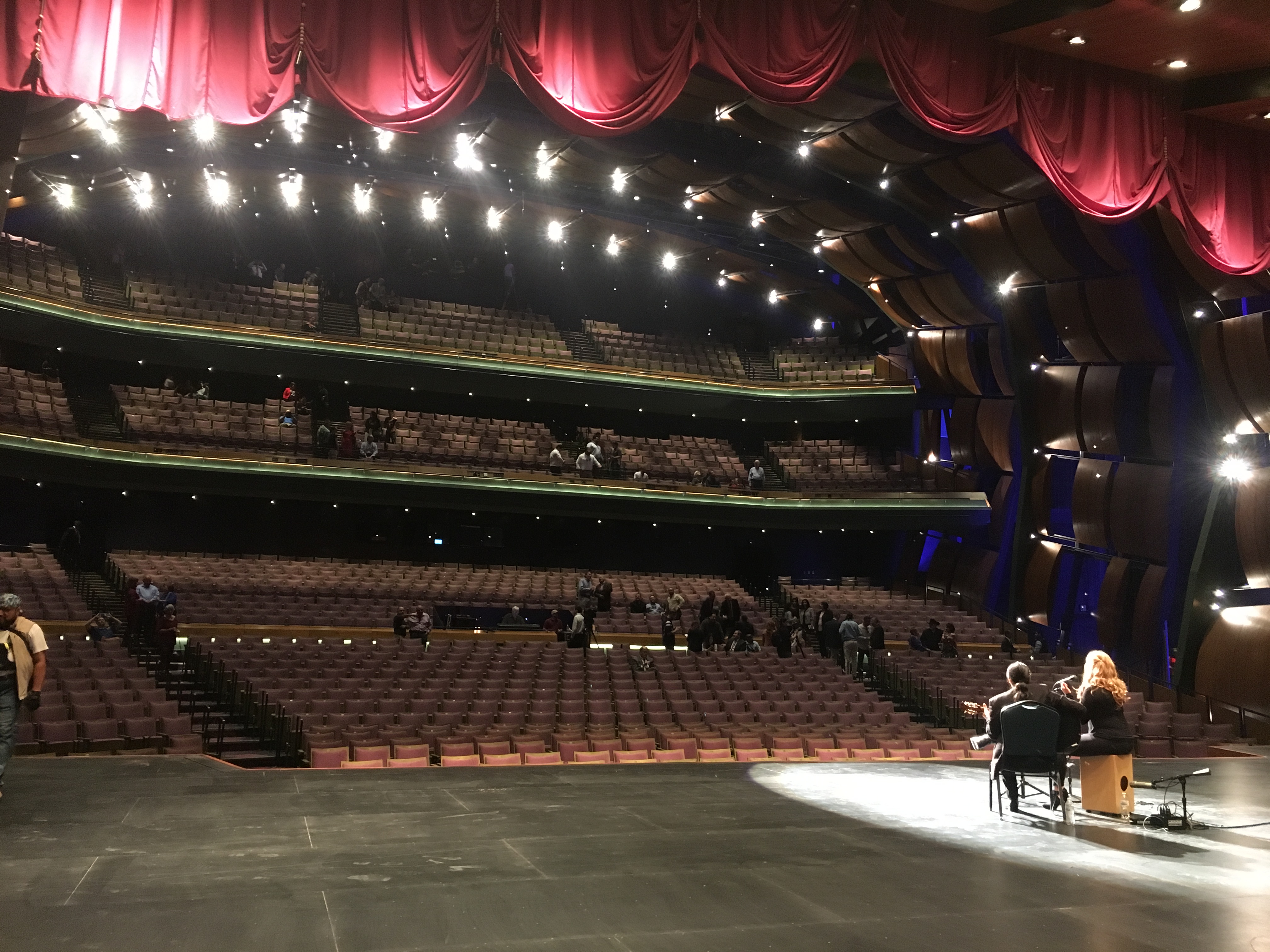 A ribbon cutting this morning, Nov. 18, celebrated the completion of the $45 million project that will bring high-quality productions to the Rio Grande Valley. The four-level City of McAllen Performing Arts Center draws from the South Texas environment for its architectural inspiration and seats 1,827 spectators in its 93,471 square feet. The venue will host cultural performances such as traveling Broadway shows, concerts, dance recitals and symphonies.

“Everyone thinks of having to go to New York, Chicago – going to the big cities for this kind of entertainment, but now that entertainment’s able to come here,” said Omar Rodriguez, Convention Center Director. He mentioned that aspiring artists in our area shouldn’t feel that they have to leave the Valley. With a venue that’s second to none, the market is being built to support the arts and culture. “We’re looking to inspire our kids and bring people to our area. This is an economic vision, as well. It supports the jobs that are seeking that type of culture and quality of life.”

Located off Ware Road and Expressway 83 next to the McAllen Convention Center, the McAllen Performing Arts Center is part of the heart of the city, nestled among the new hotels and shopping centers.

“This is really a special place and it gets more special all the time,” said Mayor Jim Darling. “We have a lot of people to thank here – and number one is the voters of McAllen. They passed a bond issue to finish the project. This is truly owned by the people of the Valley. This is their place and I hope they feel very special when they come here and enjoy all this.” 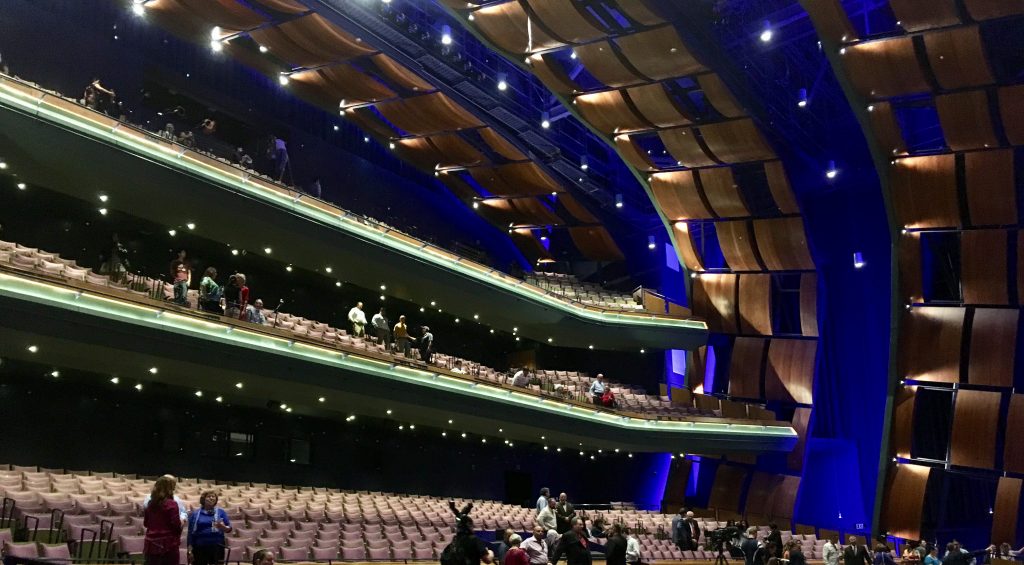 The design of the building is beautifully modern, with cast-in-place concrete walls approximately 90 feet high at some points. Eli Ochoa, ERO Architects CEO and lead design professional on the project, explained the inspiration for the facility came from the South Texas environment.  Standing in the auditorium, one can see the sun setting on the Rio Grande. “You see the reds and purples and blues,” said Ochoa, “and the mesquite wood is indigenous to our area. We had to design it around the items required for acoustics.” He explains that the wood acoustic paneling placed in rings around the stage mimic the bones of the throat that allow us to control our vocal volume. 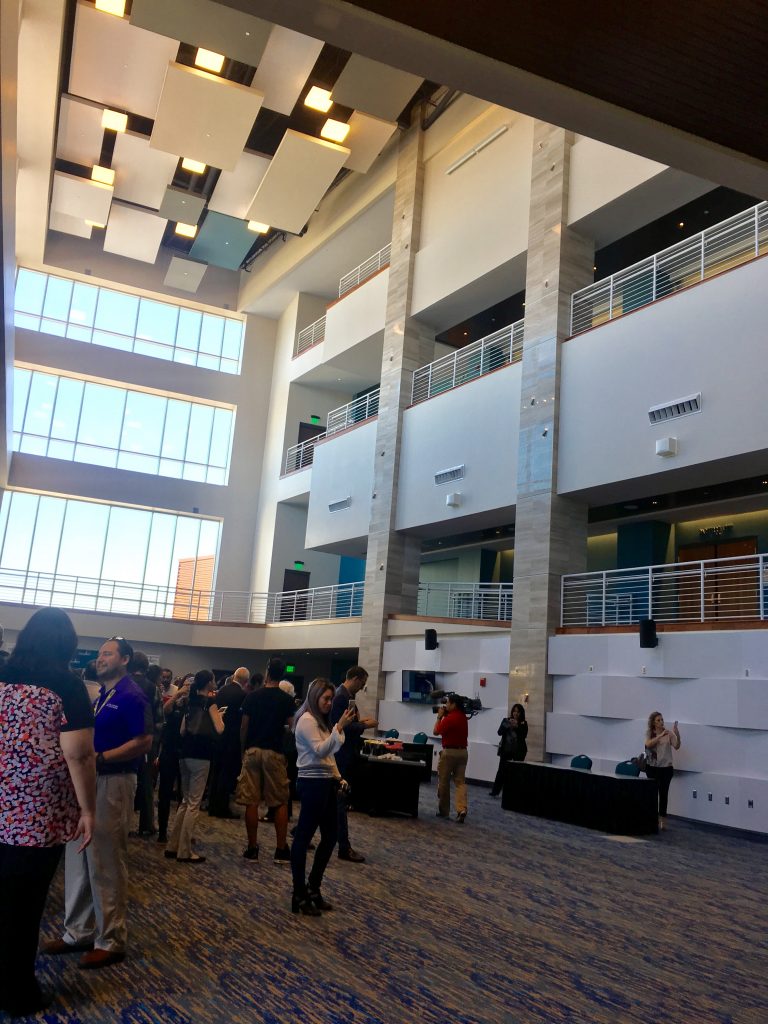 “The lobby area is inspired by a little bird that migrates through here called an Indigo Bunting,” Ochoa continued. “This is the only place where he travels through on his way north and south. A lot of the colors are centered around this little bird!” South Texas is known for its birds and butterflies, and while the convention center has a butterfly theme, the McAllen Performing Arts Center celebrates our feathered friends. Furthermore, the outside facade of the building was inspired by the palm tree’s trunk – an all-too familiar sight in the Rio Grande Valley. 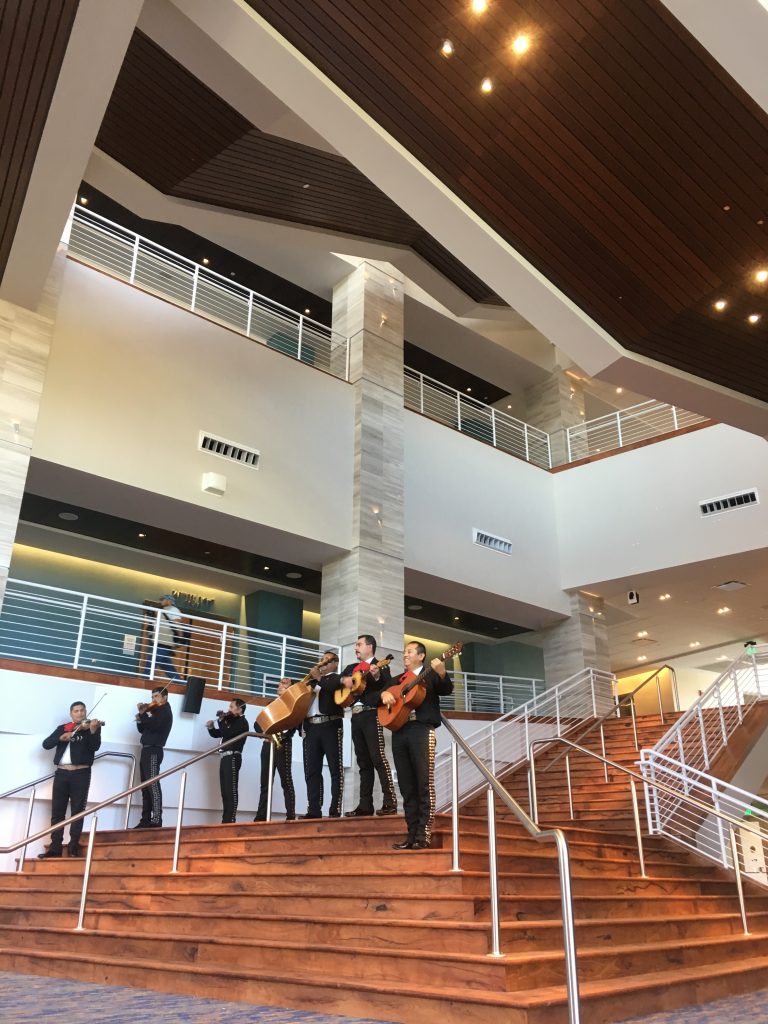 The project, four years in the making, is a reflection of the City of McAllen’s commitment to quality, says Roy Rodriguez, McAllen City Manager. “Every project has its own life – the more complicated, the more life it has. We had tough days over the last two years, but it’s because this project was seeking perfection – that’s what McAllen does,” he said. “The culture in this city is so amazing that the citizens demanded it, and we have to deliver.”

On Saturday, Nov. 19, the McAllen Performing Arts Center will be open to the public, with local performers and special guests shining on stage. After the 9:45 unveiling of a dedicated art piece called “The Vaquero of Nuevo Santander,” the public is invited to check out the venue, enjoy performances, and meet the cast of Jersey Boys from 1:30 to 4:30 p.m.

“It’s really nice to see it come through,” said Ochoa. “We drew inspirations, worked around our imagination, envisioned it – but when you see it in reality, that’s when you say ‘Wow, we really hit the mark on this.’”

To learn more about the McAllen Performing Arts Center, visit their website.