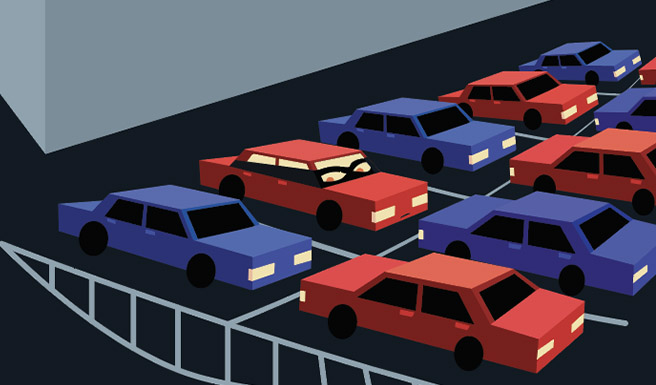 If someone comes knocking on your door offering help, hours or days after you’ve been in a car crash, chances are, it’s too good to be true.

It’s also a crime categorized as a felony.

“‘Ambulance chasers’ is not necessarily a term for an attorney, but of someone that’s literally chasing an ambulance, or chasing where an ambulance is going to go, to see if they can get the information for the person that was involved in the car crash. But it’s a lot more involved than that,” said attorney Humberto Tijerina of Tijerina Legal Group. “That’s the part that is illegal.”

Ambulance chasing — or barratry — happens often in the Rio Grande Valley, he added. Many of Tijerina’s clients have been illegally solicited by shady lawyers and their co-conspirators.

“Clients are getting calls three to four hours after the crash happened saying, ‘hey, we heard you were involved in a crash. We’re calling from a hospital charity service to follow up on your medical treatment and offer you a free medical evaluation and services,’” Tijerina said. Another trick they will use is to say, “we’re calling you from the insurance company — and we would like to come by your house to evaluate the damages on your vehicle and let you know what options you have to get your car repaired.” All of these are elaborate lies to get in front of the person who was involved in a crash and take advantage of him or her by getting them to sign a contract with an “ambulance chaser.”

“So one of the main questions that our clients have is, ‘how did they get my number?’ Well, let’s do some quick thinking,” Tijerina said. “If the ambulance chaser is visiting a person at their hospital bedside or even at their home right after a crash, what are the ways this happens? Usually we see that first responders, such as employees of the hospitals and ambulance emergency service providers, get paid to be part of the conspiracy to commit the felony of barratry by selling a victim’s contact information to the ambulance chasers. Even worse, these co-conspirators are violating federal HIPPA regulations, which are there to protect a client’s information from being shared with anyone else.”

“Not only does it seem legitimate, but when people call, they’re so good with the story they tell: They say things like, ‘We’re calling you because we care about you and we want to make sure everything’s OK,’” Tijerina said. “Just remember, if these guys are willing to lie, cheat, and steal to get that case, whoever is working with them is going to be willing to lie, cheat, and steal to not give the client the money they deserve.”

So if you receive a call or a visit from someone offering “free services” and trying to steer you to a particular lawyer or doctor, those are red flags for someone committing the crime of barratry.

Fortunately, our state representatives have taken numerous steps that people can follow to protect themselves from this crime.

“There’s actually an opportunity for somebody that’s been solicited to be able to make $10,000 if they have the needed proof and have a lawyer file a lawsuit to prove that they were solicited illegally,” Tijerina said.  Also, in the past few months, the Texas Rangers have deployed billboards that include the phone number (512) 424-2160 to call if someone is a victim of barratry.

Because ambulance chasers often use “burner” phones that they regularly throw away and attempt to protect themselves with paperwork, it’s important to read what you’re asked to sign.

The most important thing to remember is to never trust anyone that shows up at your doorstep — or, if you’re at a hospital, at your bedside — offering you any kind of services after you’ve been involved in a crash. And if someone does show up at your doorstep, ask for a business card and take photos of their vehicle and license plate before they leave. “Get as much information as you can, build up a case for yourself,” Tijerina urged. “If you’re working with an attorney from the beginning, the attorney can help you with all these things to make sure that we root this sickness, so to speak, out of the legal community. It really tarnishes the whole image of the legal community.”

In order to avoid all of this and protect yourself, it’s essential that immediately after a car crash, you call a reputable law firm so that you can have the support you need if you’re approached by an ambulance chaser.