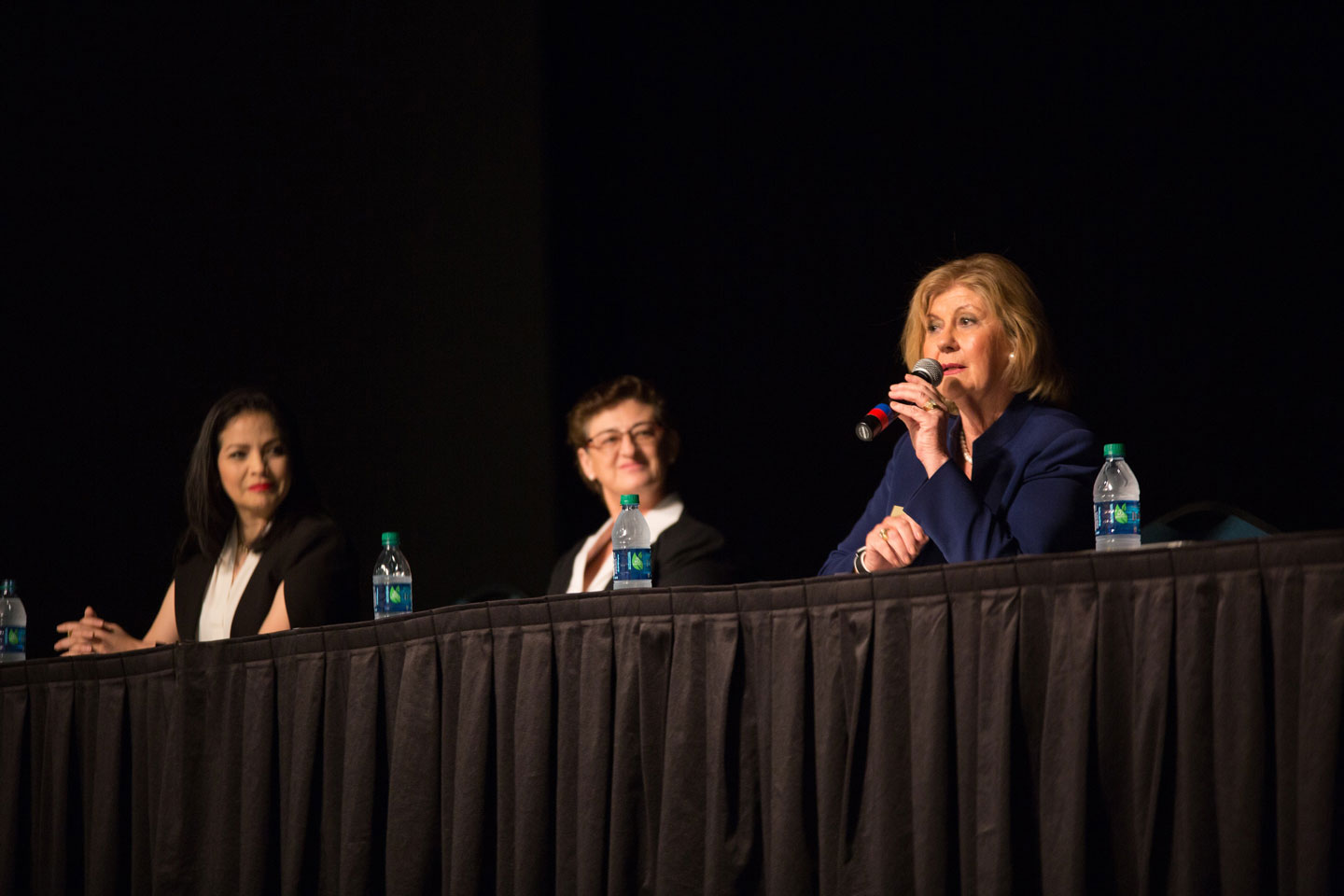 “Have confidence in yourself, in your potential and in your ability,” Dr. Reed told attendees when she was asked about advice she could give to women. “I say that because I see thousands of young women struggling in many ways. Part of that is lack of self-confidence, lack of self-esteem wondering about what they can do with their lives. It is not easy. When opportunity comes before you, you have to be prepared.”
In celebration of Women’s History Month in March, the City of McAllen hosts a series of events to promote and encourage the contributions of women in the city. As part of the celebration, the city recognizes women who are trailblazers in their respective fields.

“We use today to learn and celebrate the political, social and economic achievements of women around the world,” McAllen Mayor Jim Darling told attendees at the event. “All of these achievements and advancements we have had in women and in culture haven’t been accomplished without trailblazers,

“A trailblazer is defined as someone who makes a new path through wild and hostile country,” he said. “The people we are recognizing here today aren’t women who merely decided to excel in the career, they had to be a trailblazer because it wasn’t easy. These are people who are extremely confident and skilled who opened up opportunities for everyone.”

Under Dr. Reed’s leadership, STC has grown from serving 1,000 students in 1993 to more than 34,000 students in 2017. STC has been ranked second in the nation for total enrollment of Hispanics among two and four-year schools in 2015, according to Hispanic Outlook (HO) on Education Magazine.

“There was a time 25 years ago when if you wanted to go to college, really your options were UT-Pan American or Texas State Technical College and they offered secretarial science. That was one of the big majors for women,” Dr. Reed said. “I had the opportunity to put in place the infrastructure and select the incredible team we have. I played a role in developing more than 120 different degrees that we offer including baccalaureate degrees. That is quite a crowing accomplishment that will be proudly displayed on my resume for some time.”