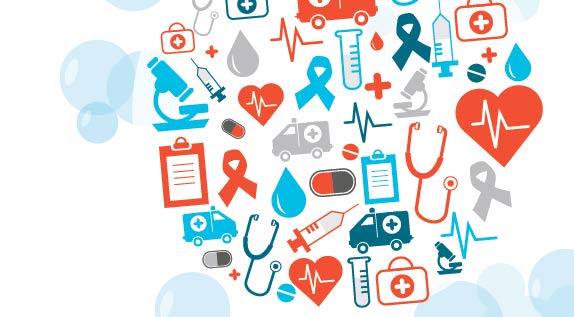 Those in the home healthcare arena who wished to remain anonymous for this article say the bubble has been burst for years.

When former U.S. President Bill Clinton introduced the Balanced Budget Act of 1997, it was the beginning of the end for many in the home healthcare industry, as most agencies until that time operated with little hindrance and oversight.  Most didn’t survive that first wave of government intervention.

A former administrator in South Texas says their agency went from making $21 million a year to less than $2 million, and lost half its branches during this time.

“We got into home health care in the late 1980’s.  We have been able to navigate the different regulations that the government has handed down,” the administrator says.  “We are a modest sized agency that employs over 700 part and full-time employees.  It has been very tempting to leave the industry, but since we have a higher mandate than our own personal will, we stick it out and fight.  We have a great team of staff members, and that has really carried us through.”

“The biggest threats we face are the changes coming through Obamacare and decreased reimbursement from Medicare, the HMO kinks, and the negative perception of home healthcare in general,” she said.

The healthcare industry in McAllen was rocked in 2009 following a scathing report by the New Yorker, which reported that the city was the second most expensive healthcare market in the country behind Miami.  Despite an income per capita of just $12,000, Medicare spent $15,000 per enrollee in 2006, $3000 more than the average person earns, the New Yorker reported.

The report, which brought the region national attention, also served as the basis for talks in Congress.  Lawmakers eventually passed the Patient Protection and Affordable Care Act of 2010 (PPACA), and in the process enacted record-breaking provider payment cuts, as well as hard caps on the growth of Medicare spending for the first time in Medicare’s history.

Each year, about one-quarter of all Medicare beneficiaries receive care following a hospitalization from a post-acute care provider, such as a skilled nursing facility, home health agency, or inpatient rehabilitation facility, according to the Medicare Payment Advisory Commission.

“More recently, entrance to the home healthcare industry seems to have slowed, and with Zone Program Integrity Contractors (ZPIC) offices stationed in the Valley, our industry is under intense scrutiny,” the administrator said.

“McAllen has been reported on nationally about being a hotbed of fraud and abuse.  We have seen and heard of companies closing due to the fact that we are being monitored more closely and investigated more thoroughly,” she said.  “For those wanting to get into home health, we would highly recommend proceeding with caution.”

ZPICs are regarded as one of the most dangerous weapons that Medicare has at its disposal.  The contractors are charged with leading fraud investigations on agencies, and they work with the Department of Justice and Office of the Inspector General to fight abuse.

“That is not to say that there is not money to be made.  We have all heard stories of owners/administrators living in opulence, spending money on fishing trips for doctors, and having connections to doctor’s offices that allow them to meet their census demands,” the administrator says.  “However, with Medicare investigators in the Valley, we have seen that doctors are more hesitant to refer or even approve orders for those that legitimately need the service.”

Home healthcare agencies call the new HMOs in the Valley a “headache, and a new program that is working out its kinks.”  A combination of these factors have left agencies with the burden of making visits, being reimbursed less, and enduring mistakes when it comes to recoupment of reimbursement dollars.

Texas already had some of the lowest rates of reimbursements prior to budget cuts in the Legislature, according to home healthcare advocates.

“With the sequestration’s two percent cut, set to take effect April 1, the Medicare home health benefit has been cut by a disproportionate $77 billion over the next 10 years, starting in 2009.   Home healthcare companies have already sustained significant federal reductions from the health reform legislation and regulatory reductions, and today, Medicare spending on home health is less than it was in 1997.”

That has made it very difficult to provide benefits such as insurance and retirement, and it has affected home healthcare agencies the ability to bring on choice staff, since they cannot compete competitively with other health care industries.

The administrative burden has made it impossible to expand, which means that the majority of our focus is on keeping people employed rather than extending our service area, according to administrators.

“The Golden Age was pre-1997.  There are some agencies still enjoying those perks, but not like before.  Nowadays, the majority of us must navigate the peaks and valleys,” spokespersons say.

“As Administrators, we have had to go without paychecks from time to time to make sure everyone else is able to cash their own.  Medicare doesn’t understand that what they do affects real people in a direct way,” she said.  “We have had to discharge some of our most sick patients, because Medicare has put a cap on those that we see more often.  They become outlier patients if they need more than daily care, and if we have more than our mandated 10 percent limit, Medicare has the right to take back 100 percent of what they paid for that patient.  It is a scary thought that those that really need help can’t have it.”