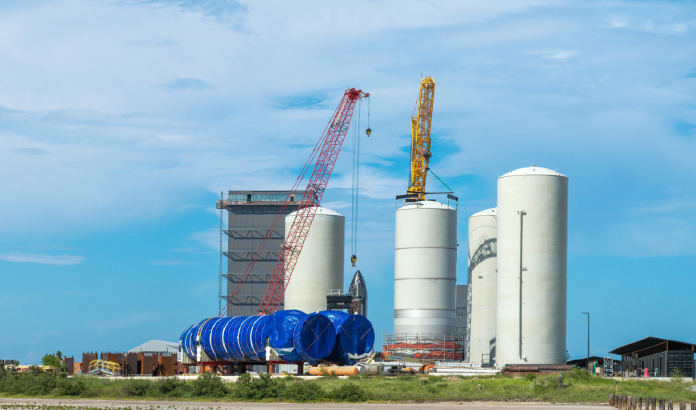 South Padre Island has long been the premier destination of tourists and spring breakers seeking fun in the sun and saltwater therapy that can only be found at the beach.

But tourists who have a keen interest in space exploration and interplanetary travel are also finding their niche at the SpaceX Starbase in Boca Chica, where, it seems, the next generation of American space exploration is being created.

So, what is Starbase and how do you get there?

Starbase is the facility where billionaire Elon Musk and his SpaceX team are building the next generation of rockets and space capsules to travel to Mars or other celestial bodies.

According to a blog published in December, visitors to Starbase are able to see some of the rockets under construction. Tours are not allowed, and most of what space enthusiasts may see will likely be from the roadside or across the bay with a pair of binoculars if they are testing one of the rockets.

Regardless, if you build them, they will come.

Teresa Rodriguez, senior marketing and communications manager for the South Padre Island Convention and Visitors Bureau, said while a majority of tourists come to the Valley to enjoy the beaches, they are aware of those tourists who visit the region specifically to see Starbase.

“SpaceX is a wonderful backdrop to the City of South Padre Island, which brings something unique and exciting to the destination with its history-in-the-making aspect of space travel,” she said. “Our visitors come to enjoy the beautiful beaches that South Padre Island is known for, and to explore the variety of things available to do and see while they are here.

“SpaceX is another element we have to offer our visitors — especially those particularly intrigued by the growing interest in space tourism. The last launch from SpaceX Boca Chica was in 2021. We look forward to watching the project grow to become a more important part of our tourism offerings in the future.”

Brandon Krupala, a real estate professional in South Padre Island, said SpaceX and Starbase are not only drawing more tourists to the Valley, they are also having a positive impact on the local real estate market.

“I have seen a lot of inquiries from people who are moving here specifically for SpaceX, and I have heard from others who responded by coming to the area after Elon Musk sent out a tweet urging people to come to Cameron County,” Krupala said.

Krupala, who is part of a real estate team that includes his wife, Audrey, said his team has worked with several SpaceX employees who have come to the Valley and helped them find their new home.

Krupala said he recently listed a home in Port Isabel that has a direct sight line to the SpaceX launch site, where the new homeowner has an unobstructed view of any rocket launch.

Although Krupala said he has never personally seen a SpaceX launch, he and his wife have heard the earth shaking rumble of a launch when they launched a test rocket last year.

“It was about five miles from where we were, and it was incredibly loud,” he said. “I have a friend who has taken video from his deck.”

Krupala believes Starbase and SpaceX will not only continue to help generate tourism, but will also have a positive impact on the local economy.