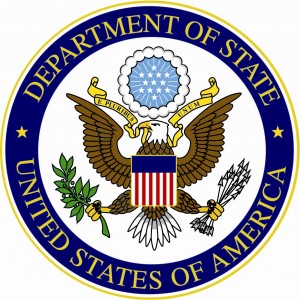 A travel warning from the U.S. Department of State has been issued to all U.S. citizens regarding the security situation in Mexico.

Travelers should take “strong precautions” and reference state-by-state assessments, according to the DOS. Specific regions of Mexico have been affected and may vary.

Mexico is visited by millions of U.S citizens each year for different reasons, such as for education, leisure, business, and tourism. More than 150,000 cross the border every day. In 2012 alone, more than 20 million U.S. citizens visited Mexico, and because of the high visitation rate, the Department of State says Mexico makes a considerable effort to protect U.S. citizens and other foreign visitors to major tourist destinations, as well as other parts of Mexico.

“There is no evidence that Transnational Criminal Organizations (TCOs) have targeted U.S. visitors and residents based on their nationality,” according to a statement by the DOS. “Drug-related violence and crime are not reported in major resort areas and tourist destinations that are generally reported in the border region and major trafficking routes.”

U.S. travelers should be aware of the extensive effort the Mexican government engages in to reduce the amount of violence the involve TCOs engaging in narcotics trafficking and other unlawful activities throughout Mexico. TCOs themselves participate in a violent struggle to control the drug trafficking routes and other criminal activity.

Crime and violence is capable of occurring anywhere, not just in Mexico, according to the DOS. U.S. citizens have fallen victim to such crimes, including homicide, gun battles, and kidnapping. Innocent citizens have also been killed in narcotic-related activity between TCOs.

Here is the partial report  by the State Department:

Strong precaution is encouraged as U.S. citizens consider traveling throughout the northern border region of Mexico. Gun battles between rival TCOs or with Mexican authorities have taken place in towns and cities in many parts of Mexico, particularly in the border region. Timing and location of such activity varies from broad daylight on streets and other public venues to restaurants and night clubs. U.S. citizens have been trapped in these situations and have also fallen victim to TCOs stealing their vehicles. Although the Mexican government makes a constant effort to quickly respond to such criminal activity, blockage of roads may prevent military and police to respond in a timely manner.

The number of kidnappings and disappearances throughout Mexico is of particular concern. Locals, expatriates, and local police have been victimized. Having a low profile and avoiding display of wealth that may draw attention is strongly advised. Carjacking and highway robbery are an additional concern in many parts of the border region. U.S. citizens have been victims and murdered in such incidents. Carjackers have used a variety of techniques to accomplish their task such as shooting, bumping, and running vehicles off the road. Newer, larger, and darker colored SUVs have been targeted the most and while these violent incidents have occurred at all hours of the day on both modern toll highways (“cuotas”), as well as secondary roads, these incidents are most common in the night time and on isolated roads. To reduce the risk of being engaged in such incidents, U.S. citizens are strongly encouraged and advised to travel by road during the daylight hours and to use toll roads whenever possible. Cooperation at all checkpoints is strongly advised since TCOs have erected their own unauthorized checkpoints, at times wearing police and military uniforms.

Restrictions on U.S. government employees’ (U.S. citizens working at the Embassy and the nine consulates throughout Mexico) travel has been imposed by the U.S. Mission in Mexico since July 15,2010. USG employees and their families are not permitted to travel by road from the U.S. – Mexico border to or from the interior of Mexico or Central America. Personal travel by vehicles is restricted to specific areas such as between Hermosillo and Nogales and may only be during daylight hours and the Highway 15 toll road (“cuota”).  Personal travel to all areas in which it is advised to “defer non-essential travel” is prohibited to USG personnel and their families. While some travel for official purposes is essential, conduction of activity is with extensive security precautions. Personal travel is permitted to areas where no advisory is in effect. Although the general public is not forbidden to travel to such areas, USG personnel may not be available to quickly respond in cases of emergencies due to security precautions bestowed upon them in such destinations.