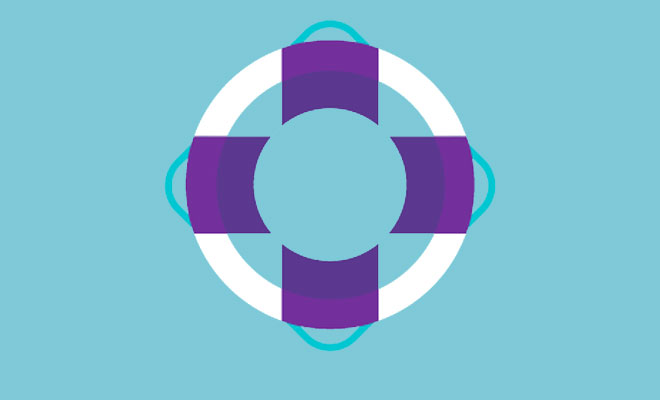 It’s not an easy topic to discuss and the more we try to understand why, we realize we will never know. The sadness that surrounds suicide and the loss of a loved one is difficult to cope with and the process of healing is different for everyone affected.

For years, Melissa Hinojosa-Zamora didn’t talk about the pain she suffered as a child. She experienced the devastating loss of her father to suicide when she was just 8 years old. Like many other survivors of suicide, Hinojosa-Zamora’s emotions were centered on shame and the stigma attached to suicide, which caused people to shudder when the word was spoken.

“It took me many years to reconcile my father’s death,” Hinojosa-Zamora said. “In 2011, I began walking with a few friends every morning. One morning, my friend, Missy Garcia Moreno, did not show up because her brother had taken his life. Listening to my friends talk about this tragedy, I remained paralyzed inside. I could not utter one word because I just never spoke about my father’s death.

“In October 2011, I gave birth to my third child, my son, at the age of 39. All of a sudden all of the emotions that I held onto surrounding my father’s suicide hit me like a tons of bricks. I was happy (in life), but yet I felt saddened thinking about the fact my father was feeling so helpless at the same age,” Hinojosa-Zamora recalled. “At that time, my daughter was 8, the same age I was when he passed. I just knew I could no longer stay silent. I needed to talk about my father’s suicide and I needed my children to know my father as the great person he was and not the darkness I kept him in.”

A Google search of suicide prevention turned up a walk in San Antonio promoting the American Foundation for Suicide Prevention (AFSP), and Hinojosa-Zamora found a calling. Participating in that walk was one of the first steps that led to her path to healing and recovery and eventually into the role of being an advocate for suicide prevention.

The AFSP is a nonprofit organization exclusively dedicated to understanding and preventing suicide through research, education, and advocacy, as well as reaching out to people with mental disorders and those impacted by suicide.

In 2012, Hinojosa-Zamora became one of the founding board members of the AFSP South Texas Chapter and serves as the fundraising and public policy chair. In her role, she’s tasked with building relationships with members of Congress and state legislators to prevent suicide.

As her involvement with AFSP grew, she sought out the support of Moreno and the two finally discussed their experience with suicide and the importance of mental health and suicide awareness.

“I asked Missy if she would consider chairing a local walk with me and she agreed,” Hinojosa-Zamora said. “Our inaugural walk was held on Nov. 23, 2012, and we had over 1,000 walkers participate and raised over $32,000. The Rio Grande Valley was clearly ready to talk about suicide and mental health conditions.

“We officially became a chapter in October of 2015,” Hinojosa-Zamora said of the chapter that serves San Antonio, Laredo, Brownsville, Corpus Christi, and Victoria.“Currently, we’re beginning to get our programming into the community and some schools. I, myself, have gone to Washington, D.C., to talk to our congressmen about legislation that could affect suicide prevention and mental health.”

Moreno is also a board member now and chairs the International Survivors of Suicide Loss Day, which will be held at the McAllen Public Library on Nov. 18. Survivor Day is the one day a year when people affected by suicide loss around the world gather at events in their local communities to find comfort and gain understanding as they share stories of healing and hope.

“We are gearing up for our sixth annual RGV Out of the Darkness Community Walk,” Hinojosa-Zamora added. “The walk is typically in November, but due to recent hurricane efforts, we have re-scheduled the walk to Jan. 6, 2018.”

Hinojosa-Zamora explained that the walk has grown by the thousands and all the money raised supports the AFSP local and national education and advocacy programs and its goal to reduce the annual rate of suicide.

“There is hope and understanding, and we can all make a difference to support those affected by mental illness and those that have faced the loss of a loved one to suicide,” she said.