Dr. Irigoyen on the need to recover the sense that the elderly has much to offer in spite of increasing Alzheimer’s threat 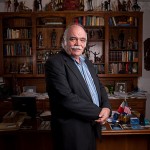 When treating Alzheimer’s Disease, Mission Psychiatrist Dr. Fructuoso Irigoyen believes a good doctor is someone patients can talk to openly, and who can just as effectively listen.

THE CENTER is a private organization of dedicated Mental Health Professionals with a variety of therapeutic orientations and skills committed to providing quality services in the diagnosis and treatment of mental and emotional disorders.

The prevalence of Alzheimer’s, especially among Hispanics is three times higher than Caucasians, according to Dr. Irigoyen, who holds regular presentations at Doctor’s Hospital at Renaissance to raise awareness about Alzheimer’s within the medical community and general public.

“One of the things is to have people less afraid of a disease that everyone knows about,” said Dr. Irigoyen, about his purpose for holding regular meetings. “For example, how can someone get in the lions cage and be a lion tamer? Well, it’s because they know how a lion operates. If you know the enemy so to speak, then you will have more resources to use against it.”

Alzheimer’s Disease a degenerative condition that affects more than 5 million people in the U.S., according to the Alzheimer’s Association, a leading, global voluntary health organization in Alzheimer’s care and support, as well as the largest private, nonprofit funder of Alzheimer’s research in the world.

More than 2.5 million more will be diagnosed by the year 2030. By the year 2050, as many as 16 million people will have the disease, according to Dr. Irigoyen, who says the issue is much bigger than the current retiring Baby Boomer phenomena. Increasing numbers of patients being diagnosed is taking place on a world wide scale. Some places are even more impacted by the disease than the U.S., he said.

“Baby boomers are an American phenomena (but) this is happening all over the world. What happens in the United States is you have a better means to diagnose people, so you have more cases identified,” Dr. Irigoyen said. 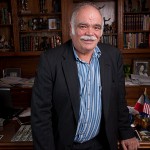 “All indicators say it is increasing. There are measurements showing Alzheimer’s is increasing all over the world. As a matter of fact, places like  Latin America and Africa are among those that are going to have more cases of Alzheimers,”

“It’s not only because people are going to be living longer. It’s just that this thing tends to level in populations of 60 years and over,” he said.

A  graduate from the Universidad Autónoma de Chihuahua School of Medicine in 1972, Dr. Irigoyen worked for about 10 years among the Tarahumara Indians in the Mexican Sierra Madre and authored several books about that group.

He then completed his Residency Training Program in Psychiatry at the University of New Mexico in Albuquerque. He has resided in McAllen since 1987 and has since opened a practice in Mission. Dr. Irigoyen specializes in adults and senior patients and is bilingual in Spanish and English.

“The main point I want to make is that people with Alzheimer’s are still people, and it’s important to approach them as such and realize what they can still give to future generations,” said Dr. Irigoyen. “Remember, in other societies it’s the old person who is respected. We need to recover that sense that the elderly has knowledge, that the elderly are still a part of us.”