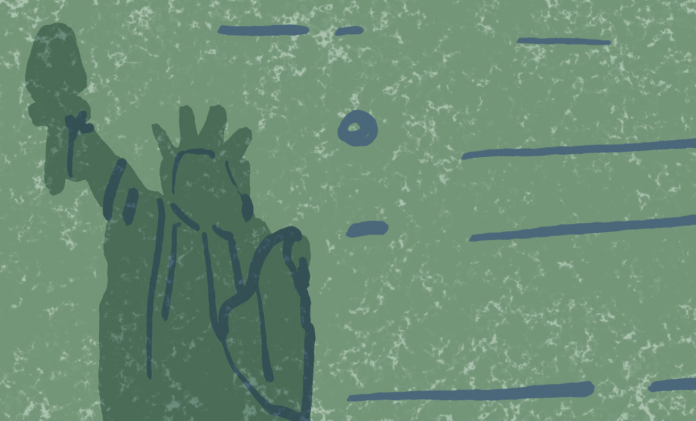 The deadly virus, which reared its head in December 2019 in Wuhan, China, and quickly spread worldwide, killed thousands in just a few weeks. Governments issued warnings and took drastic action that included quarantines and shutdowns.

The U.S. was among those governments that closed federal facilities, while state governors followed suit by shutting down state and local government offices, schools, and businesses, sending American workers into quarantine. It didn’t take long for many to realize that the health crisis had slammed the brakes on the booming U.S. economy and created a substantial economic crisis.

Congressional leaders when to work, and in March 2020, then-President Donald Trump signed the $2.2 trillion Coronavirus Aid, Relief, and Economic Security Act, which added billions toward pandemic relief for those who’d lost their jobs and guaranteed millions of Americans would receive a $1,200 stimulus payment to be used toward essential goods.

It would be the first of three stimulus packages congressional leaders would pass, with the last in March 2021 signed into law by President Joe Biden.

The initial rounds of stimulus payments were a welcome sight to many displaced workers, but overall these payments may act as a double-edged sword.

“I think the stimulus payments helped people from a financial standpoint, but the challenge from an employer’s standpoint is that they’ve had trouble getting people to come back to work,”  says Raleigh Taylor, who serves as a special advisor with the U.S. Chamber of Commerce in Washington, D.C. “This ends up impacting people adversely, because if businesses aren’t able to operate and operate at the capacity they are used to, then they have to start laying off and restructuring. In the long term, I think it’s adverse in a macro side effect.”

According to data from the Texas Comptroller’s Office, the 28-county South Texas region, which includes Laredo, Corpus Christi, and the Rio Grande Valley, was beginning to see the benefits of a slowly growing population in some counties, increases in college enrollment, and economic growth in 2019.

However, much of the positives seen in the dawn of a new decade seemingly evaporated overnight. Restaurants and hotels closed in the middle of spring break — a peak season for South Padre Island and Corpus Christi — and grocery stores saw runs on cleaning supplies, toilet paper, and non-perishable foods.

Business segments such as restaurants and retailers were among the hardest hit by the crisis, but so were industries like oil and gas, which saw the price of oil drop to near zero last summer.

Sergio Contreras, president and CEO of the Rio Grande Valley Partnership, said the stimulus overall had been beneficial to the local economy, but there continues to be hardships to some local businesses.

“There are certain industries that are struggling to get the workforce that is needed to sustain and maintain their business as the economy begins to open,” he said.

Like Taylor, Contreras agreed that the retail and restaurant industries were among the hardest hit that continue to struggle, as well as the construction industry.

“There are multiple reasons,” he said. “Either they have not been vaccinated or don’t plan to get vaccinated, so there is that fear.”

Contreras added that some workers are not working because receiving unemployment benefits outweighs going back to work, while other workers are concerned about the availability of training to obtain a skill.

Mike Gonzalez, communications specialist for the Lower Rio Grande Valley’s Workforce Solutions Office, said while the stimulus payments were helpful, the Federal Pandemic Emergency Unemployment Compensation Program, which was initially enacted under the CARES Act in 2020, probably helped more. And while employers in nearly every sector suffered, things are starting to turn around.

“We are seeing the market repair itself, and in essence we are seeing employers offering higher pay rates to make themselves more competitive in the job market, because as it stands right now, we have more jobs available in Texas now than we did prior to the pandemic,” Gonzalez said.

Juan Garza, who owns and operates Pieology Pizzeria franchises in McAllen and Edinburg, is like many other small business owners who’ve lived the struggle of trying to keep his workforce intact and his business afloat during a global pandemic.

Before the start of the pandemic, Garza had 50 employees. But as news spread that whole economies would close down, staff at his store locations were fearful of losing their jobs.

Garza said he promised his staff members that they would all keep their jobs and be able to keep working, but that hours would be significantly reduced.

Initially, everyone accepted what was happening, but when the federal government authorized pandemic relief payments and unemployment insurance for displaced workers, half of his employees stopped coming to work.

“People aren’t unable to work, they are unwilling to work,” he said. “This was a totally new animal. No one thought this would happen this way.”

Garza, who came to the U.S. from Mexico in 2008, said the initial pandemic relief packages were helpful, but added that the pandemic relief and subsequent stimulus payments had the same effect on his workforce as it has for decades for citizens in Mexico.

“In Mexico, we are used to getting help from the government for everything,” he said. “The moment you start subsidizing people who are lazy, people who won’t work, or people who won’t go to school, you start creating little monsters, and they get used to not doing anything.”

While most would consider this catastrophic, Garza said the actions of those employees who left was a silver lining, revealing to him who his best and most reliable employees really were. Many of them have since received raises of up to 30%. As people slowly begin to return to work, Garza said he doesn’t hold any hard feelings to those employees who quit, and would hire them back if they asked for a job.

“I believe in second chances,” he said. “This country is a wonderful place of opportunity, and you have to be able to give people a chance to do better.”