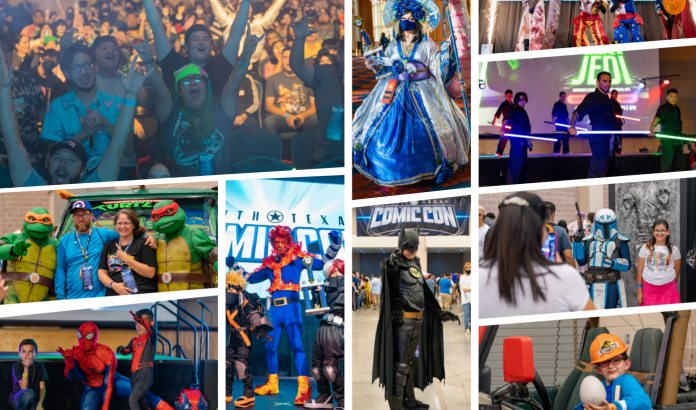 At the age of three, Ramsey Ramirez was reading comic books. Born and raised in Sullivan City in the 1980s, Ramirez did not have access to the array of comic book stores we have today. Still, he’d find used, beat up issues at his local supermarket that fueled his love for comic books — specifically Marvel’s Spider-Man. Today, it comes as no surprise that he is the owner and director of South Texas Comic Con (STXCC), an annual pop culture convention in McAllen.

Ramirez first hosted South Texas Comic Con in 2014 and has continued to share his love of comics, superheroes, video games, authors and celebrities with Valley residents ever since.

Prior to bringing a comic con to the RGV, Ramirez regularly traveled to conventions in Chicago, Dallas and Houston with his friends. When planning another trip to a convention, Ramirez said offhandedly to his friends, “Wouldn’t it be nice if we didn’t have to drive?” And so began the inception of STXCC.

Initially, he thought the convention would attract a couple of thousand people, however, STXCC has hit groundbreaking numbers in recent years. A total of 19,000 tickets were sold in 2019, and after taking a hiatus in 2020 and 2021 due to the pandemic, the convention came back stronger than ever in April 2022 with 21,000 tickets sold.

“I was going to be able to dress up as Lex Luthor and hang out with my comic friends,” he explained. “And that wasn’t the case; that ended up being a lot of work. And so there’s a lot of logistical work involved. 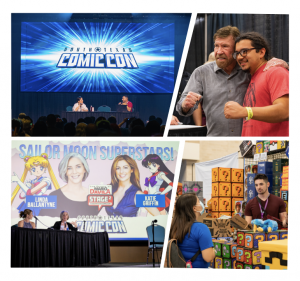 “There was, especially in the beginning, a lot of having to convince agents and celebrities that this area wasn’t full of crime. This area didn’t have the best reputation, despite it being a safer place than most. But as more celebrities came, they spread the word. We built up that rapport with celebrities, with the agents, and were able to get past that. But it’s a lot of logistical challenges.”

From coordinating 30-plus guests, itineraries, advertising, and “a million other things,” fans of the convention may think several people are behind the scenes planning each detail. On the contrary, Ramirez and his significant other Marla Villarreal organize about 90% of the convention, which is generally planned one year in advance.

The remaining 10% of aid comes to play on the day of the event from paid staff and volunteers.

“Booking guests and celebrities has definitely gotten easier as we’ve established ourselves,” Ramirez said. “It used to be about trying to figure out which celebrities have multiple agents, some are theatrical agents, some are appearance agents. So, it’s kind of been trying to figure out who the agents are, and then contacting them and then trying to convince them that we’re a viable show.”

“I try to create a convention to gather like-minded people,” he said. “This one is big with gamers and anime fans, and also with competitive eSports and tabletop game competitors.” 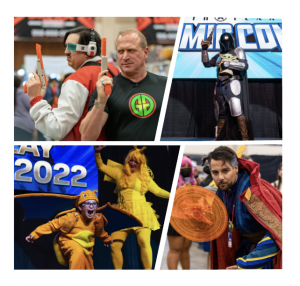 Anime fans can look forward to October 1 and 2 as STXCC will host its third Anime Fiesta. Having first welcomed the convention in 2019, the event doubled its attendance in 2021 to reach a record number of 10,000 attendees.

As STXCC prepares for another eventful year welcoming thousands of dedicated fans, Ramirez said the one thing he enjoys the most about the conventions is watching the highlights after the event is finished.

“It’s great to see both kids and parents having a blast meeting their favorite celebrities,” Ramirez said. “There are people that enter the cosplay contest who work for months on their handmade costumes. And they’re so intricate and amazing.

“When all of that comes together it signals to us that we have had a successful event.”

To purchase tickets, visit southtexascomiccon.com or head to the secret base located at 801 Pecan Blvd, McAllen, TX 78501.