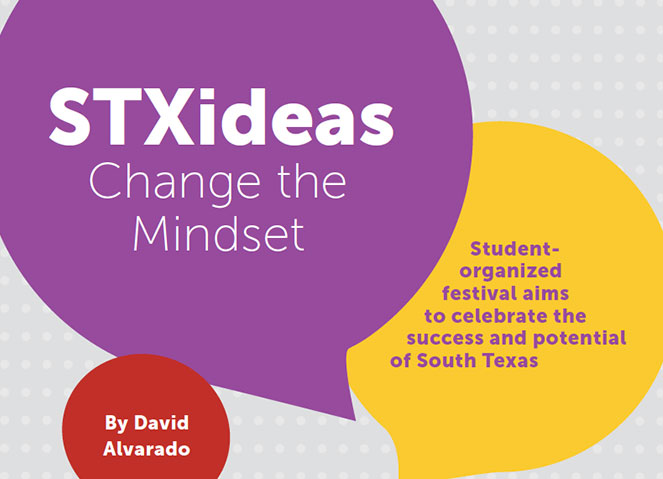 It started with a seemingly random flier in the mail announcing applications for the Bezos Scholar program, which IDEA Quest teacher Marcos Silva held up to his classroom full of high school juniors and seniors. Michael Mireles, future co-founder of STXideas Festival, was the only one of Silva’s students to show any interest.

The application was a process completed together as a student and teacher. It was a role that Silva, a third-year teacher with other experiences in the educational field (such as co-founding Border Kids Code), naturally took on. Mireles went on to represent IDEA Quest at the Aspen Institute in Colorado last summer before attending the Aspen Ideas Festival, an opportunity awarded to only 12 juniors in high schools across the country.

“When it was announced that I was a semi-finalist, I told Mr. Silva that we should be on-board with this,” said Mireles, now a senior looking to graduate this spring. “It was something that I knew both of us would be excited about.”

The Bezos Scholars Program, founded by the Bezos Family Foundation in 2005, is year-long leadership development program that begins with a scholarship to attend the week-long Aspen Ideas Festival, where students and educators listen to guest speakers to learn about how others are studying or tackling different issues and what ideas inspire them. Vice President Joe Biden, Secretary of State John Kerry, and former Republican presidential nominee Mitt Romney were among the notable speakers who appeared at this year’s Aspen Ideas Festival. 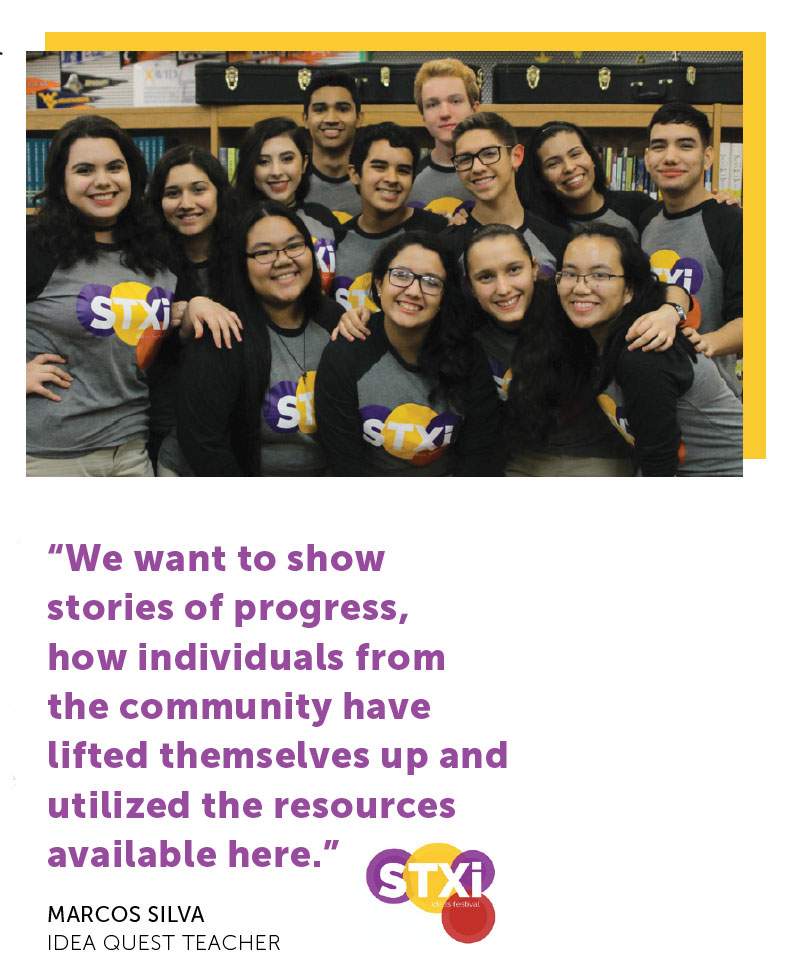 Silva and Mireles want STXi to push the notion that there are inspiring individuals who are already impacting the community.

“We need to put them in front of young adults so they see the good in the community and not necessarily what comes up in the news,” said Mireles,  who hopes to study neurology at Brown University. “We wanted our festival to be about changing the mindset of young people and their perception of what this area actually offers to the people in the community.”

“When searching for speakers, we were looking for people who can embody a common trait, such as the struggle to grow up here,” Silva said. “We want to show stories of progress, how individuals from the community have lifted themselves up and utilized the resources available here.” The event has confirmed a diverse set of speakers including Dalinda Gonzalez-Alcantar, the CEO of Boys and Girls Club of McAllen, Abel Gonzalez, American Ninja Warrior, and U.S. Rep. Vicente Gonzalez (D-TX15).

As their teacher, Silva hopes to motivate these 20 individuals to be passionate about the Valley, learn the history of it, and in turn feel excited to share their passion with the attendees of STXi. Silva is currently the only adult managing the team, which is composed of about 20 IDEA Quest students ranging from freshmen to seniors.

When Mireles returned from the Aspen Ideas Festival, he knew he had to take charge of what was going to happen next: Formulate a prismatic team of passionate and engaged students who can tackle the burdens of organizing a festival.

“It came down to learning how to become a leader and organizing people to achieve a common goal,” Mireles said. “Oftentimes I come across the challenge of students not knowing what to do or leaving something undone, but if we’re going to create the festival we envision, we have to communicate amongst ourselves.”

The STXideas Festival represents a great opportunity for the community to be involved and for youth to drive the focus of where we should be.

“Our classroom shouldn’t have walls and our community should be invited into them – and vice versa,” Silva said. “Our community should feel that they can make a difference in the education we provide and you can do that by helping a teacher or efforts that are student-led and student-focused.”

To learn more about the event, visit