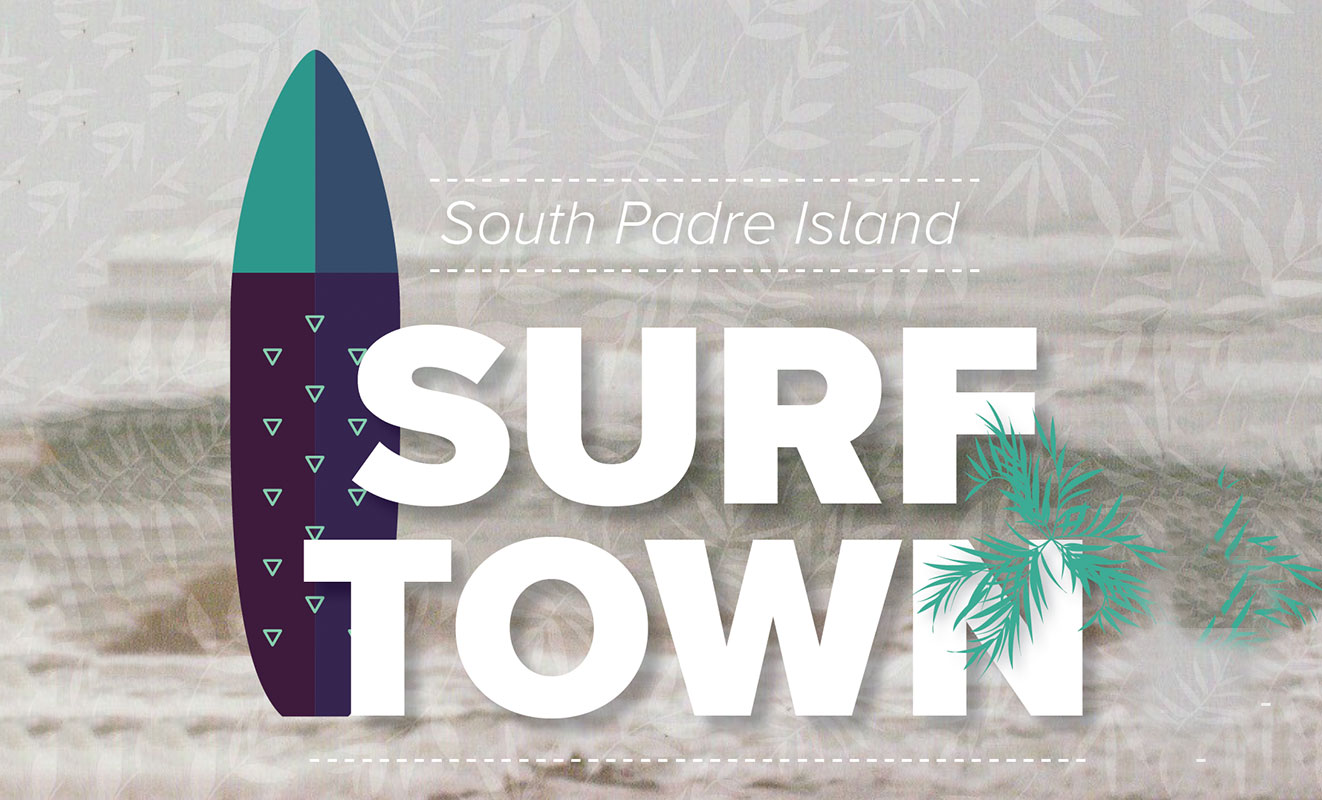 If the primary definition of surf is the mass or line of foam formed by waves breaking on a seashore or reef, then South Padre Island is the quintessential surf town.

A quarter-mile-wide outer bank sand bar, South Padre Island is surrounded by water. The calm Laguna Madre separates it from the Texas mainland on the west side, and the Gulf of Mexico’s frothy waves front it on the east.

What’s more, the Gulf’s underwater continental shelf is closer to South Padre Island than any other part of the Texas coast and that creates bigger, more consistent waves in clearer, bluer water.

So, yes. SPI, with its bay, beach and blue waves, is a surf town. But ask anybody out there familiar with surf towns, and you need more than that to be a hang-ten hangout. Good news is, SPI has a culture and an environment — a surfing ecosystem, if you will — that make it a real surf town.

Sure, it doesn’t have Santa Cruz, California’s eclectic beach scene, nor does it have the seismic surf of Hawaii’s North Shore, but South Padre Island is, by most accounts, the best place to surf in Texas and may be the best town for surfers.

But tucked away in between the touristy joints and miles of condos are half a dozen or so real surf shops. Surf shops that carry real surf boards, wetsuits, and equipment surfers respect. The shops are frequented by surfers from the RGV, San Antonio, Houston, and other parts of Texas and the country.

And the stores are more than retail outlets. They help form and sustain South Padre Island’s surfing community. Most have websites and Facebook pages where they share photos, video, and communicate with each other. Island Native, Eh Bruh SUP, and On The Beach are some of those locations where surfers and tourists congregate. On The Beach even posts a local, daily surf report that anyone can hear by calling the store.

Organizations like the Surfrider Foundation, Sea Turtle Inc., South Padre Surf Co. surf school, and others along with events like Sandcastle Days, and places like Louie’s Backyard, WannaWanna, and Clayton’s Beach Bar all lend themselves to creating a beach and surf vibe. Any given day, you might see a cadre of boards staked in the dunes outside WannaWanna.

Furthermore, on the bay side there’s kite boarding and paddle boarding — while not surfing — that are in the surf realm and add to the overall ambience of water-sport culture at South Padre Island.

Back on the Gulf side, there are several surfing hot spots at South Padre. While some surfers dedicated to places like Corpus Christi and Galveston claim they have the best surf in Texas, it’s widely accepted — from Texas Monthly to the authoritative SurfinginTexas.com — that SPI is the best location for wave riding.

SPI, even with Texas’ best surf, doesn’t have big waves compared to California or even Florida. Still, most days you’ll find wet-suited people looking for action at Isla Blanca Park near the jetty. The corner enclosure creates waves like nowhere else in the region. Surfers also gather at other popular break spots further up the beach from there.

The best waves at SPI typically occur in the fall and winter months (or when there are storms), when most of us are not there. But the surfers know when swells are the best.

“I’ve been surfing SPI for five years,” said San Benito’s Isaiah Cruz. “The surf may not be like Cali or Hawaii but I’m glad to have the surf we have at SPI. When you’ve been doing it for years, you know what time of year (is best), winter and spring swells, hurricane swells and you always keep up with the SPI surf report.”

It has the best waves in Texas, real surf shops and a surf report. Check.

It has surf-related sports, good beaches, people who say “bruh,” surfing events and most of all, real surfers. Check.

SPI is an international resort with tall buildings, fine restaurants, and spring breakers galore. But it’s also a surf town. The very definition of one.