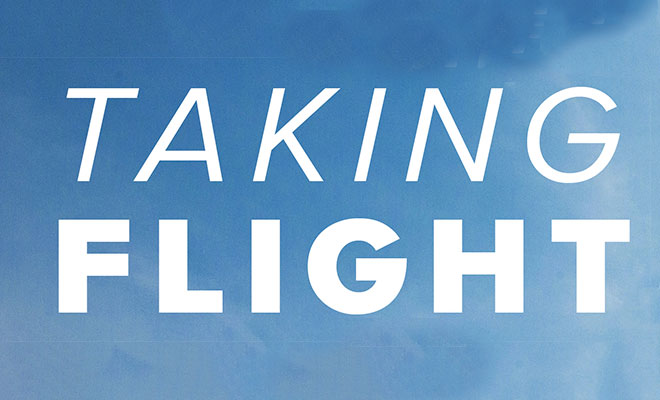 If somebody famous is flying in to McAllen, chances are they’re landing at McCreery Aviation Company.

“When people fly their private airplanes, this is where they would park their airplane when they come to town,” said Bob McCreery, owner, general manager, and president of McCreery Aviation. “Clinton was in here a couple times. Of course we get all kinds of government officials coming and going all the time. Celebrities. We had Frankie Valli from the Four Seasons.”

Part of the company’s facilities functions as a who’s who of well-known visitors to the Rio Grande Valley.

“We have a picture board down here in the lobby and we try to take pictures with some of them, if they’ll let us,” McCreery said. “We put it up on the boards and kind of see who’s been coming through in the last 15, 20 years.”

McCreery Aviation Company has been a fixture in the region’s aviation community since its founding in 1946 by McCreery’s father, who was stationed at Harlingen Air Force Base during World War II. First located in Mercedes, McCreery Aviation was relocated to McAllen two years later. As the aviation industry grew, so did the company.

For McCreery himself, the company influenced the course of his life.

“I was kind of raised in it, worked at the airport in summertimes,” he said.

One of his favorite memories from growing up around airplanes includes busy weekends during white-winged dove hunting season.

“White-wing season used to be really, really big down here in the Valley back in the ’60s and ’70s,” McCreery said. “We would have airplanes fly down from all around the state — the airport was just full of airplanes. It was crazy how much activity there was during those particular years. We would be down here for four days from dawn to dusk out at the airport taking care of things and handling all of the airplanes that came through.”

In 1979, he returned to work full time at the company, where he now oversees around six departments and 45 employees.

“Now we’re in our 72nd year,” McCreery said. “We have enjoyed a long run, have seen lots of ups and downs in the economy, in the aviation industry all those years — and still fighting it today.”

The RGV is uniquely positioned as an international community for aviation, McCreery said, explaining that his company serves both U.S. and Mexican customers.

“Because we’re tied to two economies,” he said. “When things are good, people move more often. When things slow down, they don’t move around as often — it kind of ebbs and flows with the economy.”

“We’re not just a one-stop shop,” McCreery said. “We do quite a few different things to support and service private aircraft. Every day is a different day at the airport.”

For individuals who dream of flying, flight school through McCreery Aviation is an accessible option. The company offers a $100 discovery flight that gives participants a primer on what flight school would be like — as well as a quick jaunt in the air.

“They go fly for about 20 minutes — a short flight — to let them experience what it’s like to get up in a small airplane,” McCreery said. “Most people, it just really hooks them good.”

After they’ve caught the bug, potential students can enroll in a flight school and complete requirements in their own time.

“The flight school works on a self-paced program,” McCreery said. “You do your ground school studies at your own pace. If they want to fly every day, they can. If they want to fly once a week, they could do that, too. The course is very flexible in the fact that we work around the student’s schedule. The student can pretty much dictate how quickly they want to go through the course and get their license.”

McCreery got his pilot’s license when he was a teenager.

“Think I got my driver’s license and my pilot’s license back to back, back in those days,” he said.

Whether someone is looking to learn how to fly or for a place to land their private plane, McCreery Aviation — a fixed base operator — offers everything someone in the aviation community might need.

“We’re a minority in the fact that we do provide all these services to the general aviation public under one ownership and one location,” McCreery said, adding that every airport has an FBO like his company on the premises. “I think that’s something that makes us stand out a little bit from others in the industry.”

To learn more about the McCreery Aviation Company, go to www.mccreeryaviation.com/.