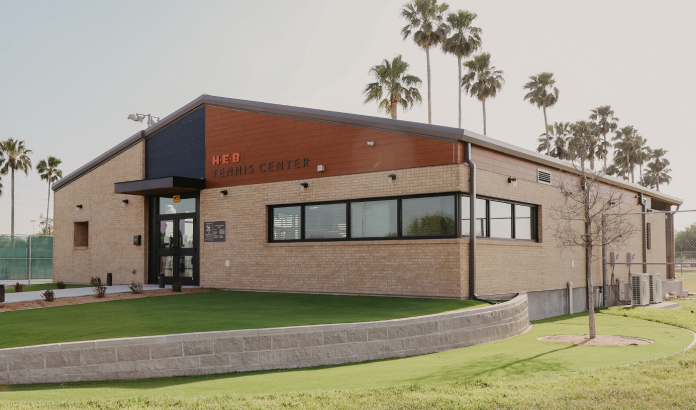 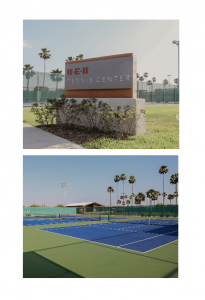 On Friday, Dec.10, the City of Harlingen held a ribbon-cutting to celebrate the completion of the new and improved H-E-B Tennis Center located at Pendleton Park on Morgan Boulevard. The 14-court center now has a new pro shop, air-conditioned space equipped with restrooms and a lobby, and a covered patio that will be the center for future tennis games and tournaments.

As the future of the new tennis center looks bright, its beginning dates back to October 1973, when H-E-B introduced the center to the community. Known and beloved across Texas as a reputable grocery store, not many know of Howard E. Butt Sr.’s contribution to the sport of tennis within the state.

Bianca Reeves, director of operations at the H-E-B Tennis Center, explained Butt’s passion for tennis began as a young boy when his father, Charles C.C., moved the family from Tennessee to Kerrville in 1905 for health reasons.

“Howard had a passion for healthy living, mental wellness, and physical fitness,” Reeves said. “One of his passions was tennis — and also swimming. He had a passion for just staying fit. And tennis was one way that he was better able to do that. Out of that passion grew a heart for building tennis facilities.” 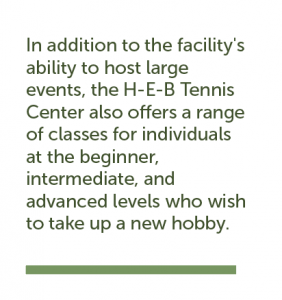 Heavily influenced by his father’s health journey, in 1933, Howard and his wife, Mary, founded the H.E. Butt Foundation with a mission to provide medical, educational, and recreational resources to the communities where they had stores.

Now, nearly 50 years after Harlingen welcomed the tennis center to the community, the revamped courts are a testament to the role Butt played in Texas tennis.

Don VanRamshorst, director of tennis at the center, said the decision to revamp the center came from the fact that there was not a proper facility to host players and tournaments.

“There was a pro shop located on the grounds for about 12 years. That pro shop was then demolished,” VanRamshorst said. “In the meantime, there was a small, 50-square-foot trailer with one bathroom. And the only other bathrooms were located across the parking lot. So it was a huge inconvenience for the players out here. It was also really challenging for us to have any type of tournaments or large gatherings without facilities.” 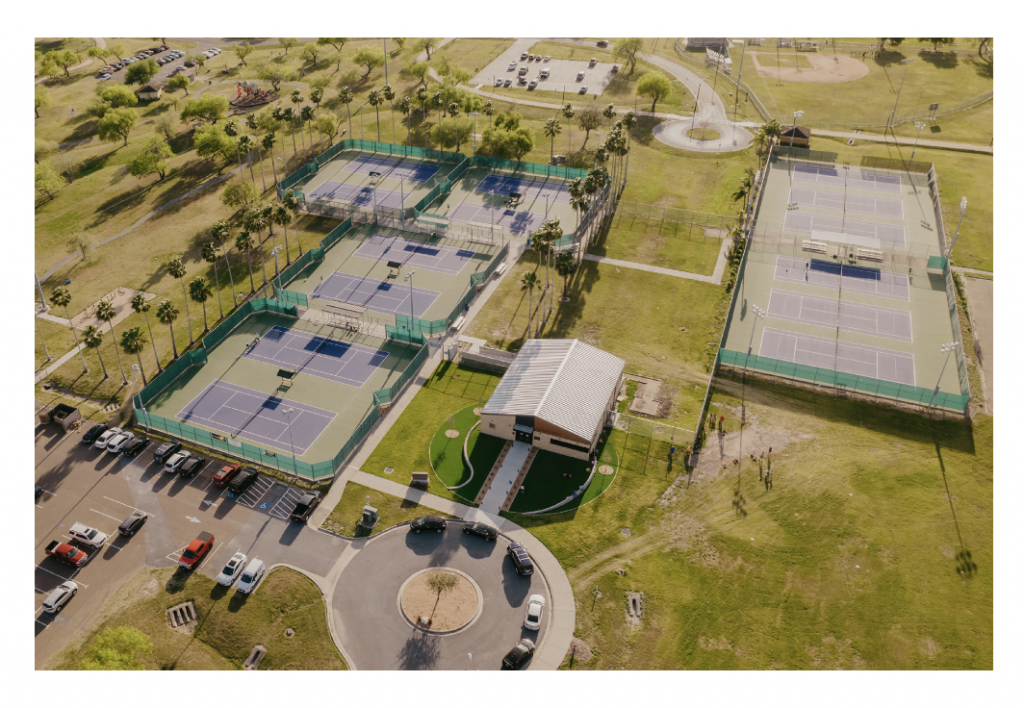 “We are hoping to get (tournaments) to be a lot bigger and have people come from, not just the Rio Grande Valley, but also players from North Texas to come down and enjoy our facility and play in those tournaments,” Reeves said. “Also, we are in talks with colleges like UTRGV, and we are hoping to get college conference tennis tournaments to be played here.”

In addition to the facility’s ability to host large events, the H-E-B Tennis Center also offers a range of classes for individuals at the beginner, intermediate, and advanced levels who wish to take up a new hobby.

“We see that players that have played pickleball in the past are able to catch onto tennis really quickly, and vice versa,” Reeves said. “(Pickleball is) really gaining popularity. I think racquet sports, in general — with COVID these last couple of years — tennis was one of the sports that you were still able to enjoy because it’s a no-contact sport.” 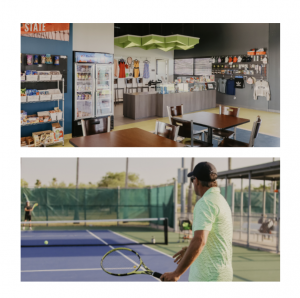 VanRamshorst admitted that one of the most rewarding aspects of his job is seeing players improve their technique with the sport.

“A lot of the kids, you know, the ones that really stick with it, they get to go to college, and they get to pay it off, they get their education paid for,” he said. “So I get a lot of enjoyment of seeing that with the kids.”

Throughout the 1960s and ’70s, H-E-B tennis facilities were built in other Rio Grande Valley cities such as Donna, Edinburg, and Pharr. Today, the only Texas cities with H-E-B tennis centers are Harlingen, Kerrville, and Corpus Christi.

Despite many old centers being torn down, Butt’s contribution to tennis was recognized in 1982 when he was inducted into the Texas Tennis Museum and Hall of Fame.

The H-E-B Tennis Center in Harlingen is open to the public seven days a week from 8 a.m. to 10 p.m. For more information on the new tennis center, call (956) 536-7607 or visit hebtenniscenterharlingen.com.