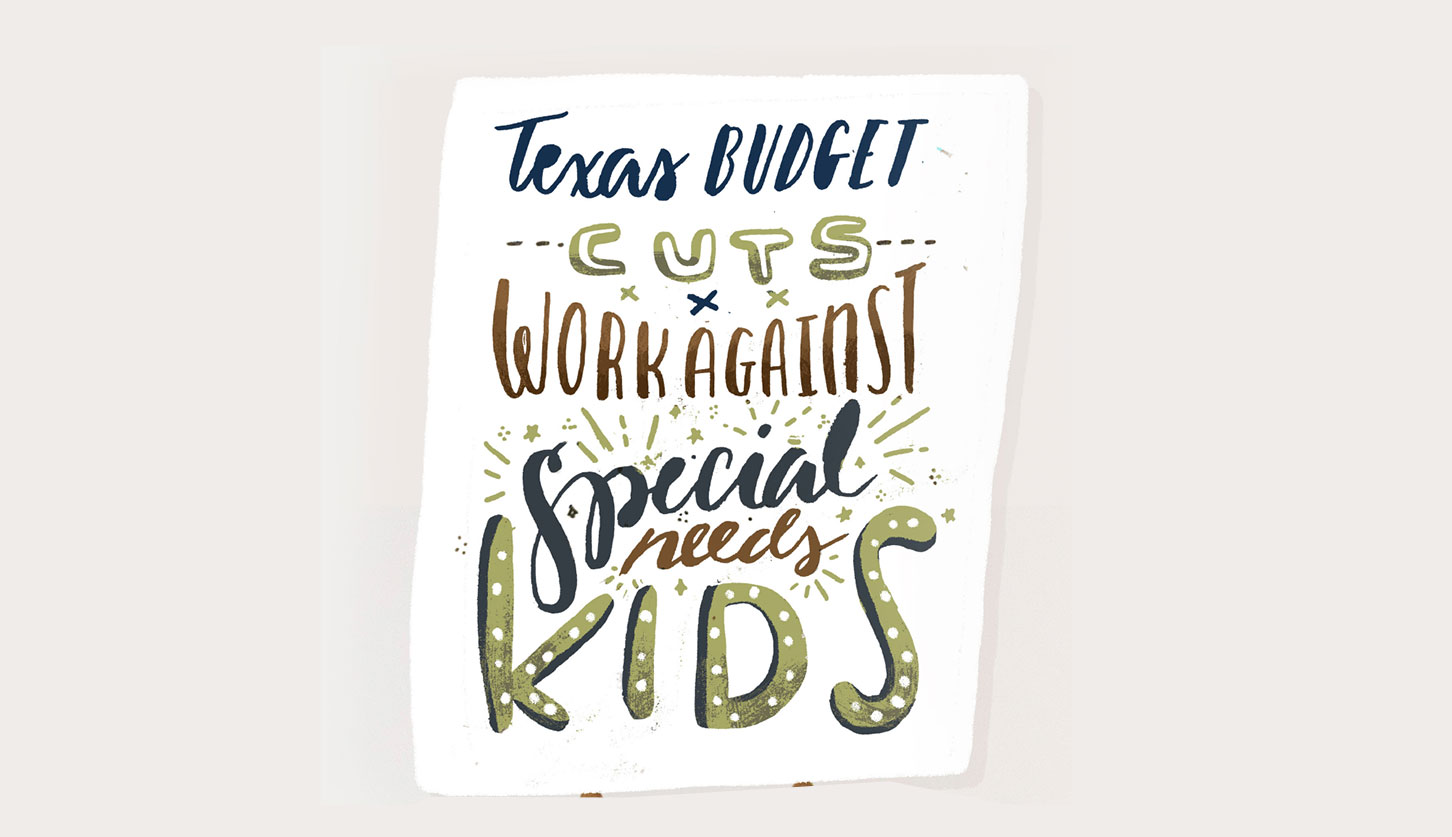 The population of kids and families with disabilities is large. In McAllen alone, around 1,000  kids with special needs have been identified. Some may have learning disabilities (i.e. ADHD, dyslexia) or other non-Medicaid issues, but other families depend on Medicaid for access to therapy and medication.

Among the mandates of the Texas Legislature’s latest approved budget was a $100 million cut to the federal-state Medicaid insurance program, slashing payments to speech, physical and occupational therapists who provide services that make a difference in the lives of children with special needs.

“These kids don’t usually get out much,” Melanie Watson, physical therapist and co-founder of the non-profit Capable Kids Foundation. “They have to deal with accessibility issues, people staring, feeling like they’re causing trouble for people, putting people out.”

During this same timeframe, Texas refused to participate in Medicaid expansion, which was part of the Affordable Care Act. Participating would have meant approximately $100 billion over the next decade, funding that would have helped the state’s poor, elderly, and disabled.

The cuts to Medicaid were based on data from a questionable academic study; a summary found that Texas paid higher rates to therapy providers than other states. This resulted in the Legislature shifting Medicaid and its health and human services programs to “coordination through a capitated managed care program for remaining fee-for-service populations” which would “incentivize the most appropriate and effective use of services.”

Previously, Medicaid was managed by the state, Watson says.  Managed care, better known as the Star Kids program, has created some serious issues. A family at the clinic where Watson works was told their child was on too many seizure medications. Their insurance company would only approve medication for one month, then they would need a note from the doctor to get more. That meant a risk of delayed approval and a potential health crisis.

“Parents have had two-hour phone conversations to try to explain why their kids need what they need,” Watson said. “Someone who doesn’t know (these kids) is making decisions on what they need.”

Another 501c3, Protect TX Fragile Kids, represents around 1,600 kids throughout Texas. They work to educate and inform families while helping them advocate with the legislature.

“It was an awful ‘perfect storm’ converging together when the cuts went through,” said Hannah Mehta, the Foundation’s Director. Managed care has created disruptions in the kids’ daily routines, which disrupts the care they need to build on to make progress. “When there’s a break in that care, that progress tends to move backwards,” Mehta said.  “The kids are regressing, and the longer they go without care, the more they regress.”

What the politicians aren’t considering, Mehta says, is that it’s not an appropriate model for this population and their medical needs. “Instead of addressing flaws in the system, it’s created more bureaucracy,” said Mehta. “Now it’s difficult to keep kids at their baseline.”

She’s seen kids who couldn’t get their medication and/or equipment approved in time, and  delays or denials of life-sustaining equipment such as oxygen tanks and ventilators have created life-threatening situations.

One child had to be admitted to the hospital for an infusion that would normally have been done at home but approval had been delayed.

“(That child) would have been died in 12 hours if he hadn’t been admitted,” she said.

“What’s forgotten,” said Mehta, “is that it’s already a cost savings to the state — keeping kids at home and out of institutions. As a taxpayer, it’s in state’s and family’s best interest that these programs are sustainable.”

In late March, the Texas House introduced a bill that sought to restore half of the funds cut from Medicaid in 2015. But since no such bill was passed in the Texas Senate, no action could occur. The issue — and the kids — would have to wait another two years for the next legislative session.

In early April 2017, the House passed a new budget that included an amendment taking $43 million from the Texas Enterprise Fund, redirected half of the funds to providing acute therapy services for children with disabilities (the other half went towards Child Protective Services and foster care funding). The $21.5 million is only a drop in the bucket compared to the $350 million that was cut in 2015, but it is a step in the right direction. Looking to the future, Mehta says, “Let’s work together to find the most effective way to address budgetary constraints while still serving these children.”