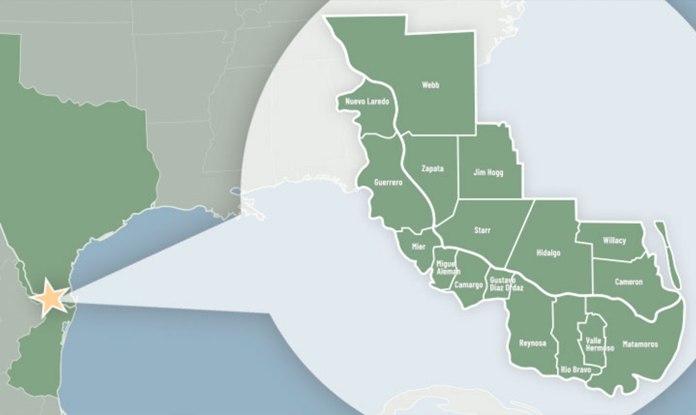 Rio South Texas, a bi-national region on the U.S.-Mexico Border, encompasses seven Texas counties and ten municipalities in the State of Tamaulipas. On the U.S. side the region spans from the Gulf of Mexico ports in Brownsville-Cameron County in the east to the logistics centers of the Laredo-Webb County area in the west. The Mexican portion of the region extends from the beaches of Matamoros in the east to the manufacturing plants of Nuevo Laredo in the west. This unique location allows for deep international relations in culture and trade.

One of the unique trade benefits of Rio South Texas’ geographic location is its dual-nation operational flexibility. Because the region encompasses portions of the U.S. and Mexico, it allows businesses and investors to operate in two countries while treating the business and manufacturing processes as one. It is cost-effective because it allows companies to run operations leveraging each country’s strength under one integrated management structure, maximizing efficiencies in both direct and indirect inputs.

Businesses operating in Rio South Texas benefit not only from bi-national operational flexibility, but also from sitting at the doorstep of the Texas economy, the 9th largest economy in the world with a GDP of $1.9 trillion. Looking beyond Texas, the region is located at the heart of the North American trade routes, allowing companies direct, speedy, and multi-modal access to 25% of the world’s consumer market. This multi-modal connectivity also benefits from the region’s temperate climate, allowing efficient shipping continuously year-round with very few disturbances. Interstate highways, Class I railways, international airports, access to the gulf intercostal waterway, and deep water sea ports link the region to North America, the western hemisphere, and the globe. And with SpaceX operations at Starbase, TX ramping up, the Rio South Texas region may soon feature trade connection beyond terrestrial confines.

The Rio South Texas region’s trade connections find their roots in decades of deep international relations, and these connections were further strengthened back on July 1, 2020, when the United States-Mexico-Canada Agreement (USMCA) was signed. The agreement bolstered trade relationships between the countries and allowed freer markets, fairer trade, and a more robust operational basis than before.