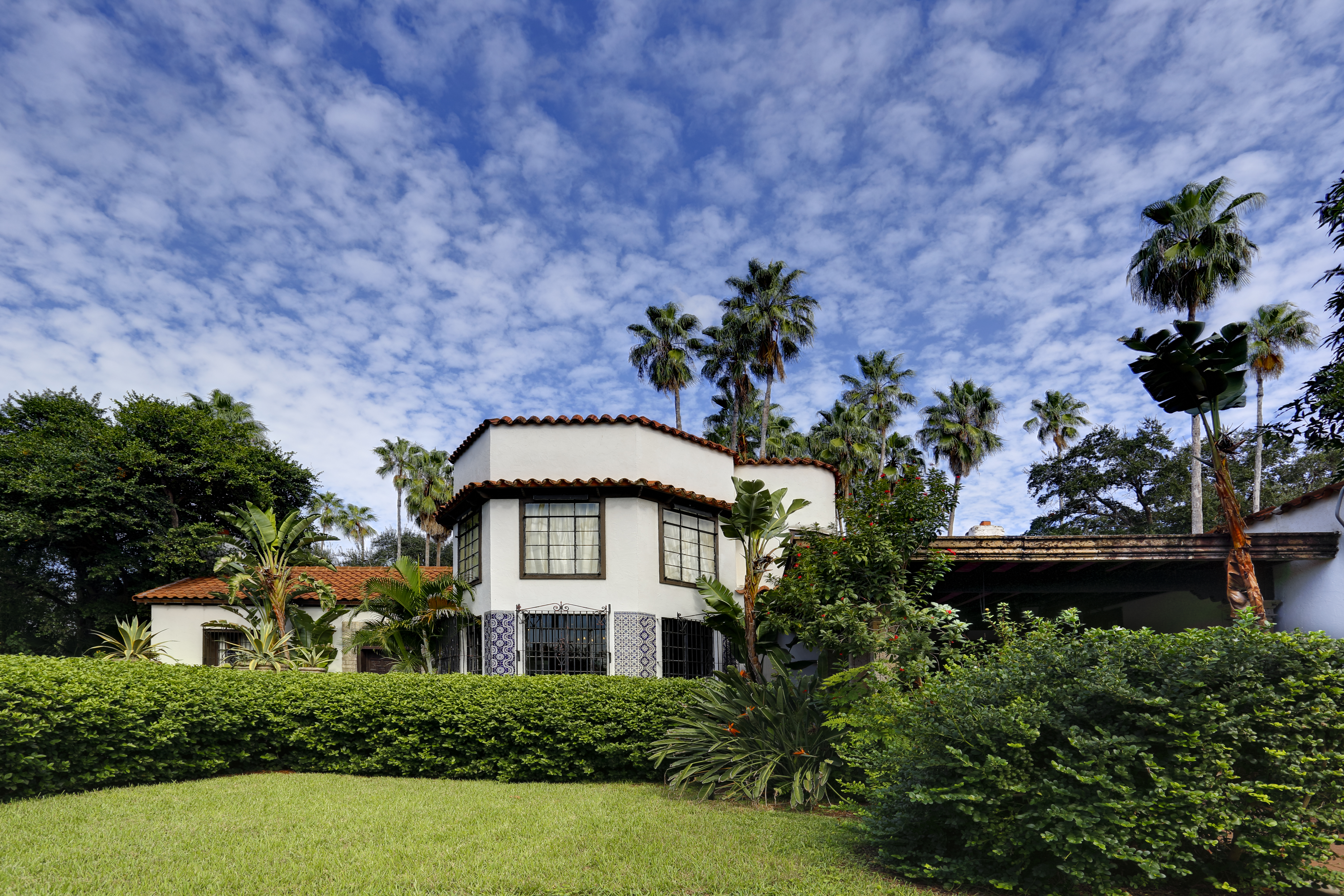 One might not expect McAllen to be known for its woodlands, but it’s actually home to one of a few forests left in South Texas.  However, the Quinta Mazatlan’s forest isn’t your typical mix of evergreens and pines. In fact, the Tamaulipan thorn scrub forest located in McAllen consists of six different plant zones! According to education supervisor Carol Goolsby, “It’s unlike any other kind of forest you see in the country. This is a real unique mix of plants and animals. It is considered by ecologists to be the biologically richest region of the entire United States.”  The native plants of south Texas are an integral part of the rich culture and long history of the Rio Grande Valley, but according to Goolsby, the nature in our backyard is always at risk of deforestation.  “Ecologists are as concerned about the survival of this biome as the Amazon Rainforest,” she said, which puts the importance of our habitat in perspective. Trying to keep the wishes of the Quinta’s original owner’s in mind, the Backyard Habitat Steward Program is offered to help residents of the valley get involved with the Rio Grande Valley’s ecosystem.

The Quinta Mazatlan serves the role of an urban sanctuary, sharing knowledge about birds, plants, and environmental stewardship in South Texas.  Once a private residence owned by families who revered the land, the Quinta Mazatlan (and the patch of forest they left around the property) was bought in the late nineties by the city of McAllen.  Quinta Mazatlan is the McAllen Wing of the World Birding Center working to promote ecotourism in the Rio Grande Valley.  Due to the valley’s explosive growth, favorable conditions for agriculture, and other factors that make our region attractive to developers,   Goolsby believes that the valley’s nature  is at risk of being lost for good.

One of the reasons the land of the Rio Grande Valley is so sought after, particularly for agriculture, is because almost anything will grow in the soil.  Goolsby says this area is so unique because the lower Rio Grande Valley sits in just the perfect environment to grow plants from regions as diverse as the Chihuahuan Desert, coastal Texas, temperate forests and grasslands of the north, and even the tropics. Another desirable aspect of this area is the Rio Grande River. “The river is one of only a few rivers in the world that allows natural irrigation.  When valves are opened, water naturally flows from the river downstream,” Goolsby says.

The growth of the valley is generally touted as a boon to the region, an economic blessing. However, there is a downside to growth. According to Mother Nature Network, it would require an additional 1.5 Earths to regenerate all the natural resources currently consumed by humanity every year. Globally, deforestation is running rampant and the world preservation foundation says that seven countries out of 196 are responsible for sixty percent of the deforestation. (Unfortunately, one of those countries is the United States of America.) Only three percent of the natural habitat is left; the other ninety seven percent has been lost to modernization.

With few government regulations slowing deforestation and a general lack of information keeping individuals in the dark, it may not be clear that local regrowth can help the global situation. According to Goolsby, getting involved now is crucial and it starts in your hometown.

The  Backyard Habitat Steward Program offered by Quinta Mazatlan offers six classes in which patrons are provided essential information and facts about native plants through workshops and guest speakers from February 2nd to March 8th, Tuesdays from 9 am to 12 noon.  Participation ultimately leads to planting native floras in one’s own backyard. These native plants are vital to our environment, and part of why Goolsby considers the valley the richest region of the country.  She explained that native vegetation offers the right kind of nourishment for insects in this area. The insects eat the plants and the lizards eat the insects and so on. This is why non-native plants won’t help our ecosystem; they simply do not provide the right kind of nutrients, minerals, and taste to interest the bugs and continue the food chain process. “It really all comes down to our plants,” she says.

Goolsby thinks plants can bring much more to our lives than the role most people give them. In addition to preventing possible ecosystem collapse, Goolsby explains that a lack of interaction with nature has been linked to rising levels of anxiety, depression, bullying, and ADHD, as evidenced in the book “The Last Child in the Woods” by Richard Louv. Louv writes that because of parents’ fears, it may be difficult for children to play outside like earlier generations. A lack of contact with the natural environment impedes the wealth of knowledge and imagination a child can gain by exploring the great outdoors. The Backyard Habitat Steward Program could be the introduction local families need to their local plants, which benefit not only individuals, but our region as a whole.

Interested individuals may sign up for the Backyard Habitat Steward Program on the Quinta Mazatlan website (www.quintamazatlan.com)or in person at 600 Sunset Drive, McAllen, Texas 78503.  The cost of the program is $60 for McAllen residents. There are also Volunteer Days on Wednesdays and Saturdays from 8:30 a.m. to 12:00 p.m. where Quinta volunteers do everything from pulling invasive species to planting native plants. They also host birding tours, workshops, and programs for every age group. Enjoy a walk in the woods at Quinta Mazatlan!