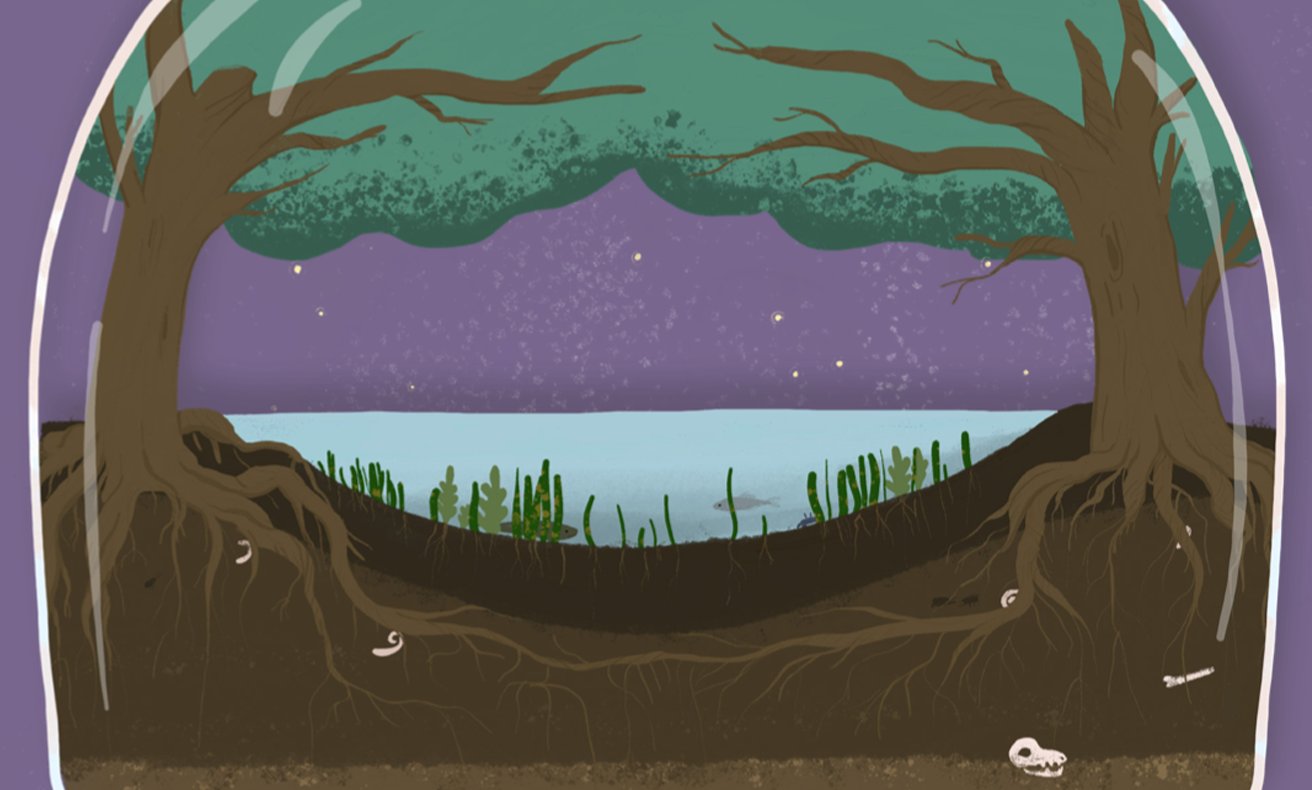 From a hand-operated cable ferry to the nation’s busiest port of entry for Mexican produce, the 12 international crossing points along the Rio Grande from Brownsville to Roma fuel the economic engine that is at the heart of the South Texas economy.

“We are moving billions of dollars of goods back and forth across the river,” said Keith Patridge, president and CEO of the McAllen Economic Development Corporation. “It really is the lifeblood of the whole border region. We have the ability to move products and people across the river in a quick, efficient, and timely manner.”

The smallest and most antiquated crossing, Los Ebanos Ferry spans some 70 yards of the Rio Grande to connect with the small town of Gustavo Díaz Ordaz in Mexico. Since 1950, workers, families, and tourists have ridden the three-car ferry that many see more as a novelty and a throwback to simpler times.

The complexities of modern global trade, however, demand ever-greater efficiency and capacity at international crossings to sustain the explosive growth enjoyed in the Rio Grande Valley over the last quarter-century.

“Our ports of entry were ignited to spur economic development when NAFTA was signed into law in the 1990s,” said Sergio Contreras, president and CEO of the RGV Partnership in Weslaco. “When that happened, our unemployment rate was close to 23 percent. Now some of our cities have between 4 and 8 percent unemployment.”

More than 15.4 million trucks, buses, automobiles and pedestrians crossed the Rio Grande via the Valley’s ports of entry in 2018, according to numbers compiled by the RGV Partnership. The five crossing points in Hidalgo County led the pack with 58 percent of the traffic, Cameron County’s four bridges tallied 37 percent, and the two in Starr County accounted for 5 percent.

At the only full-service commercial bridge in the Valley, more than 60 percent of all produce imported from Mexico into the United States crosses the Pharr International Bridge. First in the nation for produce imports, Pharr also ranks fourth in trade with Mexico, and is the seventh largest port of entry in terms of the value of imported and exported commodities.

With trade valued at more than $34 billion, Pharr is also representative of the types of commercial products that flow back and forth across the river at all the crossings. The number one export traversing the Pharr bridge is petroleum gases and other gaseous hydrocarbons, followed by gasoline and auto parts, according to Pharr Bridge Director Luis Bazan in an article published on the Inbound Logistics magazine website. The top imports consist of TVs and computer monitors, fruits and vegetables, and auto parts. Auto parts and electronics going both north and south are indicative of the robust border trade attributed to the maquiladora program, where companies have complementary operations both north and south of the river.

At the other end of the Valley, the Port of Brownsville depends on international bridges to move cargo — primarily fuel and steel offloaded at the port and headed for Mexico. The four Cameron County bridges also move products and components related to maquila operations.

“You have an array of things,” Cameron County Bridge Director Josue Garcia Jr. said. “It’s mostly finished products like automobile parts. And you have electronics, everything from capacitors to radio parts and things like that.”

As commodities cross the border in South Texas headed for far-flung destinations, the spin-off economic impact is substantial. Local jobs are created, for example, by maquiladoras on both sides of the border, and the expansion of cold storage facilities and dry goods warehouses in the United States.

The retail sector also benefits from that growth, making the Valley even more attractive to Mexican shoppers, long a staple of border trade. While it is difficult to nail down specific values of the retail sales associated with border-crossing shoppers due to the high volume of cash sales, no one questions its significance. “The retail is extremely important because of the numbers of shoppers that come from Mexico,” Patridge said. “If we did not have the ability to move our customers across in a timely manner, that would hurt the retail sector.” 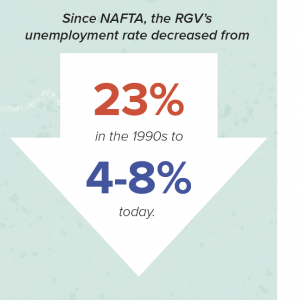 While NAFTA sparked a boom in business, the trade agreement’s probable successor, the United States-Mexico-Canada trade pact, holds the potential to add even greater economic value and increased traffic at the international bridges. USMC still must be ratified by the three countries, but progress is being made.

“What I am hearing has been encouraging news,” Contreras said. “There is a committee reviewing the enforcement components of the agreement and bringing to light the investment in our region. We are encouraged that we will see ratification of an agreement.”

To keep up with the demand, Valley international bridges have expanded and modernized with additional commercial vehicle lanes, either already constructed or planned. Sophisticated technology such as state-of-the-art X-ray machines to screen truck cargo, facial recognition systems, and high-tech toll collection systems are other contributors to the efficient transit of people and commodities, as are highway improvements in Mexico and the United States, such as I-69.

At the Pharr bridge alone, the city of Pharr will have invested more than $30 million in infrastructure by 2020, according to Bazan. Cameron County has invested more than $17 million for additional commercial lanes that will include X-ray machines and a revamped command center for U.S. Customs and Border Protection.

“We have a couple of X-ray machines that are the latest technology,” Garcia said about the Veterans International Bridge at Los Tomates in Brownsville. “You will have the driver stay in the truck as it goes through and that is going to greatly reduce the time needed to screen loaded trailers.”

However, more infrastructure investment will still be needed to keep goods moving. The largest of these projects could include building more bridges.

On the immigration front, the Trump administration’s talk of closing the border earlier this year to stem the influx of Central American asylum-seekers spurred worry up and down the Rio Grande. And as CBP agents were reassigned from the bridges to assist the Border Patrol, less manpower was available to check commercial cargo, autos, and pedestrians, resulting in longer crossing wait times.

“Migration coming into the area is definitely having an impact on our recruitment efforts and the timely movement of goods,” Patridge said. “It creates a lot more inefficiency.”

While shifts in global marketplaces and changes in political leadership will inevitably influence future international trade, the ability to move people and commodities across borders will always be in demand. “Our ports of entry are critical to our region because of the opportunities for economic development through tourism and international trade,” Contreras said.