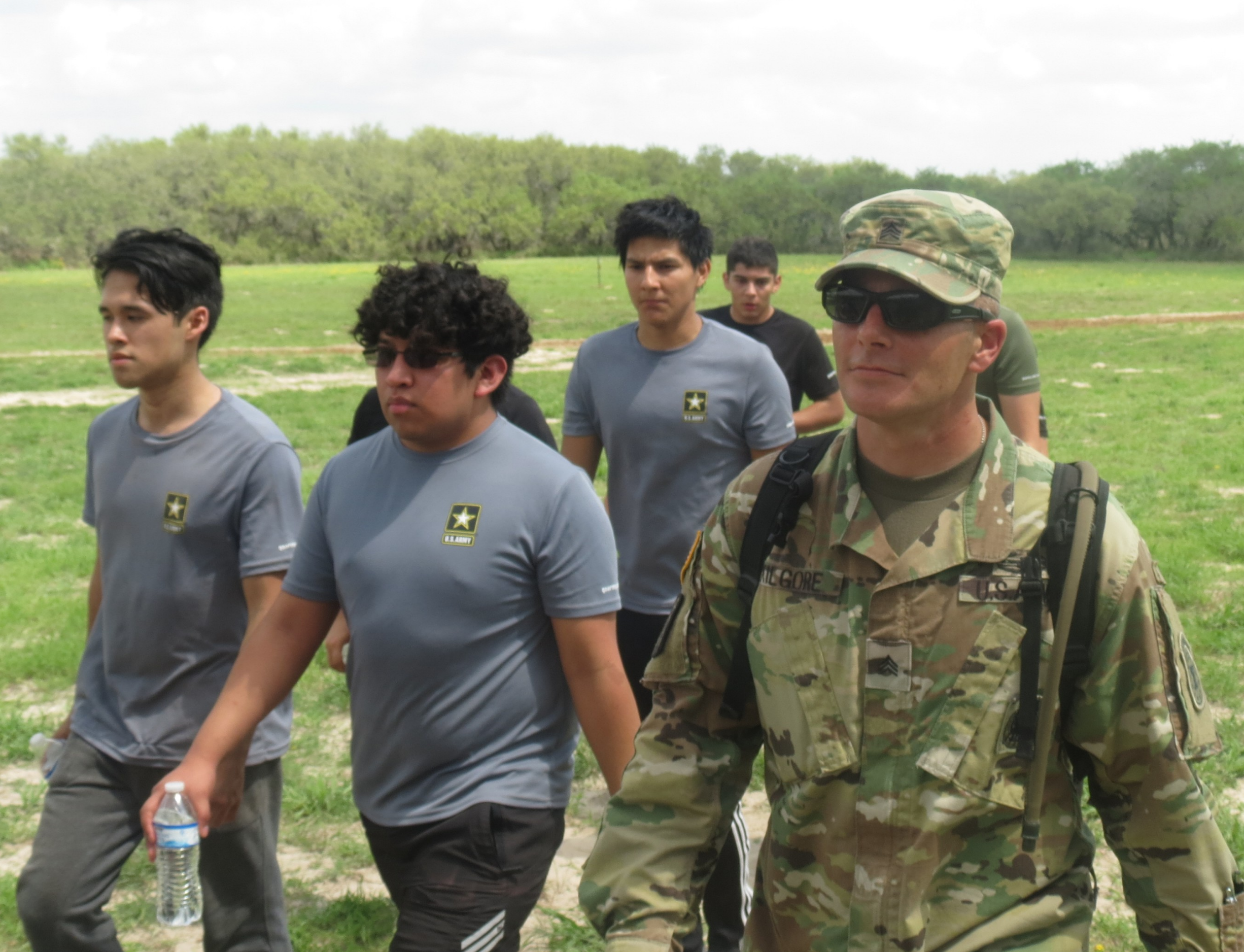 There are very few topics talked about today that have remained more relevant, both in ancient and modern times, than the topic of leadership. In the U.S. Army, the elements of effective leadership are infused in much of their training, doctrine, tactics, and expectations. All of these elements, in addition to valuable job training and experience one receives during their time in uniform, makes finding a career after serving in the Army or Army Reserve substantially easier.

Whether you’re a high school graduate ready to take the next step or someone searching for a better opportunity for themselves or their family, the U.S. Army supports your decision.

“I started thinking about the Army when I was a kid but I made my decision as a sophomore in high school,” said 18-year-old Christian Guerra. Guerra is a native of Laredo and has since enlisted as a combat medic specialist, with the hopes of attending nursing school while serving in the Army Reserve.

After high school, Guerra will start three months of basic training before he begins a six-month training program as a combat medic at Fort Sam Houston in San Antonio. “I can go home and start my education right then and there, or I can get a job if I wanted to,” Guerra said. “I’ve been waiting for three years to do this — I’m just waiting to graduate so I can finally do what I’ve been wanting to do for a long time now.”

The myriad of careers and educational programs available in the Army and the Reserve will offer guidance and motivation to help you succeed in whatever path you choose, explains Army Educational Services Specialist Barry Kowald.

“As a soldier working in an Army job, you will have many opportunities to earn professional and trade certifications,” said Kowald, who specializes in promoting Army educational resources and career tools (March2Success; https://www.march2success.com and ASVAB-CEP; www.asvabprogram.com) to school administrators and educators. “These certifications will give you specialized skills which help you excel in a civilian career and can even count as college credit hours.”

As a future soldier looking to serve in the Army or Army Reserve, you have hundreds of careers to choose from. To make the best decision, the Army offers the Armed Services Vocational Aptitude Battery (ASVAB), which is a test that is designed to highlight strengths and interests, then map out your options in the Army. The ASVAB Career Exploration Program version (ASVAB-CEP) is a free career tool from the Army and accessible at the website link www.asvabprogram.com. It offers a more robust career exploration components for students from high schools, colleges and even professionals.

Unlike traditional standardized testing, the ASVAB identifies areas where candidates display increased aptitude as opposed to their general knowledge and is used in determining Army career opportunities, and enlistment incentives such as cash bonuses, student loan repayment, and special assignments.

Career planning is a lifelong process, and the decisions you make now are not the only ones you will make. The dedicated recruiters at the U.S. Army Recruiting Centers in South Texas are experts in guiding future soldiers who are looking to reach the first milestones of their goals.

“Each soldier has a different motivation for wanting to join the Army,” said Sergeant First Class Armando G. Flores, who joined the army to become a transportation specialist and now has four deployments to Iraq and Afghanistan on his sleeve.

Flores explained that, initially, he was motivated to join the Army because of the money for college, but he developed a passion for serving his country. Seventeen years later, Flores is now an Army recruiter whose job it is to guide future soldiers on their path to success, whatever their motivations are.

“Many young people think they must make a choice between going to college or joining the Army,” Flores said. “But there’s opportunity to do both in the Army Reserve.”

As a recruiter, Flores thinks it’s important for young people and their parents to know the educational benefits of service, including valuable career training; tuition assistance while on active duty or in the Reserve; and financial assistance to pay back qualifying student loans.

Beyond the benefits, the Army provides a chance to serve the nation and to develop the crucial leadership and motivational skills needed to complete and excel in college and future careers.

“The leadership traits that you develop while in the Army have proven themselves, particularly for those who have accepted the responsibility to lead soldiers and to serve in something greater than themselves,” explains Captain Adeniran Dairo, the U.S. Army’s Recruiting Commander for the South Texas area.

Dairo enlisted in the Army as an x-ray technician or radiology specialist before earning his commission through the Army’s Officer Candidate School, a program that provides enlisted Soldiers who hold at least a four-year college degree the opportunity to complete a rigorous, 12-week school to earn a formal commission as U.S. Army Officer and assume the ability to command soldiers.

“Every soldier in the Army is a leader and these traits stem from our commitment to a common core of Army values: loyalty, duty, respect, selfless service, honor, integrity and personal courage.”

Find a supplement to this article on our website, www.rgvisionmagazine.com. “What Drives These Six Future Soldiers,” published in April, gives an inside look at some of the motivations behind tomorrow’s leaders.