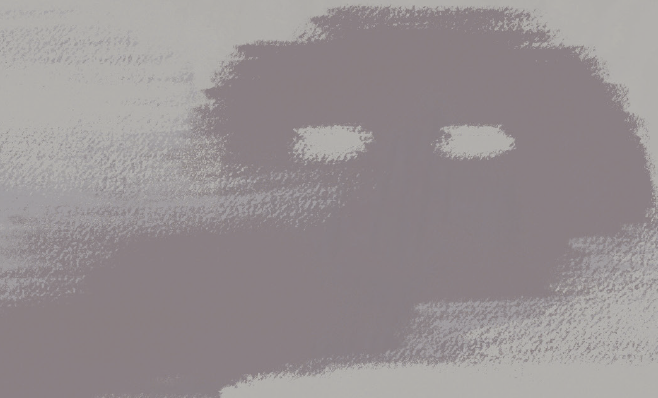 It all happened so quickly. I wasn’t prepared for it to go by so fast. I had heard stories about it, but I never believed those stories. Perhaps I should start at the beginning of this whole mess.

I grew up in this sleepy little town where the generation before me thought it was appropriate to fill their children’s heads with folklore tales that left us dreading the place we lived. I tried not to believe these stories, but I can’t say the same for my brother Tommy. I was 18 when I left at the first chance I got. I felt bad because I abandoned my 11-year-old brother. Needless to say, he looked up to me, as was usually the case between siblings and I remember him following me all over town. I would tell him that he was annoying, but secretly I enjoyed having him follow me around.

One day, I was arriving home from work when my phone began to ring. I looked down and saw it was my mom calling and I winced at the thought of answering. She always had the same thing to say. “When are you coming home? Why did you leave? Your brother keeps asking for you…”

I had a rough day at work and wasn’t in the mood to find ways to dodge the questions. I placed my finger on the screen and was about to swipe left to ignore the call, but against my better judgment, I answered the call and was accosted by a hysterical voice, “You have to come home, it’s starting!” I recognized the frantic ranting of my mom right away.

“Calm down mom, what are you talking about?” I asked.

“Tommy, he’s been marked. You need to come home now,” was the last thing she said before she hung up. I tried calling her back a few times but she never answered. I wondered if it was all a rush to get me to come home, but the panic in her voice seemed real. I slid the key into the lock and stood there for a moment before I removed the key and headed home. I drove through the night and pulled in early in the morning. As I drove into my hometown I noticed that nothing had changed, it was as if I had stepped back in time. Boys were playing football in the park while the girls were off to the side jumping rope and playing hop-scotch. Parents sat nearby, talking to each other and not paying much attention to the children. Everything seemed like it was when I was a child here, but I could feel something eerie in the air. I kept driving and soon found myself pulling into the driveway of my childhood home. I sat in my car as memories of my adolescence flooded my mind. My mother came out of the house in a rush and met me as I stepped out of my car.

“Hurry, we don’t have time,” she blurted out as she grabbed my arm and rushed us into the house and up the stairs. We didn’t stop until we stood in front of the door to Tommy’s room. “He’s in there,” my mom whispered. “He won’t come out. I’ve heard him talking to someone, but he is alone. He’s been marked.”

I put my ear to the door and listened carefully but heard nothing. “Mom, I think you are overreacting. I don’t hear him.” My mom begged me to go in and talk to him. Normally, I would have ignored her and found a way to move on, but I figured going in there would be better than staying out in the hallway. I slowly opened the door and peeked in. The lights were turned off and the windows had been closed. The only light in the room was a small red dot in the ceiling which marked where the smoke detector was. I stepped in the room and closed the door behind me. I flipped the light switch but nothing happened, the darkness still encompassed the room. “Tommy,” I called out. “Tommy it’s me, Ex.” I walked over to the window and slowly opened the blinds to allow some light in. I turned away from the window and saw Tommy sitting in his bed facing the closet. He was perfectly still and his eyes were glued to the top of the closet. I sat next to him and looked up in the same spot he was staring at but saw nothing. “What are we looking at?” I asked him as I nudged him a bit. Tommy’s eyes stayed focused on the closet as he spoke to me. “The man is in there, waiting.” I looked in the closet but saw nothing. I walked over to the closet and turned on the light and again saw nothing in there. I stood there for a moment and watched Tommy. His eyes stayed glued to the top of the closet. He never acknowledged me, it was as if I wasn’t there. I left the closet light on and made my way to the door. As I grabbed the doorknob, I turned back and noticed Tommy had gotten off the bed only to turn the closet light off then return to where he sat before. As he sat back in his bed he began chanting. I stood there and listened to him for a while before I stepped out of the room and left him to sit alone as he recited the same words over and over. I made my way downstairs and into the kitchen where I found my mom pacing. She saw me enter the room and locked her eyes on me as I grabbed a soda from the fridge. “Well,” she asked.

“Well nothing,” I answered. “He’s probably spooked. It might be because of those stories you have been putting in his head. I’m surprised I didn’t end up that way to be honest.” “Those weren’t stories, they were precautionary tales,” she responded. I just looked at my mom and took a sip of my soda. “I see that you upped the ante with Tommy. Why did you go and teach him that dreadful poem?” I asked as I made my way to the door that led to the backyard. My mom stopped what she was doing and stared at me. “What poem?” She asked. I just chuckled a bit. “Come on mom. The poem he was repeating, the one about the man and the haze.” My mom just looked at me as if she didn’t know what I was talking about. “Beware the man who leaves his mark, he lives in the shadows and the dark. He stalks his prey for days, then takes them with the haze. Tommy was repeating it over and over.” My mom stood there motionless as I repeated the words I heard my brother utter. “I didn’t teach him that poem.” She insisted. As I looked at her with a discombobulated smirk, I realized that she was telling me the truth. If she didn’t teach him that poem, then who did?

Just then, I noticed a haze settle in. My mom, becoming hysterical, ran out of the kitchen and up the stairs while I followed close behind. As we made our way up the stairs we heard some stirring coming from Tommy’s room. It sounded as if something was being dragged across the floor. Suddenly, the sound stopped and was followed by a loud scream and glass breaking. My mom frantically tried to open the door, but it was jammed shut. I shoved her out of the way and violently kicked in the door, attempting to rescue my brother.

But what we saw instead stopped us in our tracks. Everything had been thrown out of the closet and the bed had been flipped over, showing a struggle had just happened. I walked over to the window and as I looked out I saw the haze disappear as quickly as it had appeared. Once the skies cleared I looked down the street and saw other parents standing in their children’s rooms staring at the sky. To this day I don’t know what happened to my brother, but that poem Tommy was repeating on the last day I saw him still plays in my head.