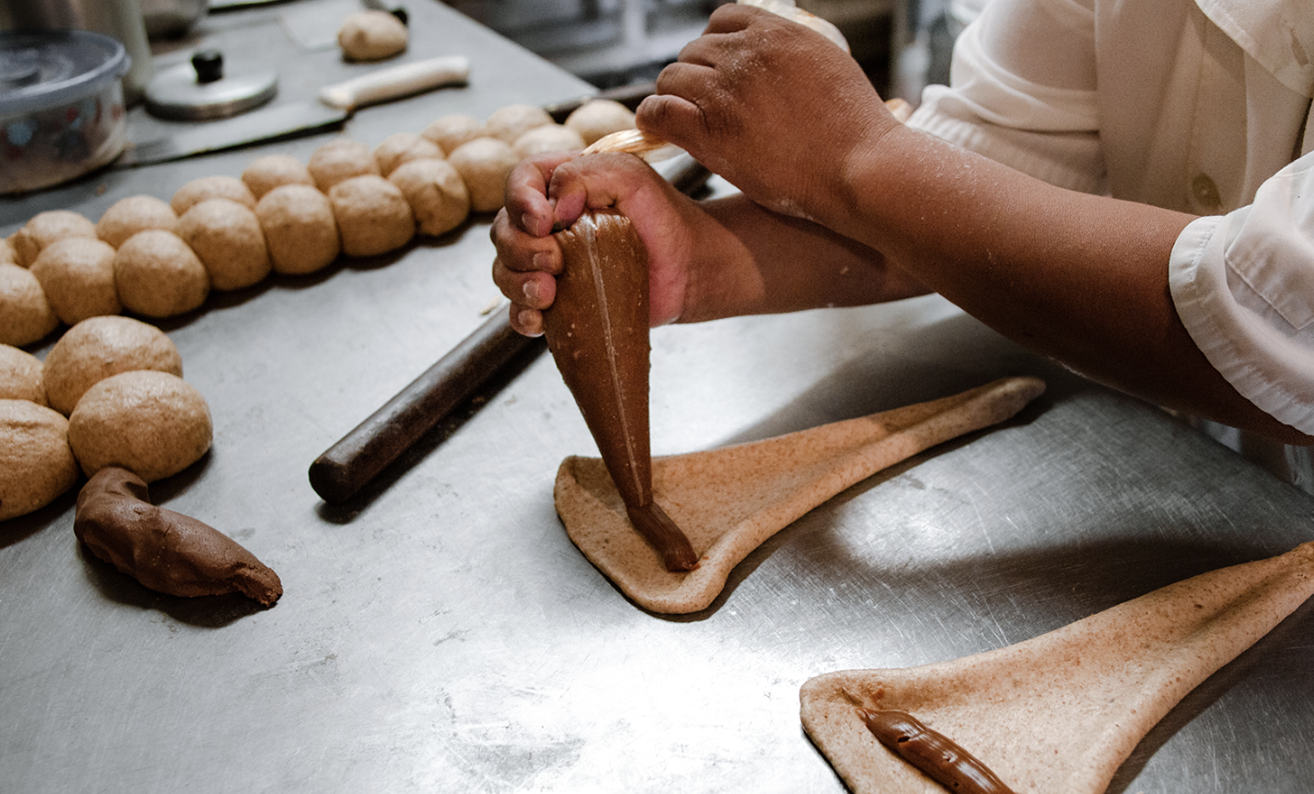 With just a few simple ingredients — flour, water, salt, sugar, yeast — you can create dozens of varieties of bread and enjoy a relaxing pastime.

McAllen resident Genesis Moreno has been experimenting with baking breads for several years, but she started doing it on a regular basis around April this year after COVID-19 hit the Rio Grande Valley and entire grocery aisles were cleared of the staple.

“It got to the point where during the pandemic, we needed bread, but there was a shortage,” he said. “So that is kind of what gave me the idea of just baking my own bread. I have always been fond of the idea of baking; the only thing is I’m not much of a sweet person.” 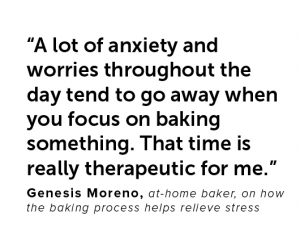 “Milk bread” is his favorite type to bake due to its versatility and “straightforwardness” in preparing. He uses it for all types of sandwiches and bakes extra loaves to share with his friends and family, which he finds to be one of the most enjoyable parts of the process.

The biggest difference between baking and cooking, he said, is the need for exactness and actually measuring ingredients by weight. “The way I was brought up, cooking was always by feel,” he said. “If my grandma was going to make something, no matter how simple or complicated, she’d never measure anything out.

“When I started to bake and get into the nitty gritty, you have to use a scale and measuring cups. Everything has to be more dialed in.”

While baking requires precision in ingredient ratios in order to turn out as desired, it requires just a few tools: a digital scale, mixing bowls, and measuring cups and spoons. But if you would rather not knead by hand, you can invest in a stand mixer, as Moreno has, saying it makes the labor less tedious.

Since he has gotten into baking, Moreno said it was something he has begun to look forward to and schedule time for in his week. And aside from the joy of creating something delicious and sharing it with others, baking helps him to relieve stress.

“A lot of anxiety and worries throughout the day tend to go away when you focus on baking something,” he said. “That time is really therapeutic for me.”

And while he is keeping it simple right now, he has a few goals for his bread baking journey ahead. One is to make a “really amazing” sourdough, as it is a more complicated loaf requiring a sourdough starter, which can take up to two weeks to create. Another goal of his is to get to the point where he can bake breads commonly found at restaurants. “That honestly is what got me baking my own bread — so that I can make an amazing chicken sandwich,” Moreno said. 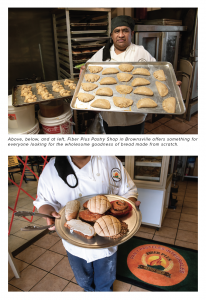 Another option for people who enjoy bread made from scratch but who don’t have the time or patience to do it themselves is to shop from a local bakery. Fiber Plus Pastry Shop in Brownsville specializes in healthy loaves with some even suitable for diabetics and vegans. “All the bread is whole grain,” said bakery owner Esteban Popoco. “We add oats, bran, and flaxseed to the dough to help promote digestion.

“We use amaranth, sunflower seeds, brown sugar, coconut sugar, and almond flour,” he said. “We bake with six different types of dough and about 30 varieties are derived from these bases.”

Popoco and his wife have been running the bakery off Paredes Lane for more than 5 years. He has 20 years of experience in bakeries and said the most popular bread variety among customers is the cream cheese, turkey, and ham-filled croissant.

The selection offered also includes pastries. While the ingredients used in breads and sweets are the same, Popoco said the differing results are from the measurements, temperatures, and baking times.

Though it took him 12 years, along with the discipline of remaining calm and focused, to become a master baker, Popoco said anyone can begin successfully baking at home. He recommends starting with a sponge bread, which is the base used for traditional sandwich breads, empanadas, and bolillos.

Moreno said checking out videos online and other resources has also helped him improve his baking and learn new techniques.

Have you ever tried to make your own bread? #JoinTheConversation at facebook.com/rgvisionmagazine.