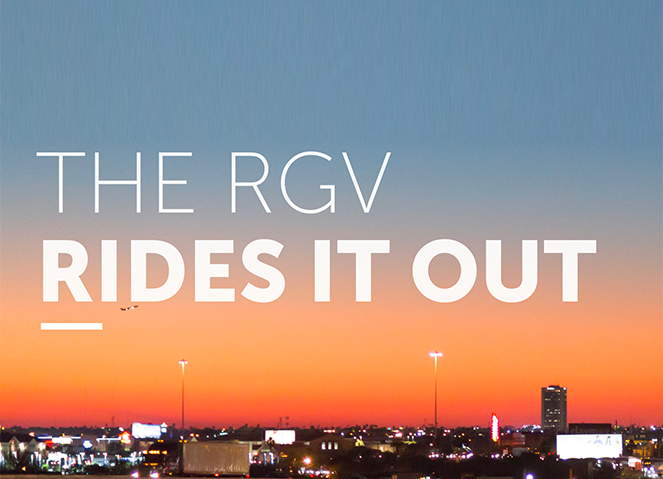 A frequent complaint of drivers in the Rio Grande Valley is that many roads are outdated and unable to handle an ever-growing traffic demand.

And drivers also complain when major highway improvement projects are underway because the work slows down traffic flow even more.

Then, when those projects are finally complete, some drivers still complain the results are too little too late and still behind the growth curve.

It seems a never-ending cycle that frustrates and even angers people who spend a lot of time on the road as commuters or commercial drivers behind the wheel of a big rig.

It’s also true that the cycle is never ending in that the Texas Department of Transportation and other organizations are constantly reviewing and updating plans to try and keep up with the Valley’s growth that shows no signs of slowing down. And that is a daunting task.

TxDot is responsible for maintaining 80,000 miles of Texas roads, and for supporting aviation, rail, public transportation, and water ports. Last fall the Texas Transportation Commission unveiled its 2017 Unified Transportation Program. With $70 billion worth of projects over the next 10 years, the plan is the largest of its kind in the state’s history.

“Texans have sent a loud and clear message that they are tired of sitting in traffic, and this funding plan will significantly address safety, maintenance, connectivity, and congestion on our crowded highways,” Texas Gov. Greg Abbott said when the plan was released. “The plan presented by the commission will allow Texas roads to keep pace with our population growth, provide much-needed congestion relief for working Texans and put the Lone Star State well on its way towards having a first-class highway system for decades to come.”

These 10-year plans are updated every year as officials constantly work to keep from “getting caught behind the eight-ball,” according to Hidalgo County Metropolitan Planning Organization Director Andrew Canon.

The HCMPO is one of three such organizations in the Valley, with another responsible for the Brownsville metropolitan area and a third that plans for the Harlingen-San Benito area. These organizations provide data that is used to develop the UTP.

Through constant vigilance and public engagement through public meetings, social media, and other platforms, the HCMPO continually gathers input and information about transportation needs in the short and long terms and frequently amends the plans.

“We amend it every quarter,” Canon said. “We have several open houses and public outreach meetings, not to mention our website and social media for engagement.”

The planning process involves more than identifying transportation needs and projects.  There must be a way to pay for what are very expensive infrastructure improvements.

“We are required to identify dollars to go with the projects,” he said. “We only put projects in there that we know we have identified funding for the next 25 years.”

At a recent public meeting, Canon described how the public often views the process.

“It’s mostly tedious things people don’t want to hear about,” Canon said, according to a recording of the meeting.

“But the amazing thing is when we get moving forward with it, they’re always a little shocked. But we have a 25-year plan so it’s not like these projects just popped up out of the blue. There is a process for them,” he said.

“It’s good to have media engagement so we can let them know. We don’t want people to be surprised when big projects come their way. In the transportation realm, a lot of us kid that until we see bulldozers nobody is really aware of it, and then it’s like, ‘Hold on, what are you doing?’”

A Regional Mobility Plan compiled by the Rio Grande Valley Partnership using data and economic projections from a variety of sources and most recently updated in 2013, makes note of the “explosive” growth in the Valley that continues to drive the region’s economic significance in Texas.

“Being one of the fastest-growing areas of the U.S. and Texas has both positives and challenges from a transportation perspective,” according to the plan. “Growth means awareness of the issues and (hopefully) an increasing tax revenue for addressing them; however, it also means many urgent issues competing for attention and resources and the danger of ‘falling behind the curve.’”

The state transportation system in South Texas falls under the oversight of TxDot’s Pharr District, which covers eight counties with 14 international crossings and a complex of highways that make up the southernmost portion of the interstate system known as the NAFTA Highway. The district has a population of 1.37 million, and more than 6,500 lane miles of state roads racking up some 19 million vehicle miles every day, according to fiscal year 2016 figures on the TxDot website.

“We are growing and we need to build additional corridors,” said Octavio Saenz, public information officer for the TxDot Pharr District.

Saenz said that in the past 40 years vehicle registrations in the South Texas district have increased 172 percent, while vehicle capacity of the roads has only increased by 19 percent.

While the 2017 UTP is touted as the largest in Texas history, Saenz pointed out that it is not a guarantee that all the projects will come to fruition.

“People have to understand that the information we provide, there is a reason behind everything. We have numbers to validate everything we do,” he said.

“The UTP guides transportation project development and it’s a very important document,” Saenz added. “But it is neither a budget or a guarantee that projects can or will be built.”

Major roadway projects underway this year include the I-2 and Bicentennial interchange in McAllen at a cost of $46 million and the $38 million U.S. 83 Super 2 Highway project in Zapata County.

Plans for the future include a new 22-mile road between north Edinburg to Donna that would bypass the heavily traveled Expressway 83 and Highway 281 interchange at Pharr, with a projected price tag of $55 million.

When it comes to transportation dollars the Valley competes with the rest of Texas and there is a discussion under way over the merits of consolidating the three MPOs into one large district. Proponents of the idea say that the move would give the Valley greater statewide clout and access to funding. 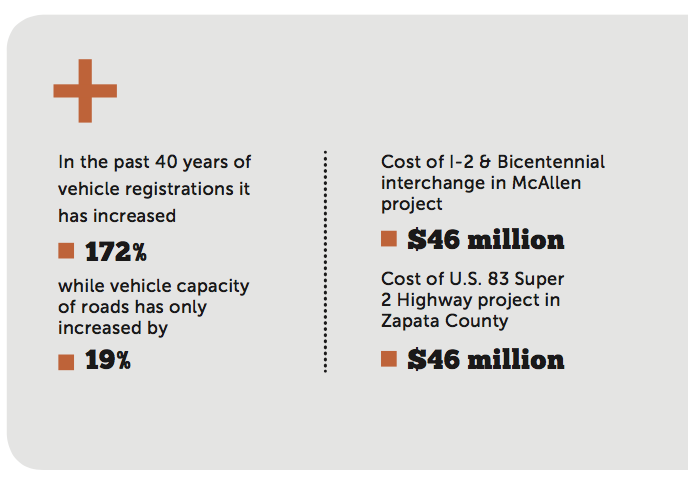 Such a move would make the Valley the state’s fifth-largest MPO behind population giants like Houston, Dallas/Fort Worth, Austin, and San Antonio. While some South Texas officials worry individual communities would lose some influence and lose out on funding to larger entities, proponents say the Valley would become more competitive for transportation funding.

“No one loses a seat at the table under a proposal that is out there,” the HCMPO’s Canon said. “It’s just the opposite, it’s reinforcing local control. Every city has control over its own destiny.”

In Cameron County officials are a bit more skeptical and want more detailed information about the plan before taking a stand.

“Can we have some hard answers to some questions?” Brownsville Mayor Tony Martinez asked in an interview with The Monitor last year. “One: If we get more money. Two: How much? Three: Where is it going to go to? Those are the questions that have never been answered.”

The upside for Canon is the potential to secure more transportation funding for the Valley, but he also agrees the plan needs greater and more detailed study.

“I’m sure like everything there would be growing pains to make sure there was no local voice lost in the process,” he said.

Whatever happens with the MPOs, just like rolling the bulldozers on a new project, takes time and planning. In the meantime, Valley drivers will continue navigating the sometimes frustrating traffic congestion that is symptomatic of economic growth and expansion.