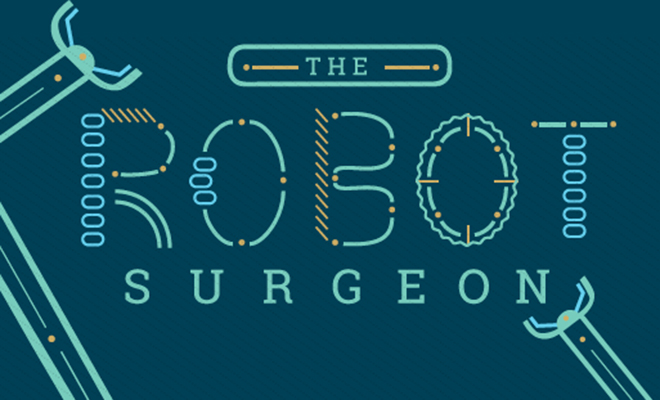 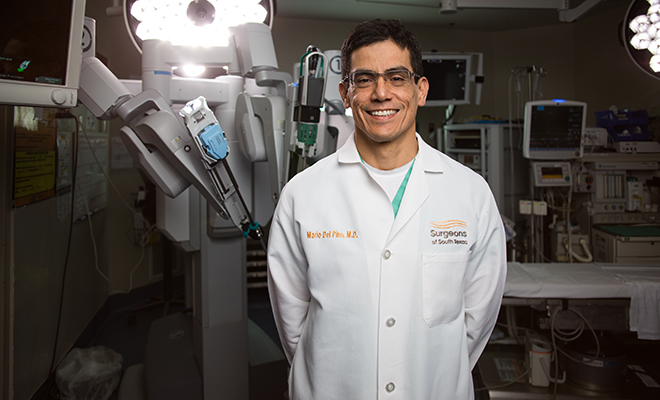 “Robotic surgery is the future, and the future is now” says Dr. Mario del Pino in his sure, practiced, slightly accented voice. It’s a phrase he’s spoken often, as his line of work – performing robotic surgeries using the da VinciⓇ surgical system at Rio Grande Regional Hospital – has seen its fair share of controversy.

“It’s like any new technology – people are unsure about it at first. In the case of robotic surgery, patients feel nervous that they’re not really getting the doctor’s care.” Indeed, the phrase “robotic surgery” can conjure up an eerie, futuristic image of robots performing medicine’s most delicate – and dangerous – procedures. But Dr. del Pino is quick to bring his patients back to reality. “I am in full control of the robot. You are not under its care – you’re under my care. The robot is simply a surgical tool.”

Acquiring this tool marked the start of Rio Grande Regional’s robotics program in association with the Texas Institute for Robotic Surgery. Across the nation, hospitals are developing robotic surgery programs as an alternative to surgery by hand. Why the movement for robots? Several reasons dominate the conversation. First, surgeries performed via robot are often less invasive. This means the surgical incision is smaller, there is less blood loss and scarring, and recovery time is shorter.

Another advantage centers on the surgeons themselves. They operate the robot from a console, where they sit (much easier on the body than standing in the O.R. for hours) in front of a screen showing the surgical field. “The optics make a huge difference – I can see everything much more clearly,” says Dr. del Pino. From the console, robotics surgeons watch carefully as the technology translates their hand motions into precise nips and fixes.

About eight months ago, Rio Grande Regional Hospital decided the pros of a robotic surgery machine far outweighed the cons, and made the decision to get one. This was no small choice – robotic surgery detractors frequently point out the exorbitant cost of the machines. According to the manufacturer’s website, a da VinciⓇ system can cost up to $2.5 million, and that doesn’t even include the yearly service contract that comes with it. 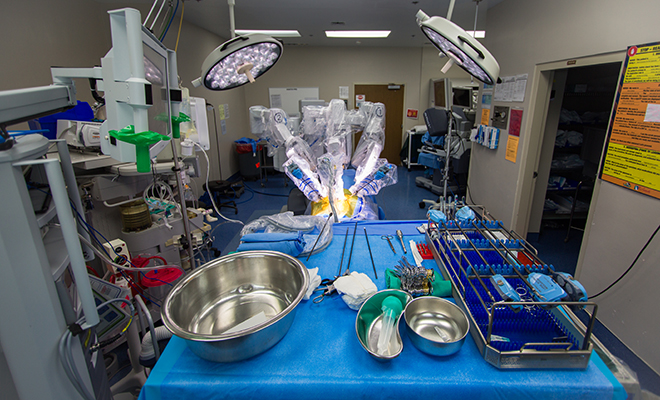 Nonetheless, Rio Grande Regional saw an opportunity. They had Dr. del Pino on staff, an experienced surgeon with the advanced laparoscopic surgery knowledge necessary for robotic surgery training. They also had a market of patients who could seriously benefit from one of the machine’s most successful procedures: bariatric (weight loss) surgery. The stars were aligned, so Dr. del Pino and hospital staff went to receive extensive training at Intuitive Surgical, the company behind the da VinciⓇ machines. When they returned, the robotics program kicked off in earnest.

Today, Rio Grande Regional Hospital’s machine is by far the busiest one in the Valley. In fact, according to Intuitive Surgical’s records, Dr. del Pino is the fifth busiest robotic surgeon in Texas and the 31st busiest in the whole country. In the last six months alone, Dr. del Pino and his team have performed over 100 robotic surgeries. How has this hospital’s robotics program become so popular, despite the public’s questioning view of robotic surgery? Mario del Pino is a big part of it.

First and foremost, the doctor is an excellent surgeon. He completed fellowship training in minimally invasive surgery at the University of Pittsburgh Medical School, one of the most prestigious institutions in the nation. He has years of experience with small-incision surgeries like laparoscopies, and is now expert enough at robotic surgery to be named a proctor, meaning up-and-coming robotic surgeons can train under him. But Dr. del Pino’s surgical skills aren’t the only asset he brings to Rio Grande Regional Hospital. He also goes above and beyond to ensure his patients are well informed about his practice, robotic surgery, their treatment options, and much more.

To do this, Dr. del Pino built a website complete with social media connections, a YouTube channel, and even a body mass index calculator. The website isn’t anything too fancy, but it features the smiling doctor front and center and explains in clear language patients’ options for weight-loss surgery. Other marketing materials, such as flyers and newsletters, round out Dr. del Pino’s patient communications repertoire. “Patient care is the a physician’s primary responsibility,” he explains. “I want to be sure they’re well-informed about their health and health care options.”

The success of Dr. del Pino and his hospital’s robotics program is echoed by health care centers across the nation. Robotic surgery has clearly taken its place at the table of modern medicine. Even holdout skeptics are hard-pressed to ignore its benefits at this point, especially the key fact that robotic surgery has given patients a choice. And when one’s health hangs in the balance, hearing that there are options may be the most healing thing of all.