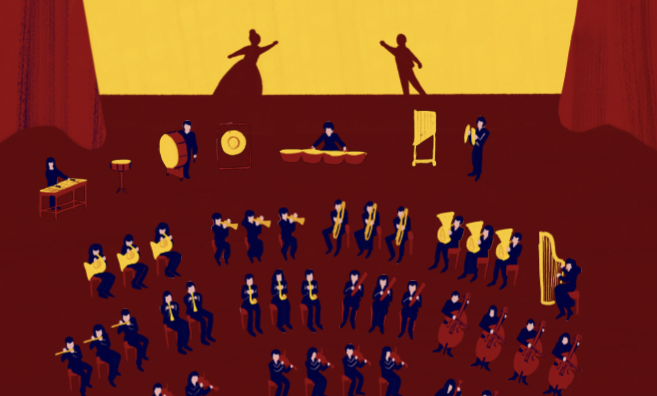 At the beginning of the year, the McAllen Performing Arts Center had 100 exciting shows, concerts, and events lined up for 2020.

By March, however, curtains for these events — and the thousands of people who regularly enjoy them — came down due to the coronavirus pandemic that made gathering in large groups a dangerous health risk.

“Mass entertainment public facilities such as these were the first to close at the start of the pandemic,” said Yajaira Flores-Delgado, director for the McAllen Convention Center (which oversees the McAllen Performing Arts Center). “There is no doubt that they will be the last to reopen.”

When the McAllen Performing Arts Center closed its doors March 15 under local and state orders to prevent public gatherings of more than 10 people, the center planned and budgeted for a 10-week shutdown.

Instead, the center ended up canceling or postponing multiple shows, including touring Broadway productions of “Rent” and “Beautiful: The Carole King Musical,” a stage show based on the children’s show “Peppa Pig,” a ZZ Top concert, and the latest series from the Valley Symphony Orchestra.

“For ‘Beautiful,’ we actually had two back-to-back sold-out shows that we had to cancel and we still haven’t been able to open at the same capacity since,” Flores-Delgado said. “We’re talking to different trade organizations on what our next steps should be. We don’t think we’ll be able to go back to full capacity until fall 2021, and that’s us being proactive. We’re looking right now at putting back these events on the schedule if they permit.”

Currently, the center is going through a phased reopening where each show on the schedule will be decided if it’ll be shown virtually, in person, or in a hybrid setting at 50 percent capacity with attendees wearing masks and practicing social distancing.

The performing arts center announced major upgrades in its sanitizing process, which includes the use of electrostatic disinfecting guns and new HVAC filters to regularly pump in fresh air into the building.

Temperature checks, hand-sanitizing stations, and plexiglass dividers will also be in effect for the public.

Among the events planned by the performing arts center include a livestream of Moscow Ballet’s ‘Great Russian Nutcracker’ and a socially distanced performance of ‘The Nutcracker’ presented by RGV Ballet in December. The latter show will have limited seating and performers wearing masks.

In January, the Broadway musical will aim to make its rescheduled Jan. 21 date followed by a performance of the Spanish play “¿Por qué los hombres aman a las cabronas?” the following week.

Musical groups and performers such as Mutate, Christian Castro, and David Bisbal are planned for the rest of the year.

In-person shows will have a 50 percent capacity limit and each group of attendees will be seated 6 feet away from the nearest group.

“We hope that when we come back to a new normal, we’ll be able to offer what we can to the community,” Flores-Delgado said, adding that the center has a local economic impact of $70 million.

“Since we’ve been closed, we’ve lost $40 million and we’re trying to work diligently to reimagine how we do events in a safe way for the public,” Flores-Delgado said. “These venues play a vital role in our community. They educate and provide captivating performances that create memories for our community. Not being able to provide that has been devastating for us as employees and for the community itself.”

Flores-Delgado said she is happy the performing arts center will be able to continue showing ‘The Nutcracker’ for the community, which has become an annual tradition for families to attend.

“It’s really important for the community and performers that they look forward to this year after year,” Flores-Delgado said. “We made it a point to reimagine how we present these events and not cancel Christmas. We’re changing the presentation and ending the year on a brighter note to continue these events.”

Which production will you be attending next? #JoinTheConversation at facebook.com/rgvisionmagazine.