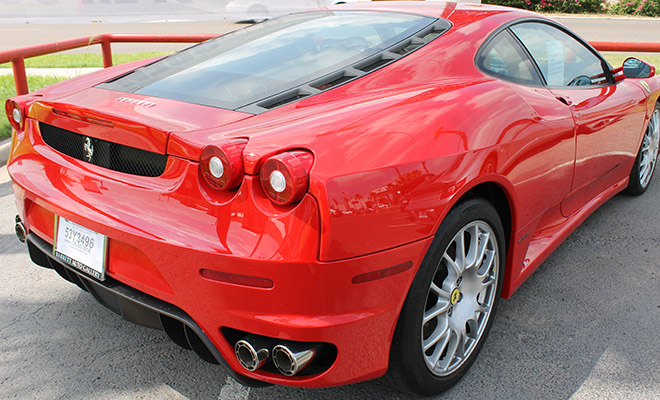 If you are asked to close your eyes and think about a product that is cool and refreshing, chances are you’ll think of Coke; asked about jewelry, you may think, “He went to Jared’s” or “Every Kiss begins with Kay”. When you think about quality vehicles, outstanding service, and top-rate prices, your first thought should be “Barrett Auto Gallery” located in McAllen and Brownsville.

Jorge Barrett, co-owner of Barrett Auto Gallery, is selling model lines such as Audi, BMW, Cadillac, Ferrari, Jaguar, Maserati, Mercedes-Benz, Porsche, and Land Rovers. He laughs about how he landed up with a dealership in the first place. Barrett said that even though it’s ‘in the blood’ (his uncle owns a well known exotic and high-end vehicle dealership in San Antonio) he had no intention of working in the auto industry.

After completing high school in El Paso, Barrett went to St Mary’s University in San Antonio where he earned a Bachelors Degree in International Business and Marketing. Ten months after graduating, in 1998, having a full-time job as an international marketer for a company in San Antonio, his uncle approached him and said that he wanted him to work in the automobile industry.  He offered him a salesman position at one of his Mitsubishi stores.  “I sold my very first car the very first day,” Jorge laughed as he remembered, “and that was it — I was hooked after that.”

He had plans to purchase a dealership in Monterrey, Mexico and asked Jorge to help him. Jorge agreed, as it would give him an opportunity to use all of his newly learned skills. Unfortunately, the deal fell through, and Barrett’s uncle opened a Jaguar, Volvo, and Land Rover dealership in McAllen. He eventually asked Jorge to be part of his new venture. Grudgingly, he agreed and went in as a sales manager.

Jorge fell in love with the Valley and then with someone from the Valley! He settled down, marrying a ‘local’ girl, and today they are raising two sons, aged 7 and 6. His wife is a translator for an oil field company, which allows her to work from home the majority of the time. “That allows her plenty of time to take care of my two angels,” Jorge chuckled.

Several years after the dealership opened, Barrett’s uncle chose to sell it. Jorge was given a choice — step away from the auto industry and venture into something new, or step in and open a high end and exotic pre-owned dealership, along with some partners. To him, it was a no-brainer.

“I had fallen in love with this business. I never thought I would, and yet, given the choice, I couldn’t see myself doing anything different,” Jorge said candidly. He has never looked back. Today, Barrett Auto Gallery is the only dealership in the Valley that offers a high caliber of vehicles.