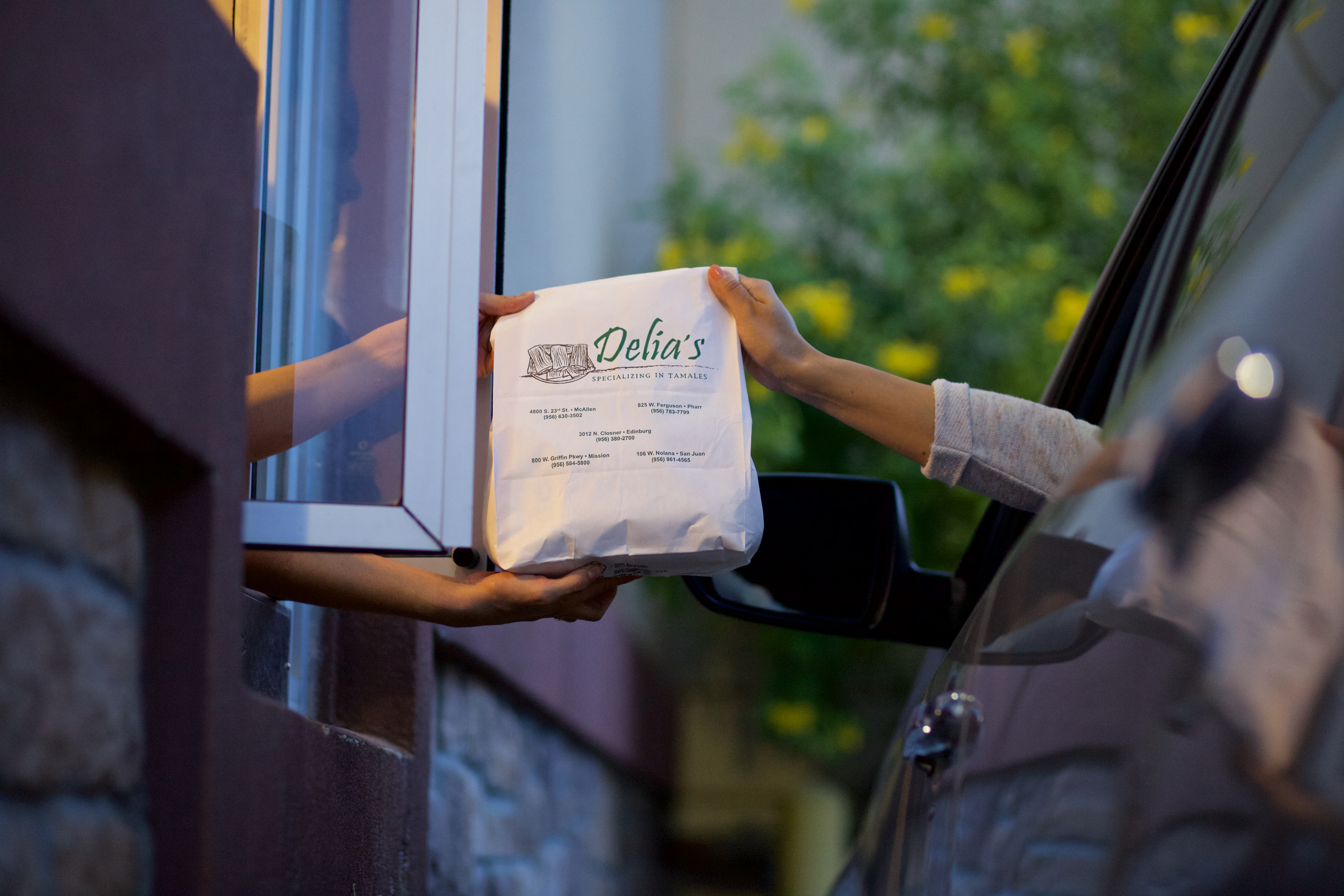 It’s Christmas in the Valley, which means pachangas, posadas, and many other opportunities to celebrate our blended culture the way we know best–with the food of our people. Some families follow the American example and make turkey or ham for the main course, others tap into Mexican roots with giant pots of posole, menudo, or the long-time hero of the holiday table, tamales. Arguably, the tamale is the most traditional part of a hispanic holiday spread. They evoke mental images of the kitchen crowded with grandma’s and tia’s, reunited for the holidays to participate in the morning-long process of cooking meats, kneading masa and spreading these on softened corn husks with precision and speed that kept less-dextrous hands out of the way. Despite the time and labor-consuming nature of tamales, there paradoxically seems to be a heaping plate of them at every holiday function. How are we finding time to make them?

The secret to the plentiful plates of tamales is one that at Valley natives have known for several years: we aren’t making them. There is an update to the tradition, which satiates everyone’s craving for the delicious little bundles with the convenience of a drive-thru. We are able to enjoy them not only in the holidays, but year round too. A white paper bag reveals tamales foil-wrapped by the dozen or half-dozen of 18 varieties, and salsas included, so grandmas and tias can spend quality time with their families instead of cooking.

Who is preparing that white paper bag that allows the tradition to continue without sacrificing family moments?

Delia’s Tamales is the one-woman operation that turned into a thriving chain store over the course of 30 years.

Delia Lubin’s goal was to have one restaurant, and she shared that she struggled a lot to accomplish it. “I thought it was going to be so hard because I didn’t have a formal education,” Lubin said tearfully. She explained that in the rural areas of Mexico where she grew up there was very little schooling available. “I tell my daughters, I went to third grade three times – not because I failed. There was just no other class to go to. That was part of the reason I had to find another, maybe more difficult way to get ahead.”  Little did she know that the holiday experience of making tamales would provide that outlet, growing at her hands into an empire.

“In life, there are downfalls,” she said. “You fall sometimes and might think, ‘I’m too tired, I will just stay down.  Lo importante es no quedarte tirada. Ay que levantarte y seguir. You have to have something in here that makes you get up,” she said, pointing to her heart. “For me it was that dream of having my first store.”

This wasn’t her dream when she sold her first tamale. The Delia Tamales business started after Lubin and her husband moved back to the Valley to be closer to her family, from Chicago, where they had lived for ten years after their marriage. They were going through hard times because he wasn’t earning much, and as she was used to working in Mexico, she didn’t like sitting idly. “My whole goal at first was to leave behind food stamps, government housing, all this assistance because I didn’t like being dependant and didn’t want this for my daughters,” she said. So when her sister one day told her, “How about we make some tamales…to sell?” Lubin took her up on the offer. They started with 5 pounds of masa, selling them around where she lived. “We made enough money from this to buy supplies for another 5 pounds, and a profit of $5 each,” she explained. At that time, neither Lubin nor her sister had money, so they made a little bit more the next day, sold them, and worked together like that for about a year. She said that their husbands got in the way eventually, bringing an end to the partnership. For about two weeks after that, Lubin stopped the business until she thought to herself, “Why? I can do this, yo tambien puedo,’ and again started making tamales by herself in a smaller capacity. She continued the business out of her own home, making deliveries with her car. She would wake up at four in the morning to prepare the tamales so they would be freshly made for breakfast delivery on Fridays.

“This was around ‘89, I think,” she said, trying to remember. “I’m not sure because I never took down notes or photographs; I never recorded anything because I never thought God and my customers would take me to where I am now,” she shared. She feels she was blessed in several ways, beginning with her early customers. “I was able to go out, make my deliveries for breakfast and lunch, and by 12:30 p.m. I was done, gracias a Dios. Granted, a few businesses would close the door on me, and if I am being sincere I can admit that in the beginning it was a bit embarrassing, but most were very nice. There was always a person who helped me. I would ask this person, ‘Would you like some?’  And the next time I arrived, they would have a list of orders for me.” Lubin’s customers spread the word about her tamale delivery service, and started to tell her they had an interested friend or relative at another business. “Can you go to…” became a common request for her. “I got more customers,” she said, describing what would become the driving force for her tamale business. It got to the point that she had to start making her rounds on Thursday too, because there were too many to reach in one day, and eventually Wednesday as well. “They started asking me for little things like napkins, a bag, salsa, and someone suggested a little bit of salad, so since then I kept that formula: tamales, salsa, salad.”

“I did this for 15 years,” she said.  “When I got divorced I raised my daughters by myself–but I provided for them. It’s very hard work, but there were lots of opportunities.” She finally applied for the business license for her first store, which only cost $10, much to her surprise. “There were difficulties, but I remember the first time I overheard someone say, ‘Hey, let’s go to Delia’s for lunch,’ I was so excited,” Lubin said. “I had a lot of faith in what I was doing, but it has been a surprise for me that tamales have been so welcomed as a food for breakfast, lunch, dinner, and even special events.” She remembers that it was a very beautiful feeling to hear her business promoted through word-of-mouth. She holds the belief that this country is one of opportunity, which allows anyone with a can-do attitude to succeed.  After the first store opened its doors, the expansion was exponential. 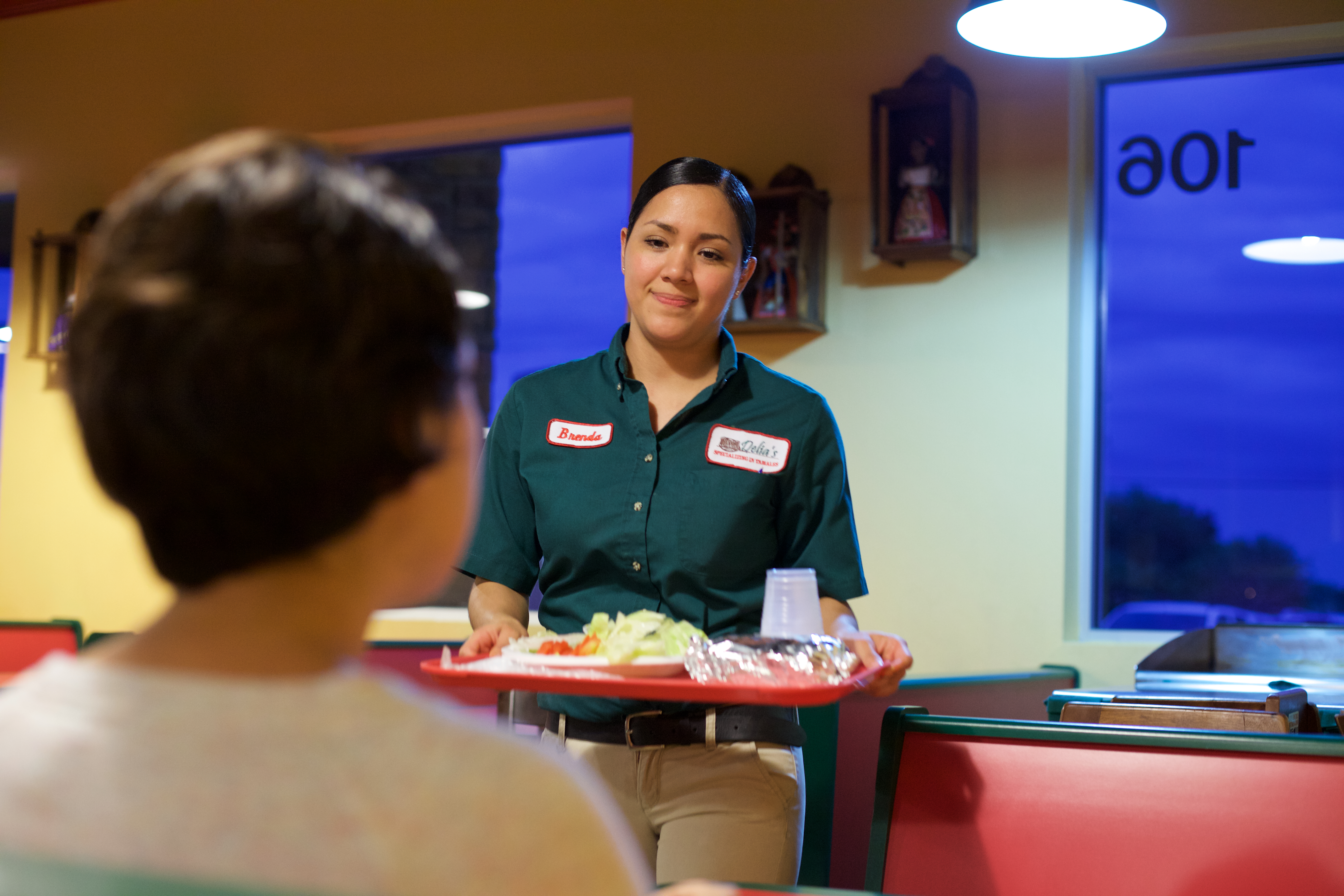 It was when thinking about the third location several years later after the second that Lubin realized there was far too much demand to continue the operation as it was. She was getting requests for Delia’s stores in other towns (which continue to this day), so she wanted to speed the process of making them. Lubin says they searched, but there was no machine out there that suited their needs exactly. Without wanting to disclose company secrets, she explained that all the tamales are made at one location with some mechanical assistance, but there are many hands at work in her kitchen, and each tamale is individually attended to. “We have a line of about 20 ladies whom we are glad to be able to provide jobs for, who wrap the tamales by hand,” she said. A central kitchen also ensures quality is maintained across all her restaurants. The tamales are made fresh and then either steamed in store and served, sent to the other five Delia’s stores to be steamed and served there, or frozen for shipment all across the country. Delia’s website allows for ordering tamales delivered by mail that quite a number of people have made use of, ordering over a thousand dozens every month during the year. In December, orders peak at over 7,000 dozens, coming close to matching in-store business. They prepare for the winter rush with months in anticipation, and it is still never enough to meet demand. As soon as the first cold front hits the valley, every Delia’s location is slammed.

“The winter months are a marvel for us,” said Delia Lubin, the 69-year-old owner of the chain. Delia’s Tamales will shut down day-to-day operation at all six locations the week of Christmas, staying open only for pick-up of pre-orders. You will see lines of cars all the way down the block.

“I have to apologize to many of my customers. I often have to turn them away because I don’t have enough tamales to serve everyone as I would like to do. It breaks my heart because it’s sometimes my best clients who count on me all year long, and I have to let them down because I have to attend to the orders first.”

It’s not the worst problem to have as a business owner, and she is expanding little by little, as is her way. “Hopefully by next year, we plan to open one in San Antonio. I would like to keep growing, because everyone wants to have a Delias, which to me is a great satisfaction,” she said. She is very appreciative of the loyal customers who got her to where she is now.

Lubin has a market clamoring for her product: authentic taste with a hint of nostalgia. The cultural comfort food has blended with the American way of life that we’re enjoying in the Valley and started a new tradition. Delia Lubin has found a way to share a love for the traditional food of our region with future generations by ensuring the popularity of a time-consuming meal that was likely to die in the hands of our instant-gratification generation.

“There are people my age and older, who remember me from earlier days, and that’s also a great feeling. I want to thank all of them, because it was marvelous to have all their support over the years. What can I say now? I’m happy with life!”